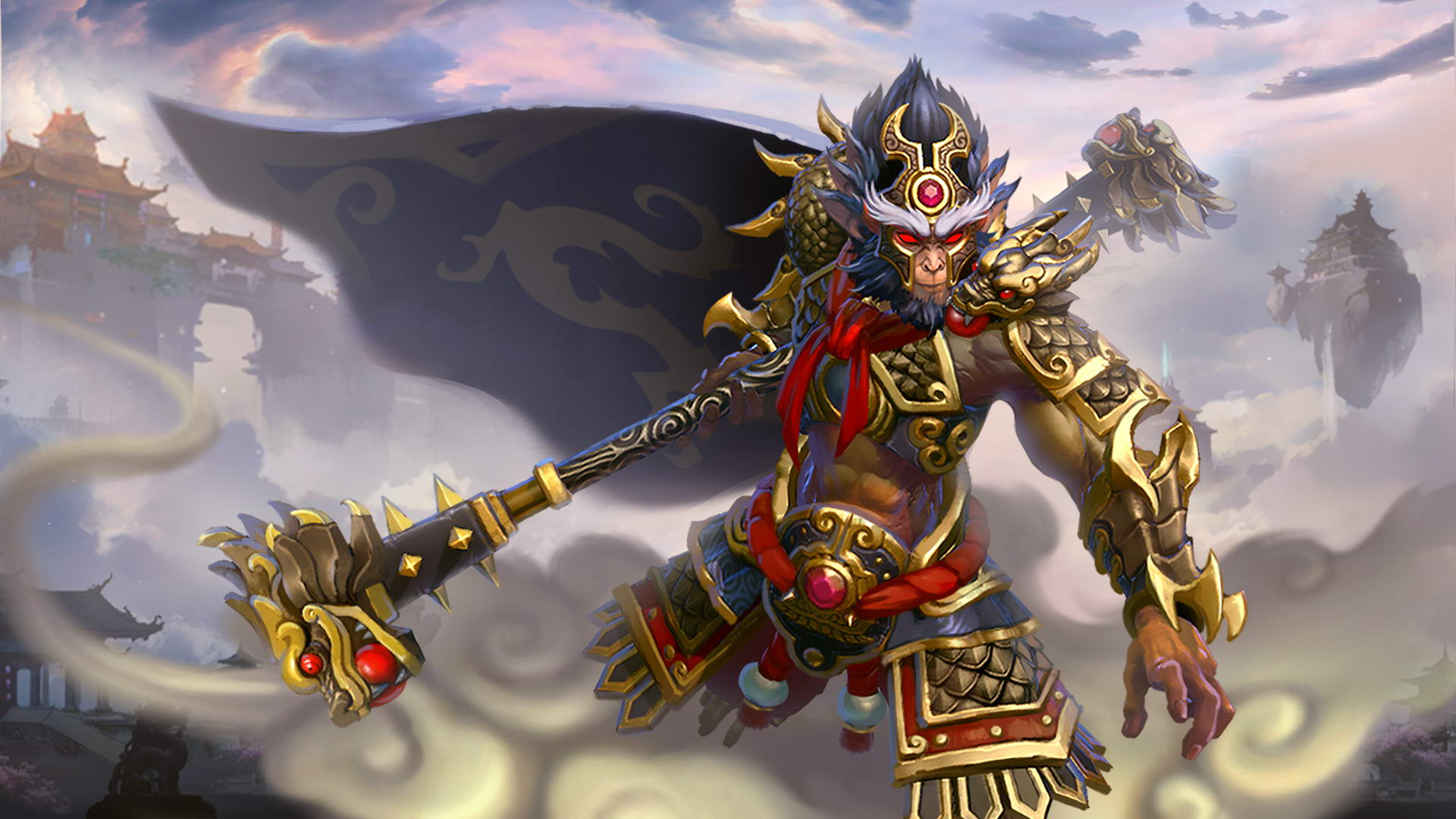 Laning in Dota 2 may look like the simplest element of the game. It seems like your only objective is to last hit creeps to secure gold. While that’s true to some extent, there are many other underlying in-game elements that you’ll need to consider. With the right moves, you can make it so that your opponents won’t be able to contribute to their team, getting you one step closer to tearing down that Ancient for some MMR.

How you play out the laning stage and early game can be more vital than your hero choice since the first 15 minutes of a match is potentially more important than any other stage. The laning period dictates the decision-making of all the heroes on the map, including their item choices and farm patterns. Some may even decide to abandon their team due to a kerfuffle.

The heroes you pick at the start of a Dota 2 match will significantly impact how the game will proceed. Getting countered during the picking stage will make it tougher for you to utilize your hero to the best of their abilities, but it doesn’t necessarily have to be the case all the time.

Here’s everything you need to know about laning in Dota 2.

How can you improve your laning in Dota 2?

Playing Dota 2 may not be the best practice for getting better. Think of it like this: If the first humans on Earth had a tutor from today teaching them the basics, it would take them a lot less time to advance through the Stone Age.

If you find yourself getting lost during the laning stage, it could be a signal for you to start watching more than playing. It doesn’t matter what your role is, you can do the following to improve your gameplay in a relatively short time.

Pick a professional or a high-ranked Dota 2 player that prefers the same role as you. Download their replays where they play heroes you like or find some on YouTube. You won’t be watching these replays like a TV show episode, however. Get yourself a pen and paper and start watching the replay from start to end while focusing on the laning stage the most. Write down all the things that surprise you and try to analyze all the plays they make.

Ask questions and try to replicate their gameplay in your next match. This will help you understand the laning stage better, and you’ll be able to concentrate on more microgame decisions that are also key to success during the laning stage.

Though all the guides in Dota 2 do a great job of pointing you in the right direction, thinking about your item decisions before you lock them will do you good.

Think about the heroes you’ll be laning against and itemize accordingly. It’ll always be a good idea to stack enough regeneration and some stat items to increase your damage, but you may favor doing one over the other, depending on your opponent. If you feel like you’ll be walking into an aggressive lane, it may be a decent idea to buy more regeneration than usual just to help you sustain in the lane.

Against heroes that repeatedly spam spells like Bristleback, Skywrath Mage, or Zeus, you can consider getting a Magic Stick right off the bat, which can heavily increase your laning presence.

Magic Wand is a must-have item in most games, but if you’re against heroes that don’t cast many spells, you can also delay picking it up to buy other impactful items. Getting your boots early can help you make rotations and secure kills in other lanes, allowing your teammates to get ahead of their opponents.

Work on your laning mentality and small laning objectives

Most players walk into their lanes without even thinking about who they may be facing. A pre-laning routine is beneficial since it helps determine your item choices and play style.

In most lanes, players will vary between being theaggressor and the defender. As a defender, knowing when you can put on some pressure will be vital, and the aggressors should also realize when they need to be defensive. For example, a lane consisting of Crystal Maiden and Juggernaut may need to start off defensive due to how fragile Crystal Maiden can be. The duo can slowly get more aggressive as Crystal Maiden gets to level two or three, and especially after Juggernaut reaches level six.

Even if your opponents have heroes that are stronger than you during the laning stage, you can use the creeps’ positioning to land a few hits on them. Every time a hero hits a creep, you can think of them as immobilized. A hero won’t be able to move anywhere when they’re performing their attack animation, allowing you to harass them to lower their HP.

Taking down your opponent’s tower is the ultimate objective, but it may not always be possible. Before you can get to that stage or to a degree that you can concentrate on other objectives around the map, you’ll want to secure range creeps that can let you out-level your opponents since they give the most XP and gold.

It doesn’t matter if you’re the support or the core hero, pulling neutral creeps to aggro your lane creeps at the right time can help you win a lane since you’ll be denying a lot of XP from your enemy.

Every five minutes, four bounty runes appear on the map, awarding teams with extra gold. Ideally, you’d want to get at least two of them, but more will always be merrier. If we don’t count the starting bounty runes, the first two sets spawning at the five and 10-minute marks can be your cue to make some plays.

Almost everybody will want a piece of the bounty runes, and this can create dream opportunities. If the enemy is beating you to a bounty rune, you can use it as an opportunity to pile the pressure on their laning partner.

The power-up runes spawn every two minutes, and they can change the tides of any mid lane matchup. If you find yourself with a rune, like Haste, Invisibility, or Double Damage, you can consider putting it to use by looking for a kill on the map.

Securing power-up runes as a support can also help your mid laner feel more comfortable, so make sure to communicate with them and ask whether they’d like help.

Watch out for timings and play around them

The rune timings are a great example of what you can do around the map when the time comes, but they aren’t the only opportunities you can work with. During the laning stage, you’ll have multiple power spikes, which can be due to a level or an item advantage.

Being able to identify these can help you secure kills when your enemy doesn’t expect it. A couple of examples could be when you get your boots before the enemy, giving you a movement speed advantage over them. This can also be a level advantage where you unlock a powerful spell before them, leaving them one step behind in terms of power for a short time.

These power spikes don’t last for long, so you’ll need to act quickly to take advantage of them.

Draining your mana while casting spells can give your enemies an opening to take you down, but sitting around with full mana isn’t any better either. You’ll want to find the perfect moments to use your spells and avoid using them without any goals.

If you’re about to unlock a spell combo with your upcoming level, saving your mana for that moment may be more ideal. In duo lanes where both heroes on the lane have stuns, paying attention to not stacking them can make the difference between securing a kill or leaving empty-handed.

If your laning partner stuns an enemy, you’ll see a bar on top of them, indicating how long they’ll be stunned for. In most cases, you should cast your stunning spell when that bar is close to disappearing. This’ll increase the total time that your enemy will be stunned for, letting you deal more auto-attack damage in the process.

Learn when to pull or switch to the jungle

The current Dota 2 map is designed in a way that all heroes can find a jungle camp close to their lanes. This is especially helpful to keep the farm momentum going on since you can only increase your gold per minute by keeping up the tempo.

When you push the lane too far up in side lanes, pulling the new allied wave to the closest neutral camp will let you get the lane equilibrium to your side alongside denying your opponents some XP. You’ll have two chances to do this in a minute, and the lane creeps’ position will be important before you do so. Watching guides or pro players doing it can help you master this method, or you can also purchase Dota Plus, which adds timers for pulling and stacking.

While it won’t be possible to perform pulling as a mid laner, you’ll be able to take down a neutral camp in between creep waves. If you push the lane far up under the enemy tower, you can easily rotate through the jungle and be back in time to farm the next creep wave in your lane.

Rotations like this will ensure that your gold and XP income never stops. Constantly staying active around the map is essential to rising high in the net worth chart.

Use your Town Portal Scroll

When you load into a Dota 2 match, you’ll have three Town Portal Scroll (TP). They allow you to make three free rotations around the map, and doing so during key moments can increase your team’s winning chances.

If you realize that the enemy is diving under the bottom tier one tower, you can catch them off guard with your TP and pick up those easy kills. Considering you’ll find yourself on the other side of the map, it may also be a decent idea to farm around the jungle before making your way to where you came from. Note that this mostly applies to core heroes as it’ll be tough for supports to take out jungle camps during the early stages of the game.

Watching replays from professional players’ perspectives will help you drastically when it comes to learning about the finer details of Dota 2. If you can’t seem to apply what you’ve seen in the replays to your game, however, it may also be a decent idea to seek help from coaches.

High-ranked coaches from the Immortal tier and above know the most ins and outs of the game. They can help you pinpoint what’s been going wrong in your games and tell you precisely what you’ll need to work on. These personalized replay analyses can help you finally figure out how you can improve your gameplay, helping you climb up the ranks faster in the process.