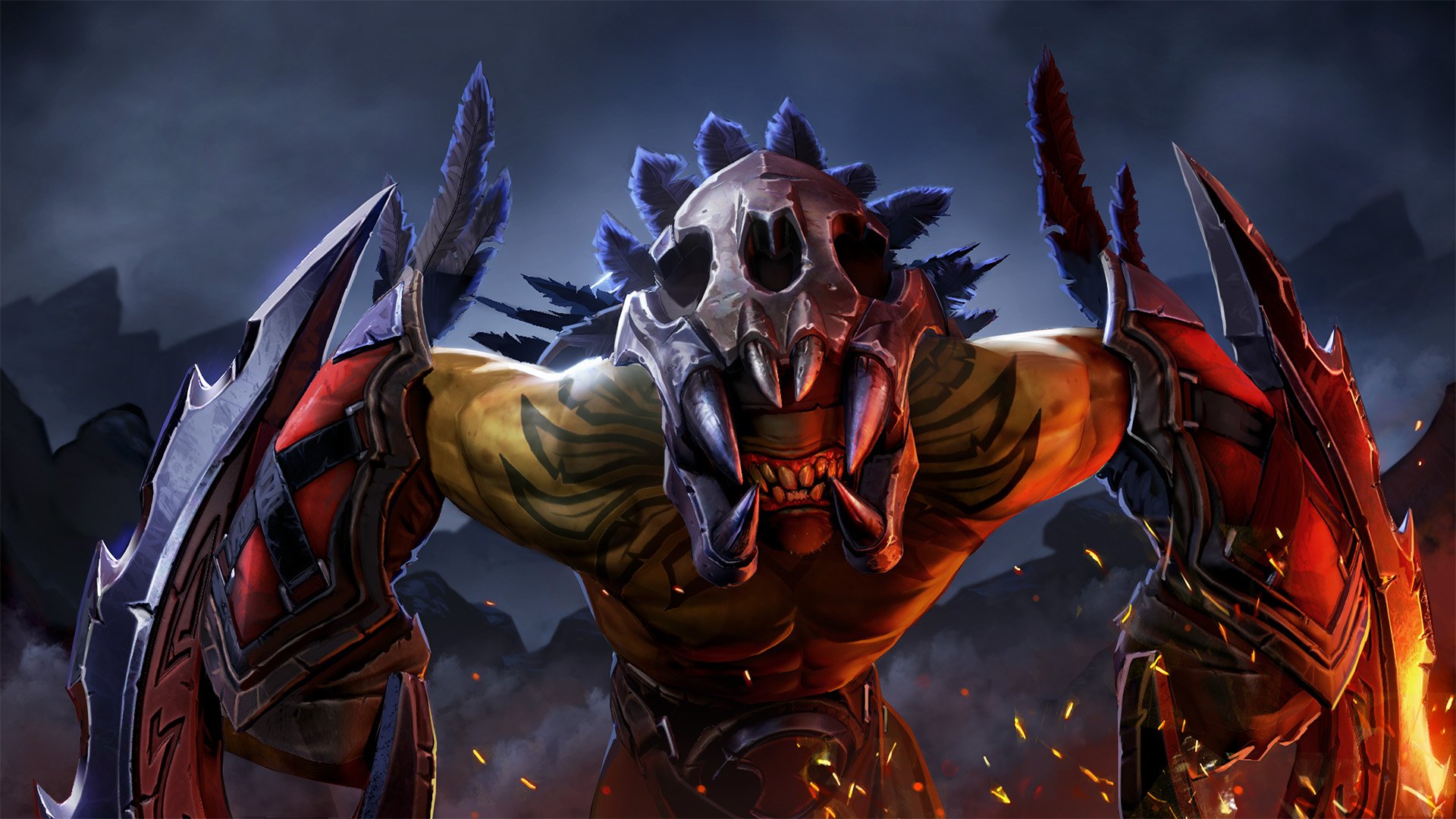 Since Team Secret pulled out the Bloodseeker offlane pick in a series vs. OG last month, the Dota 2 hero has swiftly climbed the ranks as one of the best in position three.

Here are the most successful offlane combos in Dota 2 Patch 7.27d.

The only thing Bloodseeker really lacks in the laning stage is control. It’s no surprise that one of the best early-game disablers in Crystal Maiden will go well with the hero.

Related: Is offlane Bloodseeker a trend or fad?

Bloodseeker’s Blood Rite is a potent pure damage spell that covers a large area but has a long cast time. Crystal Maiden’s Crystal Nova 4.5-second slow will impede their enemies long enough for them to bear the full brunt of Bloodseeker’s nuke.

Crystal Maiden almost always hovers above a positive win rate in pubs, no matter how bad her competitive tier is, largely thanks to her mana-providing Arcane Aura that’s passively useful throughout the game. Bloodseeker is no exception since his new offlane skill build means he’s a more mana-hungry hero than before.

Underlord and Dark Willow are two of the best heroes at making the very ground a treacherous trap to navigate. Both heroes have ground-targeted spells that are extremely annoying to navigate and complement each other’s disables.

Underlord’s Firestorm and Pit of Malice is already a damaging combo on its own. Couple that with Dark Willow’s Bramble Maze and Cursed Crown, and enemies without magic immunity will suffer suffocating seconds of damage-over-time as long as both heroes have the mana to pump it out. And if you need a long-range finishing blow, Willow will be more than happy to supply a nuke out of her Shadow Realm.

Necrophos and Nyx Assassin are nearly impossible to kill. You’ll see both your health and mana drain away from Necrophos’ Heartstopper Aura and Nyx’s Mana Burn. If you try to make a move on them, you’ll be greeted with a host of nasty heals and nukes in Death Pulse or get stunned with the usage of Spiked Carapace.

The moment this lane hits level six, both heroes gain a massive uptick in nuke damage that’s almost always a surefire kill. Nyx Assassin’s Vendetta and Impale will provide the damage and control, while an incoming Reaper’s Scythe will guarantee the finishing blow.

Clocking in as the only dual melee combo in the top five, Dark Seer and Spirit Breaker have become best buddies since 7.20’s change to his Charge of Darkness. Charge was changed from a set speed to becoming affected by his current movement speed, a perfect combination with Dark Seer’s Haste-granting Surge.

Plus, Spirit Breaker now deals more damage the more movement speed he has with Greater Bash. Coupled with his partner’s Ion Shell, the two tanky heroes are almost impossible to push out of the lane and will whittle enemies down with their immense speed, high durability, and close-range combat prowess.

Warlock’s Fatal Bonds and Legion’s Overwhelming Odds are a highly damaging combo. Fatal Bonds binds several targets, causing them to share damage, while Overwhelming Odds gain extra damage based on how many units are caught in its AoE. A properly executed link will severely diminish your opponents’ health.

These two are also sustainable in lane. Warlock has Shadow Word, which can double as both a heal and DOT nuke, while Legion has Press the Attack to remove debuffs and can provide a burst heal.

Both heroes also have magic immunity piercing ultimates, which can be an important source of crowd control later in the game. They usually don’t represent a kill threat because of their lack of burst damage, but wearing your opponents down can be just as effective.