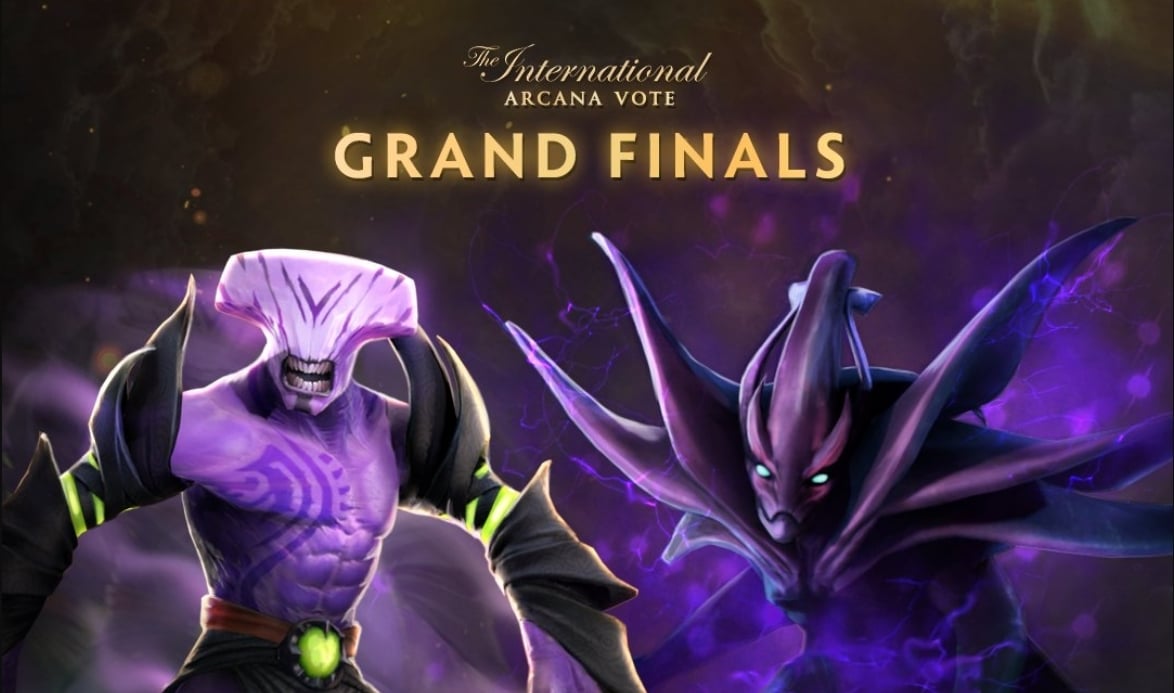 Despite the distinct lack of ab International Champion being crowned, the TI10 Arcana Grand Final just locked in its competitors.

Amidst upsets and millions of votes spent on Sniper and Witch Doctor, the purple duo of Faceless Void and Spectre will be facing off to see who will get a fancy new look.

Each year, Battle Pass owners get a chance to vote throughout the Summer on which hero should receive an Arcana item set. An Arcana set comes with extensive customizations such as animations, icons, sounds, and more.

It is unfortunate that we won’t see what could have been with a Sniper Arcana or Witch Doctor getting a little love, but all signs this year point to Spectre stepping out of the shadows and into the spotlight.

Spectre leads the pack with over 54 million votes cast for her over the last six rounds. Meanwhile, Faceless Void sits around 49.6 million in second place, well over 17 million ahead of the third-place Witch Doctor.

Because of the pre-existing numbers, it is highly likely that Spectre will win it all before the end of the week, but Faceless Void has been in this position before. He placed second in the Arcana voting for 2018’s Battle Pass behind Rubick, leaving him without an Arcana to call his own.

Fans have been speculating that because Wind Ranger is getting her own Arcana in the next few weeks as part of the TI10 Battle Pass, Faceless Void might get his own next year even if Spectre does win. Wind Ranger lost to Ogre Magi in last year’s Arcana Vote Grand Final, so the evidence does hold up.

The voting totals have already surpassed last year’s, as Ogre Magi won with just over 30.2 million votes. But nothing this year’s vote turns out can surpass the genuine joy SirActionSlacks displayed when the reveal was made live on stage at TI9.

Either way, players can cast their votes on which hero should win The International 2020 Arcana Vote through Sept. 6.