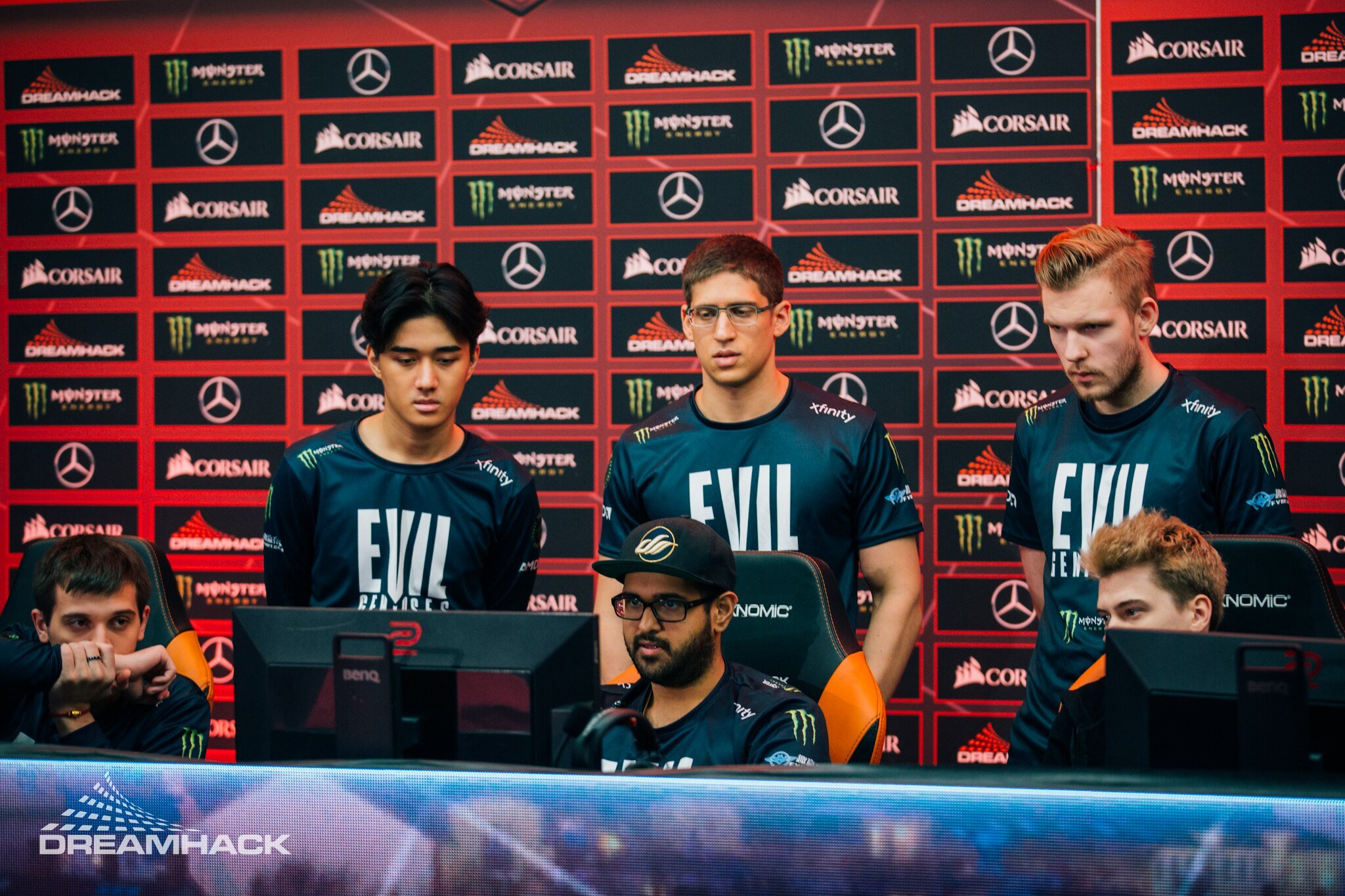 Evil Geniuses finally got their revenge against Vici Gaming at the Dota 2 DreamLeague Leipzig Major in the lower bracket finals today. Before winning the series 2-1, EG have lost six games in a row to the Chinese giants.

EG will move on to face one of the strongest teams in the world in Team Secret, who in spite of their one-tournament break at the start of the Dota Pro Circuit, has returned to fine form at the Leipzig Major.

EG have gone from strength to strength throughout the competition. Their two new recruits in the offseason, “Abed” Yusop and Roman “RAMZES66” Kushnarev, have settled in without a hitch. The two have been repeatedly thrown into solo situations and, with their immaculate technique, dominate games on their signature heroes.

It’s not all doom and gloom for VG. The Chinese giants end their tournament run in a respectable third. With a second placing previously at the MDL Chengdu Major, the squad has practically guaranteed their ticket to The International.

While VG have top-tier execution and versatility, they are generally enslaved to the meta-game. It is a disciplined approach, but they are sometimes caught out by teams that are able to use off the cuff heroes and strategies like Team Secret. Regardless, they can think more about how to improve themselves as they go home with $110,000 and 2,100 DPC points in their pockets.

The first game was a low-kill affair until the mid-game. The early game was characterized by multiple lane swaps from both teams trying to eke out any advantage they could. VG went into the mid-game with a slight lead, but EG turned the game around with an immense teamfight that saw Zhang “Eurus” Chengjun’s dominating Ember Spirit fall.

While VG fought back hard, they were unable to stem EG’s overwhelming damage output from all three of their cores. The game quickly became out of reach for VG, and the Chinese giants conceded.

Game two saw VG go for the classic Gyro-Io combo. EG decided to go for a cheesy last pick in Broodmother to try and counter out VG’s apparent lack of AOE, but VG handled the spider admirably. It wasn’t until Artour “Arteezy” Babaev’s huge play that gave EG a glimmer of hope.

As the game dragged on, however, Eurus and Ding “Dy” Cong’s Io only got harder to kill. With each new item that Gyrocopter purchased, VG rallied expertly around their carry and tore through EG’s defenses repeatedly.

The final game saw EG pick up “Abed” Yusop’s Storm Spirit, a hero that he has been on fire with throughout the tournament. VG tried a faster tempo with a Puck, Magnus, and Doom core.

VG started the game with a lot of farm, owing to their cores’ ability to siphon resources off the map. EG slowly farmed up their items and avoided fights. EG’s big teamfight ultimates like Chronosphere and Ice Blast greatly aided their power in the mid-game, allowing Abed to take over the game.

The final nail in the coffin was an Abed rampage, executing a crumbling VG that was struggling to kill their opponents.