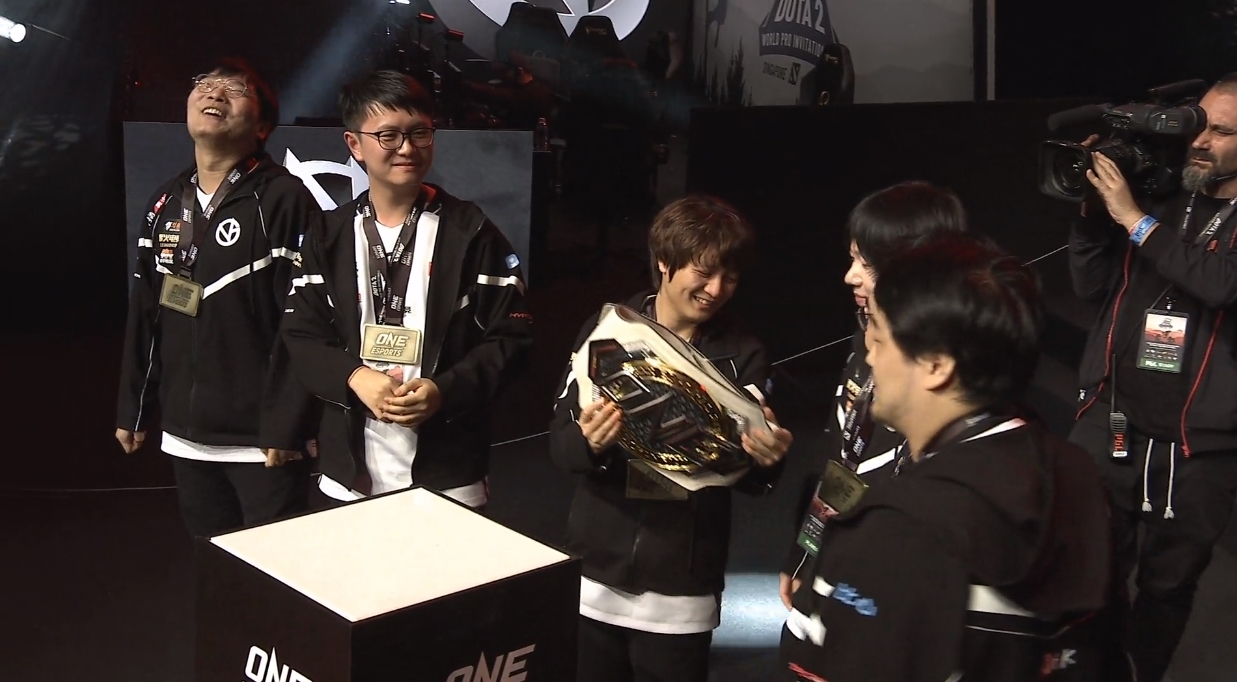 The final major Dota 2 tournament of the year concluded with a showdown between the top teams from China and North America after Vici Gaming completed their lower bracket run to win the ONE Esports Dota 2 World Pro Invitational Singapore.

Evil Geniuses managed to put together a strong performance, crushing the group stage and dominating some of the best teams in the world to make it into the grand finals—but the NA giants fell just short in the final series.

Vici struggled early on, dropping a full series to EG in groups and then splitting three different matchups, barely making it into the playoffs because of their single win over Team Liquid. And once the Chinese team made it into the main event, they ended up facing the top team in the world, TNC Predator, in the opening round.

Despite being underdogs that early on, Vici managed to push TNC to a third game and eventually eliminated the top team with a convincing 2-1 series. And that win started a gauntlet where the Chinese squad had to play four straight games against some of the best teams in the world.

Team Secret were arguably the only other team that gave them a real run, forcing another game three as Clement “Puppey” Ivanov and his team tried to make up for an early drop into the lower bracket. But that third game was a complete stomp by Vici thanks to Zhang “Eurus” Chengjun and Zeng “Ori” Jiaoyang absolutely dominating the game, with neither player dying once on the way to an 18-minute win.

After that, Vici didn’t face much resistance on their path to the finals, dispatching both Alliance and Gambit Esports in two competitive series that ended in sweeps.

Meanwhile, EG handled their business as Tal “Fly” Aizik had his team looking the best it has all season, easily sweeping EG and Gambit to make it to the grand finals on the back of a dominant group stage performance. But Vici just seemed to have EG’s number right from the start, since Eurus and Ori managed to outplay Artour “Arteezy” Babaev and outlast Abed Yusop to help their team pull away early and keep the lead despite the NA team lingering.

Every game in the series lasted over 40 minutes, with both teams holding leads in each round. But Vici always managed to come out on top.

Game two saw EG build a strong advantage through the 20-minute mark thanks to Arteezy bouncing back from the loss. That lead held for most of the game slowly started to dwindle in the final moments until one fight turned the tide and Vici quickly pushed for the throne after killing both of EG’s cores.

In a decisive game three, Vici had another slow start but never let EG pull away, biding time for their late-game draft to come into play and allowing Eurus’ Slark to completely decimate the enemy. His 17/5/11 performance combined with a combined 42 assists from both Ori’s Kunkka and Xiong “Pyw”‘ Jiahan Disruptor sealed the team’s third straight sweep and the tournament win.