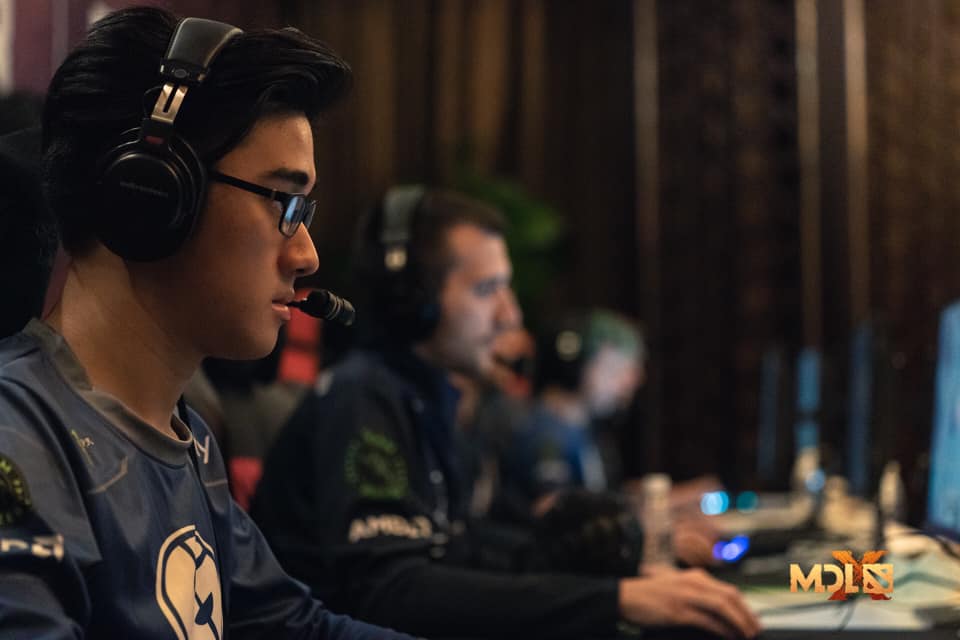 Invictus Gaming matched up with Evil Geniuses in the upper bracket of the Dota 2 MDL Chengdu Major earlier today. Both games were turnaround performances from the more experienced EG squad and IG were unable to carry their early advantage to a victory.

IG went into the series with a 10-game winning streak, having won six straight to win the Dota Summit 11 Minor and having a flawless group stage at the Major. Meanwhile, EG had their customary slow start to a tournament, almost missing out on the upper bracket after a tough series against Team Aster.

Related: Evil Geniuses repel Aster in Group C and head to the upper bracket at the MDL Chengdu Major

IG started game one by picking up the increasingly popular Night Stalker, putting their mid laner Zhou “Emo” Yi on it. The Chinese squad followed it with a Timbersaw and Gyrocopter for tons of AOE damage.

EG took the other omnipresent carry, Faceless Void, and picked up a core Enigma and support Pangolier for an extremely greedy lineup.

IG won the lanes handily, and even with an Enigma denying creeps, their Gyrocopter was farming freely while Artour “Arteezy” Babaev’s Faceless Void was getting demolished by the Timbersaw. IG started to dominate the map and made routine incursions into EG’s side of the map.

But Arteezy showed why Void has been a perennial carry pick for months. His Chronospheres helped set up key counter-initiations that punished IG’s aggressive lineup. Andreas “Cr1t” Nielsen had a phenomenal game on Pangolier, despite the hero’s lack of success in the tournament so far. He used Pangolier’s long-range spells to constantly follow up Arteezy.

In the blink of an eye, IG found the tables turned on them even with EG’s late-game lineup. Instead of dragging the game out, Emo quickly conceded and left the game, and the Chinese squad swiftly moved on without even losing a lane of barracks.

In game two, EG seized the Chen and Kunkka for healing and damage mitigation and placed their trust in the Arteezy Lifestealer. IG took the Invoker for their star player Emo, backing the mid laner up with an offlane Axe and carry Gyrocopter.

For the second time in the series, IG was off to a hot start. IG won all three lanes convincingly and Invoker’s Sunstrike helped secure kills in the early game.

The Chinese squad’s inexperience saw their advantage ripped away from them yet again. Their aggressive posturing was duly exploited by EG’s prompt engages and EG’s competitive experience clearly shined through.

IG threw away their early-game lead with overly audacious rotations once again. A particularly egregious misplay by Emo sealed their fate and the Chinese squad couldn’t stand up to EG’s assault on their base.

In two straight games, IG were perhaps a tad too unafraid. Playing without any respect for their opponents, the Chinese looked dominant in the early stages of the game, but quickly threw away their lead with belligerent dives and unforced errors. This strategy might have worked for them in the Summit 11 Minor and the group stage of the Major, but they’ll need to temper their approach against high-caliber teams in the playoffs. The Chinese squad is obviously skilled, however, and remains one of the most interesting teams to watch at this tournament.

EG capitalized on their timings well and kept their nerve even against IG’s dominant early game. The North American squad can take pride in their clean execution in two games, managing to beat the Chinese team without too much trouble. With several of the best teams in the world deciding to take a break from this Major, this just might be EG’s chance to finally claim their maiden Major championship in the Dota Pro Circuit.

IG will drop down to the lower bracket and play Fnatic in an elimination match. EG have guaranteed themselves a top-six finish at the MDL Chengdu Major and move on to clash against another contender in Vici Gaming, the Chinese squad that looked commanding in their upper bracket matchup against Fighting PandaS.