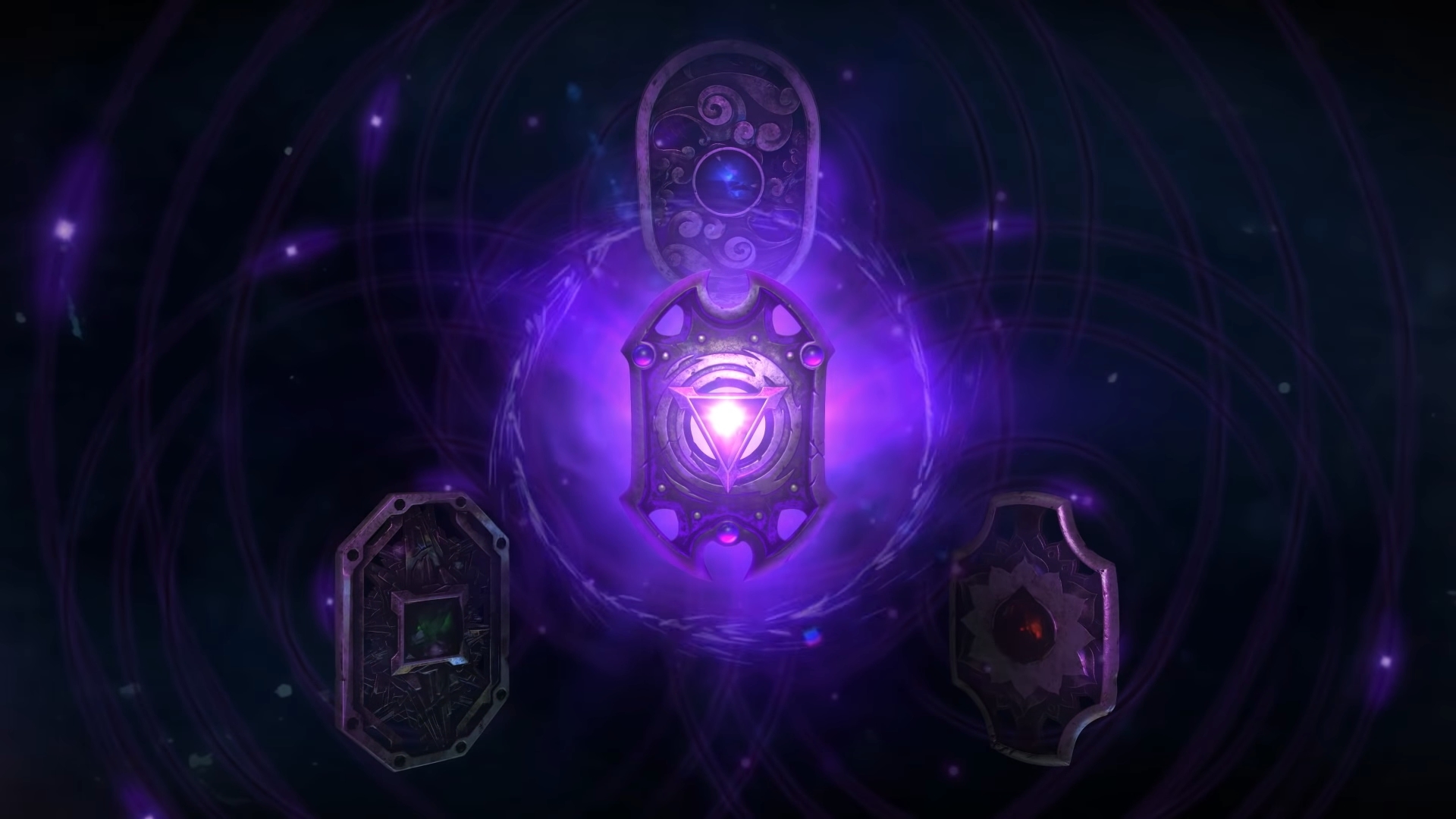 Another International, another two heroes confirmed to be coming soon to Dota 2, and this time, one of them is a hero fans have speculated about for years.

Controlling what essentially consists of dark matter from another dimension, Void Spirit is the fourth Spirit Brother to come to the game. Joining his elemental spirit brethren Earth Spirit, Ember Spirit, and Storm Spirit, he will embody and utilize his own element to aid him in battle.

We don’t know much about this element, or what the Void truly is, but if we dive into the lore of Faceless Void, another hero in the game, we can piece together a little bit of information.

“Darkterror the Faceless Void is a visitor from Claszureme, a realm outside of time,” the excerpt reads. “ It remains a mystery why this being from another dimension believes the struggle for the Nemesis Stones is worth entering our physical plane, but apparently an upset in the balance of power in this world has repercussions in adjacent dimensions.”

It goes on to say how time means nothing to him, and his ability, the Chronosphere, is proof of that. And it also plays into Void Spirit, as he is seen opening a tear from a blank void of nothingness to address the crowd in Shanghai.

It is clear his powers will have something to do with time or teleportation of some kind. This likely will allow him to stop enemies so that he can attack them with his dual-sided sword, or perhaps it will debuff them and allow his allies to jump in for an easy cleanup.

Regardless, the community has long speculated that the fourth spirit that Valve has teased them with countless times would be coming, but none got quite as close as Dota 2 personality Jake “SirActionSlacks” Kanner. In a video from his series about Dota lore, LOREGASM, Slacks breaks it down nearly perfectly, almost a full year before the hero was revealed.

He talks about how colors mean something in Dota and how purple represents both mystery and the unknown, which fits Void Spirit perfectly. We can glean nothing about him because we have seen nothing. He is likely to be either a support or carry, but we haven’t even seen a single confirmed ability.

At least with Snapfire we saw her mount, some guns, and a potential buff she can give using her homemade cookies. But we literally saw nothing outside of the void that this spirit came from, so the speculation rages on as fans scour the trailer for every little detail.

Void Spirit is set to release alongside Snapfire and a new event update, The Outlanders Update in Fall 2019. As of now, that date is looking like it will be sometime in November, based on the previous spirit’s release dates.