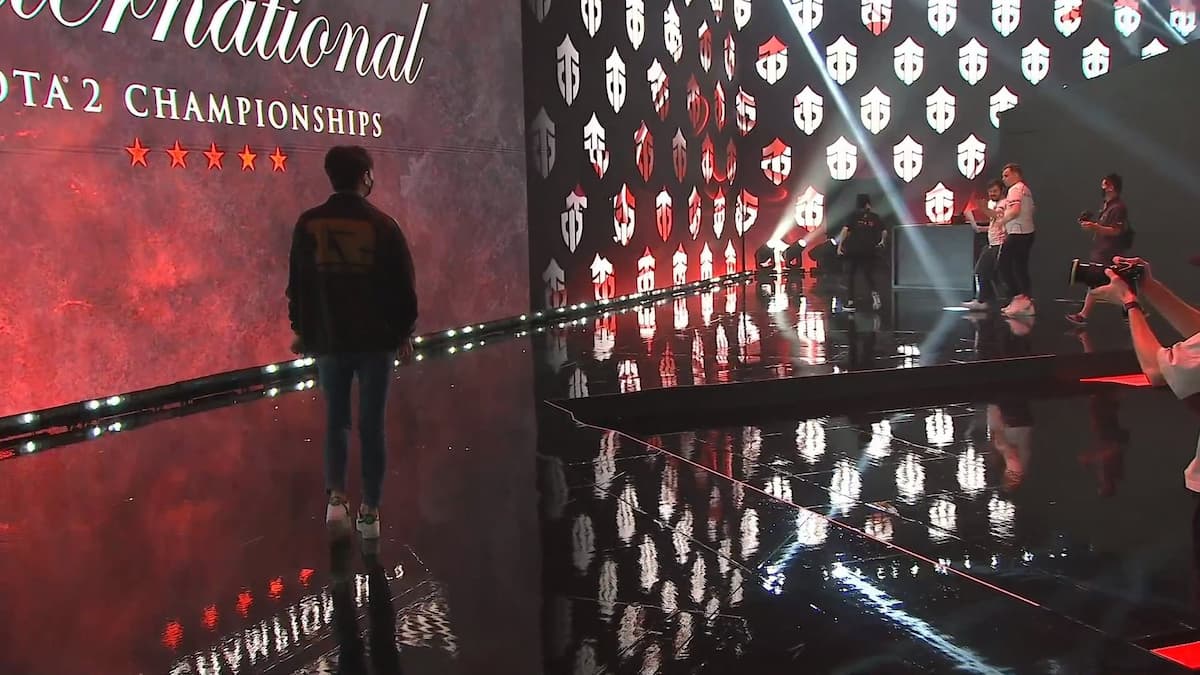 If tired Dota 2 fans were looking for a quick final game to end the opening day of The International 2022 main event, neither Entity nor Royal Never Give Up were looking to oblige. Instead, the two teams played a best-of-one elimination game that set the TI record for the longest game on the main stage in event history.

Despite their best efforts, almost an hour straight of excellently positioned teamfights, and not one but two of the wildest throne rushes in recent memory, RNG fell to Entity and were eliminated from TI11.

From the start, the atmosphere for this showdown felt very different since only xNova appeared on the stage for RNG to face down the entire Entity roster. This is due to his four teammates contracting COVID and being forced to play from isolation since midway through the group stage.

Instead of his teammates, xNova was surrounded by four oversized teddy bears to fill the empty seats. And while this was funny enough to spawn a copypasta theory about him controlling everything about RNG like a puppet master, it also led to one of the most somber ends to a TI run you can imagine since he eventually stood and walked away alone to the crowd chanting his name following his team’s defeat.

This loss not only marked the team’s final game at TI11 but also the ninth straight loss following the start of their health complications, which saw the players struggle to play to the best of their ability due to coughs, fevers, and other symptoms.

If that wasn’t enough, this might be the final time fans get to see Somnus play competitive Dota since the legendary Chinese player announced he’s retiring almost immediately after the game concluded.

Meanwhile, Entity potentially had the most energetic pop-offs to a first-round win as the players swarmed each other and were nearly toppling over in excitement after a pause that had the community wondering if a little bit of BM taunting was going on, though it was cleared quickly.

“GG. Awesome game. That’s why we like Dota,” Fishman said on Twitter. “Also I have to say that I didnt pause on purpose. I guess it happened when I hit my headset on the keyboard. I’m sorry and [of course] I respect team RNG! Well played you guys [are] beasts. Can’t understand how you can play good like this with COVID.”

The game itself lasted one hour and 47 minutes, making it the longest game to ever be played on the main stage of any TI. The only game longer than this at a TI was a group stage bout between iG Vitality and Team Empire at TI7 that lasted two hours and eight minutes.

It is also the 16th longest game in the history of professional Dota and the longest since Gambit Esports and Team Spirit’s 119-minute showdown at the Kuala Lumpur Major qualifiers in September 2018. And it is only the 13th time eight or more Roshan kills have been taken in a competitive game.

With RNG headed home, Entity will move on to face the loser of Team Aster and Team Liquid in the next round of TI11.