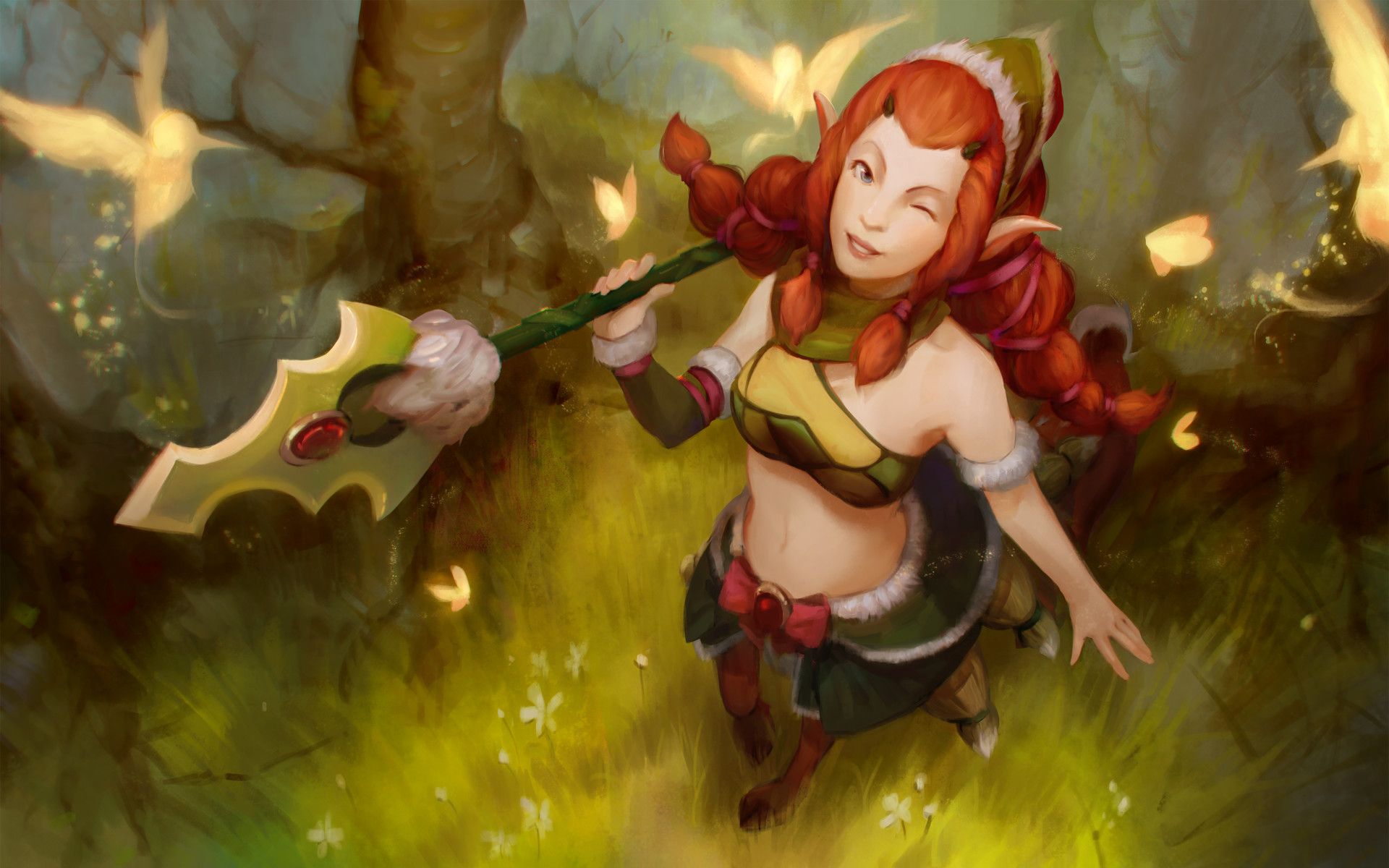 With no opportunity for a sub-patch after the third round of qualifiers for the 2019-20 Dota Pro Circuit, it’s no surprise that most of the heroes that dominated the qualifiers continued to reign at WePlay! Tug of War: Mad Moon.

Mad Moon gave us a brief glimpse of LAN competition before the onset of the StarLadder ImbaTV Minor in a week. Slardar and Enchantress were the two most popular heroes of the tournament with 44 picks and bans. The heroes’ immense flexibility and potential to take over the game from any position proved to be too much of a hassle for most teams who preferred to ban them outright.

Related: Enchantress and Slardar are the most popular heroes in the third Dota 2 Major and Minor qualifiers

Even then, there were a few surprises to be had in the tournament’s meta. Timbersaw emerged as the most-picked hero along with Enchantress, while Nyx Assassin entered the charts as the second-most popular hero in the pick/ban stage, just one behind the Slardar and Enchantress duo.

While Void Spirit remains a strong hero, its best role is clearly the mid lane due to his need for quick levels paired with only moderate farming abilities that makes him unsuited for a side lane core role compared to monstrous laners like Slardar and Timbersaw.

Nyx Assassin is near-perfect counter to the meta

Nyx has seen an increase in popularity because it’s the anti-meta hero. The most popular picks of the tournament all have predictable spells that can be easily turned around with Spike Carapace, while the Assassin’s Vendetta is an annoying invisibility spell that can also apply Break. Coupled with the ever-useful Mana Burn and a good line stun in Impale, Nyx is never fun to play against.

Nyx has long been one of the best counters against Batrider due to the hero’s Firefly ability that leaves a damaging trail everywhere he goes, allowing Nyx to easily Carapace and stun the initiator. The same logic applies to new hero Snapfire, whose Mortimer’s Kisses is technically a channeling spell and can be stopped with a quick Carapace.

Timbersaw, Slardar, and Enchantress all have predictable spell animations or long-range casts that are easy to interrupt. In the case of Timber and Enchantress, Nyx’s ability to apply break reduces the two heroes’ tankiness. Plus, Nyx is one of the better Spirit Vessel builders in the game, which counteracts the three heroes’ high health pool or healing.

With the level 10 talent change from GPM to a slightly increased stun duration, Meteor Hammer has become an even better item on the hero. Due to Meteor Hammer’s delayed stun taking three seconds, the hero’s previous 2.8 seconds stun meant that it wasn’t a perfect stun-lock, allowing escape in some fringe cases.

The duration increase on Impale makes it almost impossible for any hero to escape, regardless of their slipperiness. It also lets Nyx use Vendetta for extra damage instead of stunning at long range to guarantee the Hammer landing.

Timbersaw is ready for every situation

Timbersaw was the most picked hero of the event, sharing the honors with Snapfire. Yet, Timber had an insane win rate of 73 percent, while Snapfire had a below-average 46 percent.

The prevalence of strength heroes in the meta have ensured that Timbersaw continues to be relevant. Timber’s Whirling Death removes primary attributes temporarily, which means that strength heroes get a reduction to their health pool as well. This makes the hero a menace against any strength hero, carry or support.

Lifestealer is the most popular safe lane pick of the tournament, and he’s a strength hero. Similarly, Slardar and Tiny are both versatile strength options. Popular supports like Snapfire and Io are also strength-based, and their support nature means that they have even lesser tools to deal with the Timbersaw menace.

With teams rarely opting for trilanes nowadays, this means that even an offlane Timbersaw will unlikely be entirely zoned out of experience range. The hero’s weakest stage is in his first two levels and he can quickly get out of control if he is not neutered by then.

Medusa has always been known as one of the hardest carries in the game due to her tankiness that scales with Mana Shield and Split Shot that ensures damage output against multiple heroes at all time. Yet. Nigma’s Miracle- has popularized a different way to play the hero: rushing a Divine Rapier.

Miracle- had the highest GPM performance of the event with Medusa, and this wasn’t a long, drawn-out game where he could farm to his heart’s content. It was a game that lasted less than 24 minutes, and Miracle- had farmed a Divine Rapier at the 20th.

The strategy is to abuse Medusa’s Split Shot as a teamfight steroid. Instead of using it purely as a farming tool until the hero is six-slotted, Miracle- buys an early Divine Rapier because its significant drawback of dropping when dead comes with it being the most cost-efficient damage item in the game.

After obtaining a Rapier, Nigma instantly takes Roshan with Medusa’s boosted damage. Split Shot and Stone Gaze make it near impossible for enemy teams to contest the hail of deadly arrows that will ensue. Then, Nigma rushes down one lane and goes straight for the Ancient with the Aegis in tow, disregarding the other two lanes of barracks.

It’s a powerful, all-in strategy that has the barest makings of a back-up plan. Should Nigma lose the lanes and the enemy team capitalizes appropriately, Medusa gets instantly run over and never gets the chance to become a monster. If Miracle- loses the Rapier, it’s practically akin to signing one’s own swift but painful death sentence.