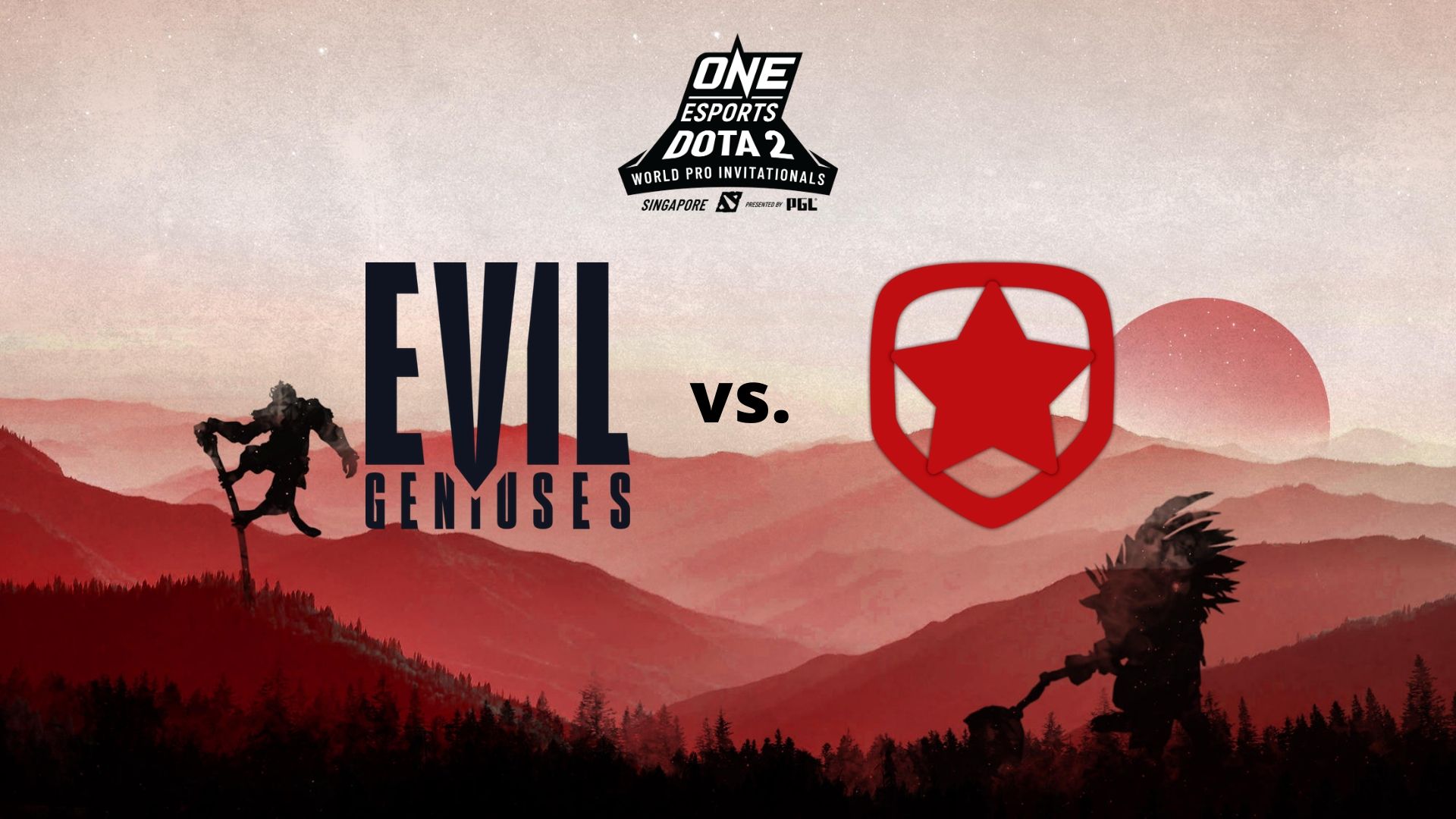 Evil Geniuses took on Gambit Esports in the upper bracket finals of the ONE Esports World Pro Invitational Singapore earlier today. The two teams previously met in the group stage, with Gambit being the only team to sneak a win off EG’s otherwise flawless record.

Alas, fans were greeted with two quick stomps in favor of EG. The North American team wasted no time dispatching their challengers and will be the first grand finalist in the event.

While both games were bloodbaths, it was mostly EG perpetrating and Gambit watching on as hapless victims. EG’s Andreas “Cr1t-” Nielsen was sensational. Playing Tiny for two games, Cr1t- roamed relentlessly around the map, setting up several ganks that catapulted EG’s cores to the top of the net worth charts.

Knowing what Gambit was capable of in the group stage and a dominant series against Alliance, they clearly underperformed today. In both games, the match was essentially lost by minute five as Gambit’s players constantly underestimated the early strength of EG. The CIS upstarts seemed incapable of putting together a gameplan and take the fight to EG.

Now that they have a rest day, they’ll need to take the time to prepare for their opponents ahead. Nevertheless, Gambit has already secured a top-three placing at the event, but surely the fire to forge on must have been lit under them after such a poor showing on the main stage.

EG can sit tight and watch the tournament play out. They only have one more series to play and will have ample time to prepare for their next opponent. The spectacular showing has cemented their status as favorites.

After some growing pains in the MDL Chengdu Major, EG’s new recruits Abed Yusop and Roman “RAMZES666” Kushnarev are excelling in their roles. Their skills in the laning stage have become all the more important in the newer, faster-paced meta, allowing EG to swiftly snowball into the mid-game with an early advantage. It’s early still, but this version of EG seems to be the best one yet, with its players complementing each other magnificently.

With a top-two placing secured, EG is guaranteed at least $100,000 in prize money. The winner of the World Pro Invitational will walk away with a hefty $200,000. While EG and Gambit won’t play tomorrow, there are even more exciting elimination matchups tomorrow that will determine the last team to finish on the podium.