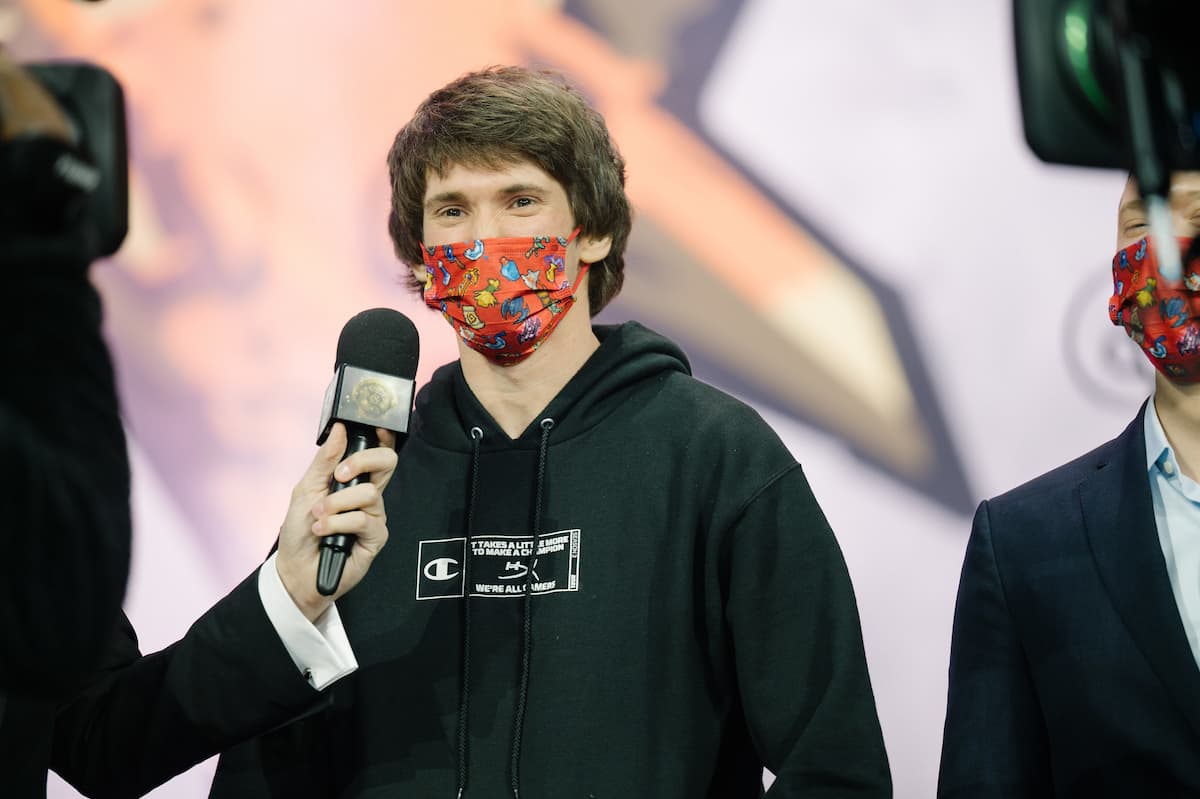 Dendi and the new-look B8 Dota 2 roster are back in business following a direct intervention from Valve that has given the organization its team slot for the 2021-22 Dota Pro Circuit back.

Two weeks after Dendi, B8’s founder and captain of the Dota roster, was kicked from the DPC spot registered under the organization’s name by a former player, the drama has come to an end.

According to management, B8 was able to clear things up via direct communication with Valve, showing the company various agreements and messages that the organization put in place with Aleksandr “Nofear” Churochkin, the previous owner of the slot and the former captain and founder of the XactJlepbI roster that merged with B8 back in May.

This move allowed B8 to remain in the lower division of Western Europe’s DPC regional league despite being relegated during season one, essentially absorbing a majority of the XactJlepbI roster and using their registered spot. B8 played well enough to avoid relegation for a second straight season, although management would still end up making changes to the roster after the season ended.

Nofear was the first player from that DPC season two squad to leave, and it wasn’t until preparation for the upcoming 2022 DPC began that he exercised his ownership of the team slot B8 was occupying to kick Dendi and take control.

B8 said the organization tried to negotiate with Nofear, but he wasn’t cooperating at the time despite being paid by the team for the slot. Ultimately, B8 took the messages and agreements made between the org and Nofear, who reportedly tried to delete some of the messages, to Valve. The company reviewed all of the evidence and ruled that whatever deal went on privately between B8 and Nofear, along with the management of the DPC spot, was strong enough to constitute giving the organization control of the DPC team slot.

This means that B8’s new roster, which is made up of Dendi, Azamat “Gatciy” Gatciev, and a handful of non-guaranteed spots for Alexander “V1olent” Park, Nikolay “Bb3px” Evdokimychev, and Anatoly “Brz”  Krupnov, will begin preparing for the upcoming first tour of the 2022 DPC. B8 will be competing in the lower division once again, with hopes of either moving into the upper division or avoiding relegation.

Valve has already clarified its ruling on the matter, saying that the person who creates the team slot is the controlling admin until power is transferred to another person, but this situation with B8 shows that the company is willing to step in, even if that makes the rules seem a little inconsistent.