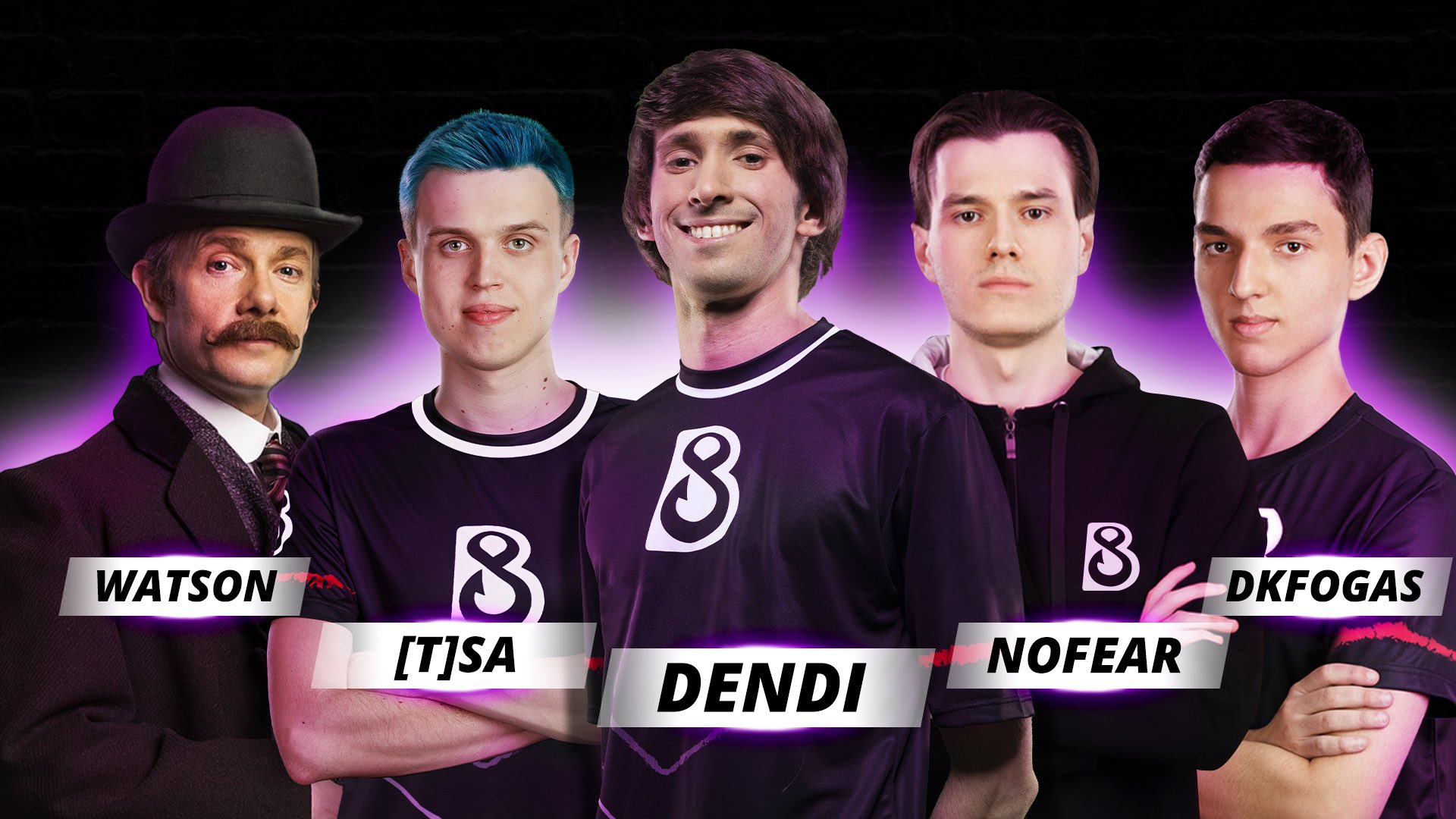 Danil “Dendi” Ishutin is once again at the center of another roster rebuild for his organization as B8 moves away from its mixed CIS/Brazilian lineup to a CIS one.

Some type of move was expected after B8 went 1-6 in the Dota Pro Circuit lower division regional league in its first season and failing to retain a guaranteed spot for season two. The organization has avoided needing to compete in open qualifiers again by merging with XactJlepbI, a stack that also competed in the lower division and managed to finish in sixth.

Now, Dendi and [T]SA are teaming up with Alimzhan “watson” Islambekov, Vladislav “DkFogas” Frolov, and Aleksandr “Nofear” Churochkin to play for a spot in the upper division next season.

This move became possible following Level UP, a Balkan-based Dota 2 team announcing its new roster earlier today, which included RdO teaming up with another ex-B8 player, Nikola “LeBronDota” Popović. Gleb “Funn1k” Lipatnikov was also announced as a player for the team, which meant he would be leaving XactJlepbI.

The merger is now complete, and B8 will once again be competing in the DPC when it enters its second season of regional league’s in April.