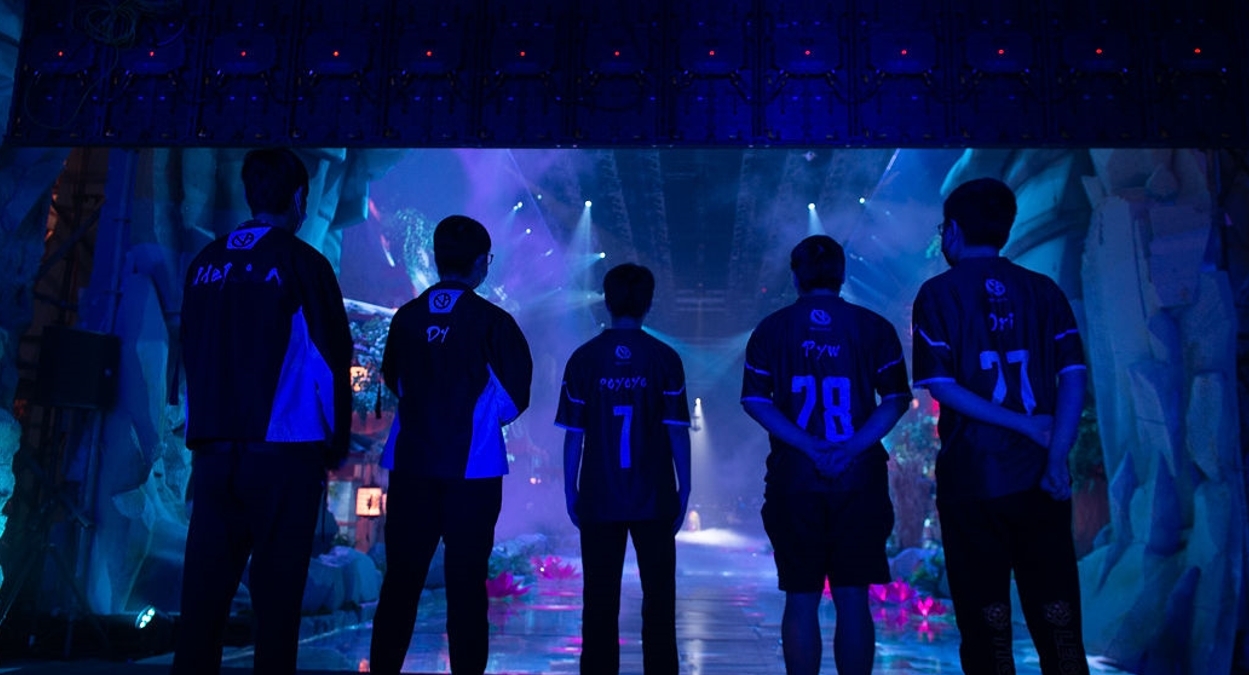 Day two of The International 10 didn’t suffer from early technical issues, letting players, talent, and fans get right into the Dota 2 action.

The Chinese teams that finished day one on top of the standings continued to dominate, with both Vici Gaming and Invictus Gaming leading their respective groups at 4-1-0. PSG.LGD also held onto a top-two spot in Group B, splitting a tight series with Team Secret and then sweeping Fnatic.

OG is the only non-Chinese team with a top-four record, even though they started the day losing both games to a revitalized Team Aster, a roster that welcomed back Liu “White Album” Yuhao after he was out to start the event due to COVID complications. That was enough to spur Aster to a win, making them the first team to outright beat OG in a series at TI since Evil Geniuses in the group stage of TI8.

OG did end up getting N0tail a nice present for his 28th birthday, sweeping T1 and improving to 3-1-1.

There are still two days left in the competition, but Thunder Predator is now 0-4, losing iG and Undying in their Group A matches today. The South American team is still not out of contention, but if they lose to Virtus.pro and Evil Geniuses tomorrow, they are almost guaranteed to be one of the first teams eliminated.

Group B is a lot closer near the bottom of the standings, with Quincy Crew, SG esports, and Team Spirit all having overall records of 2-6 and fighting for their tournament lives heading into the final three matches.

Heading into day three, OG and EG will play in one of the opening matches at 2am CT, with the rivalry match potentially deciding which team will have the higher seed if both teams make it into the main event’s upper bracket. Likewise, LGD and VG will face off too, in a series that will likely crown Group B’s top seed.