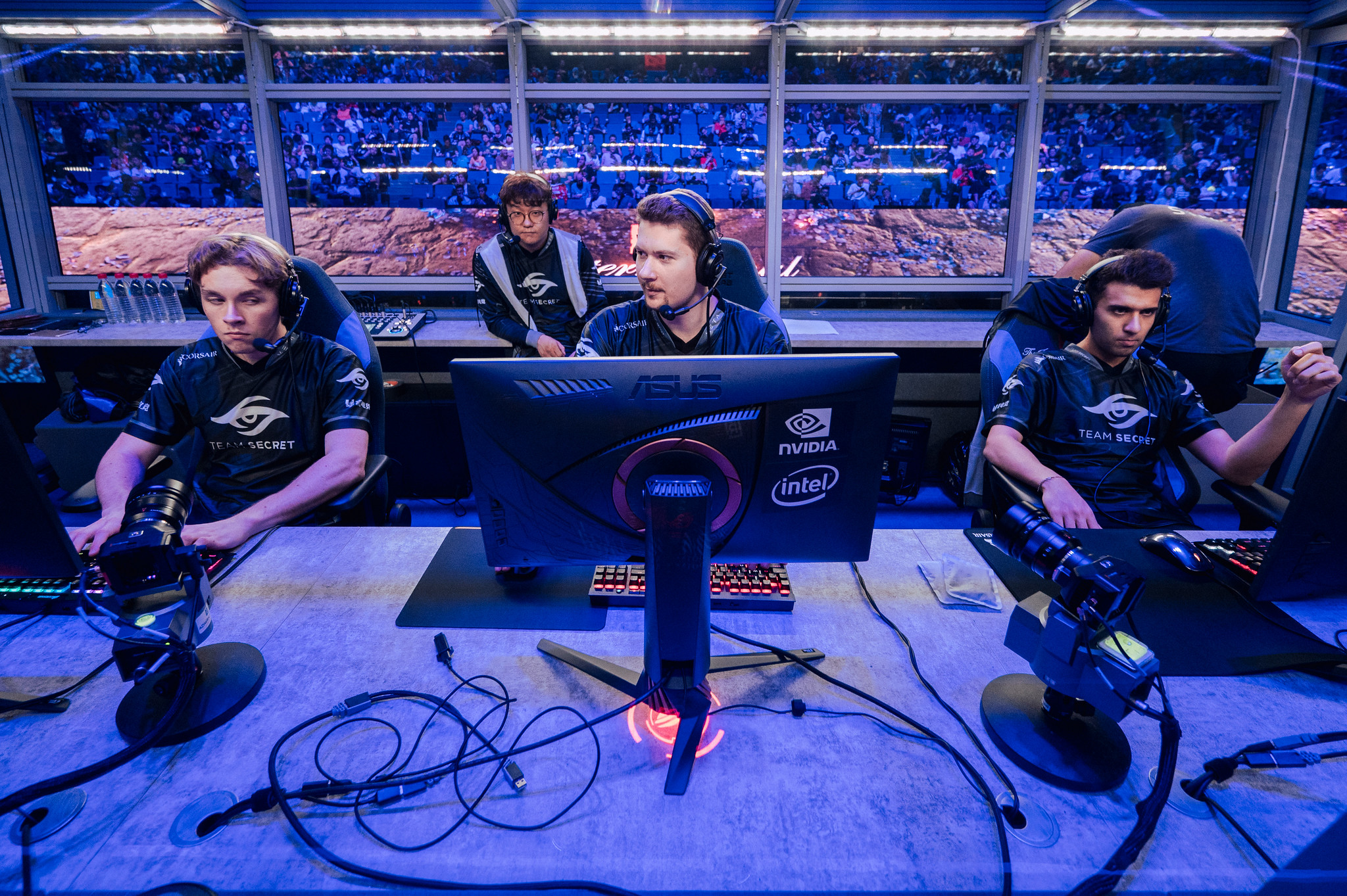 Team Secret battled Evil Geniuses in the upper bracket at The International 2019 today, losing the series 2-1. In game two of their series, Evil Geniuses held a lead, but stunning teamfight combinations from Secret turned the tides of war, causing EG to concede.

Michał “Nisha“ Jankowski’s Faceless Void and Ludwig “zai” Wåhlberg’s Enigma were the standout stars in this particular play. Without their crisp execution, EG had a serious chance of buying back and owning the fight once again.

EG had just finished off the bottom barracks and started retreating after forcing Nisha to buy back into the game after being killed. While most of the team went to push out the mid lane, Artour “Arteezy” Babaev’s Sven pushed out the bottom lane by himself, giving Secret time to execute their “wombo combo” without interruption.

The MVP of the fight was the Observer Ward placed on the Dire riverbank, giving Nisha enough extended vision to see both Syed Sumail “SumaiL” Hassan’s Leshrac and Andreas Franck “Cr1t-” Nielsen’s Rubick skulking around. Both heroes were high-priority targets for Secret due to Leshrac’s high magical damage output and Rubick having stolen Black Hole in the previous fight.

Nisha landed a perfect Chronosphere, capturing both targets. Yeik “MidOne” Nai Zheng’s Invoker instantly cast Cataclysm, dropping two Sunstrikes on every enemy hero and completely blocking out EG’s supports while SumaiL was knocked down to a sliver of health.

Rubick’s Aeon Disk shot forward, but Secret’s Earthshaker and Crystal Maiden used their spells once the damage immunity effect expired to ensure that Cr1t had no chance of getting off the Black Hole.

EG were in a pickle. Arteezy was stuck on the right side of the teamfight while Gustav “s4” Magnusson’s Tidehunter and Tal “Fly” Aizik’s Shadow Demon were on the left. Zai popped his BKB to avoid damage and used Blink Dagger to reposition himself into the middle, placing a Midnight Pulse to confirm the Leshrac kill.

Although it seemed like he initially wanted to Black Hole the Tidehunter to prevent a Ravage, he changed tactics after noticing Sven on the other side of the fight. He instantly turned to cast his ultimate on EG’s physical damage carry instead.

At the same time, SumaiL managed to get off his Diabolic Edict and Pulse Nova before he died, dropping Nisha to dangerously low health. He was forced out of the area of effect by an ally to the left, but was noticed by Shadow Demon and Tidehunter, who proceeded to use their spells on him. Tidehunter used the Ravage, catching the Faceless Void and almost hitting Enigma.

But zai reacted almost instantly to the spell cast. Realizing that his magic immunity would run out by the time the Ravage tendrils hit him, he reacted in less than half a second to use a Refresher Orb, allowing him to use BKB once again to dodge the Ravage. Instead of using his Black Hole on Arteezy again, he used Shadow Blade to reposition himself, aiming to save Nisha.

SumaiL bought back into the fight instantly after noticing that the Ravage caught Nisha. Since the Void had no buyback, SumaiL knew if he secured that kill, it would likely result in an EG victory. He used Boots of Travel on the Tidehunter to return to the fray as quickly as possible.

While zai was invisible, he was noticed by a Sentry Ward placed by EG. Fly saw the Enigma coming in and started moving back, but the rest of EG were oblivious to the Black Hole threat rapidly approaching. Arteezy followed the Enigma, trying to kill him. S4 was focused on the Faceless Void on the low ground and SumaiL teleported in, focused on helping s4 kill Nisha.

Zai was in the perfect place when he used his Black Hole, catching three heroes, including the teleporting Leshrac. Shadow Demon tried valiantly to cancel it by removing the Enigma’s Linken’s Sphere with a Demonic Purge followed by a Disruption, but the Earthshaker blinked in for an Echo Slam.

Both SumaiL and s4 perished with no buyback on hand, and although Arteezy had an Aegis, the damage was already done. Without a way to get their heroes back into the fight, EG conceded as Secret completed the comeback and forced a game three.

Nisha’s fearless initiation without a buyback was commendable and zai’s lightning-fast reflexes and otherworldly presence of mind won the fight for Secret. Despite their insane execution, the Europeans now find themselves in the lower bracket staring at elimination after dropping the series.

But Secret’s players have clearly shown their individual mechanical skill and will no doubt be hungry for another chance to make a run at the Aegis of Champions.