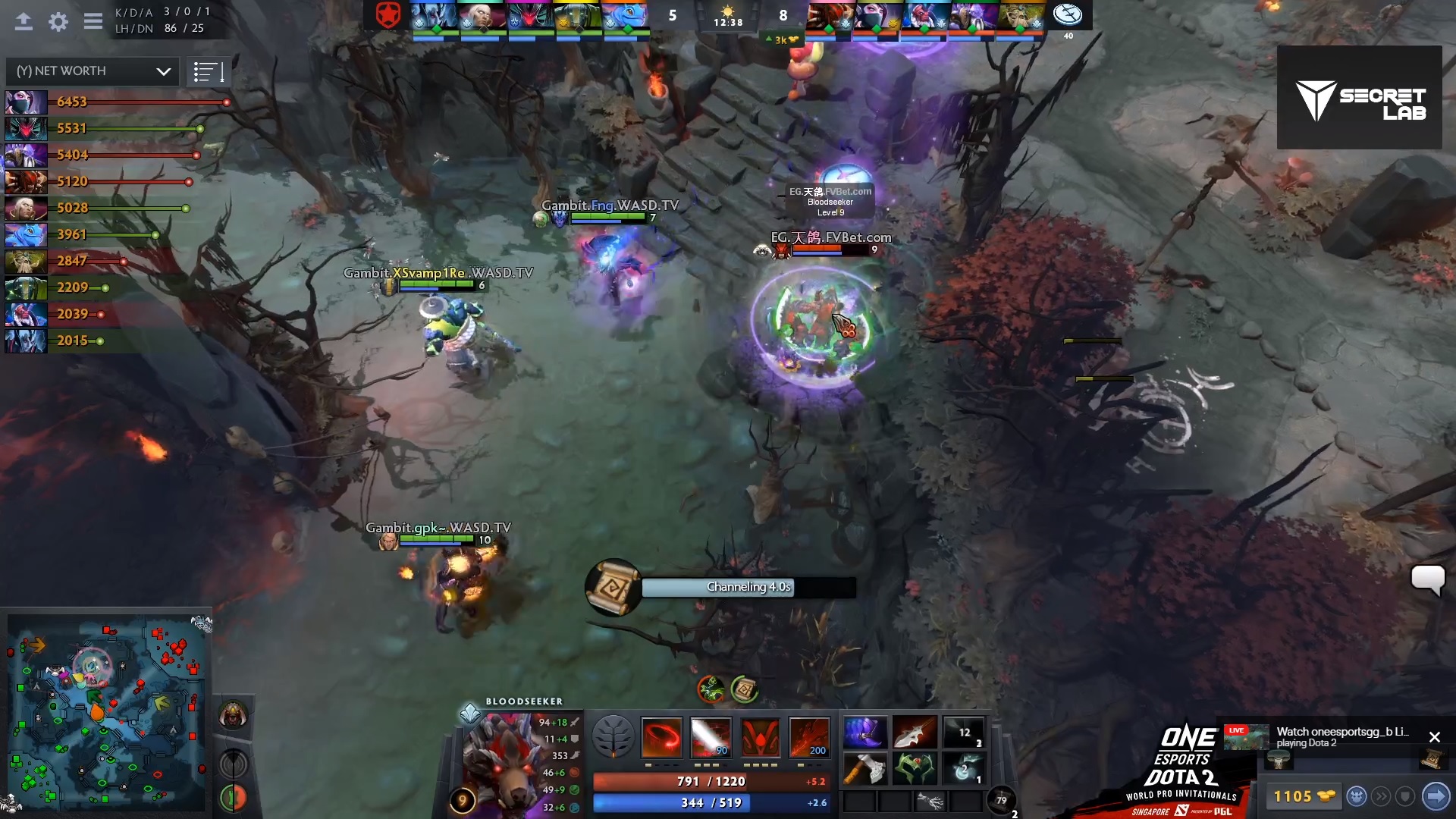 Whether it’s Romeo and Juliet, Adam Driver and Scarlet Johannson, or Artour “Arteezy” Babaev and cliffs, classic romance stories are always in vogue. And the latest chapter of “Cliffteezy” has just occurred at the ONE Esports World Pro Invitational Singapore.

Evil Geniuses matched up against Gambit Esports in the group stages at the Invitational. The series represented the two top teams in Group B fighting for an upper bracket slot in the main event tomorrow.

Danial “XSvamp1Re” Alibaev was playing Earth Spirit, managing to Boulder Kick Arteezy’s Bloodseeker into a cliff near the Roshan pit. The player was trapped there after getting his teleport denied by an opponent, and his only way out was getting eliminated shortly after.

Owing to the map changes done in the Outlanders update, the caster’s bewildered response to Arteezy’s discovery of a new cliff spot was fully justified.

Arteezy has had a long and tumultuous history of getting stuck. The meme was first given life when Arteezy was caught in Sprout, preventing him from dealing any damage. He’s gone on to be stuck on cliffs at the Chongqing Major, DreamLeague S10, and now, the World Pro Invitational. The EG carry will hope that his curse doesn’t carry over to the recently announced Singapore Major, also organized by ONE Esports.

Despite Arteezy’s non-involvement in the fight, EG managed to win the teamfight after Gambit missed practically every spell they threw at the Bloodseeker. EG would go on to win the first game but drew the best-of-two series, guaranteeing themselves an upper bracket slot in the main event of the $500,000 tournament.