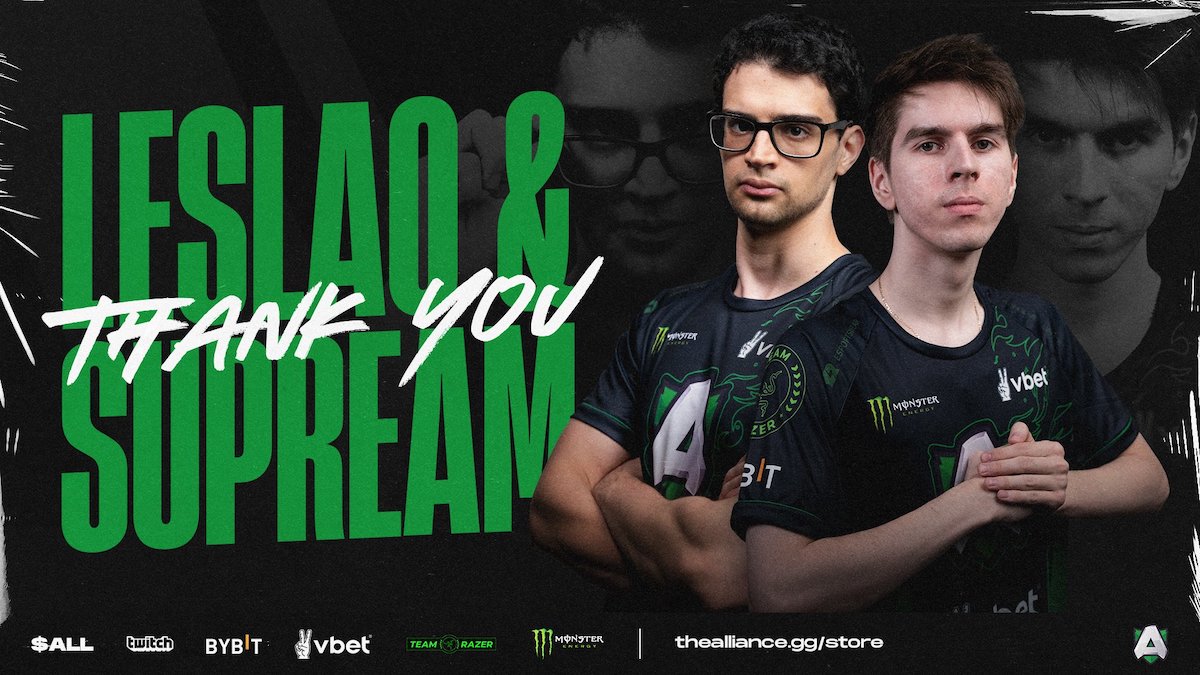 The two were introduced to Alliance’s roster prior to the last DPC season after the team released Linus “Limmp” Blomdin, Gustav “s4” Magnusson, and Artiom “fng” Barshack. This concludes the second move that the organization is making as a part of the rebuild of its Dota 2 roster.

“After a rough first DPC season of 2022, decisions were made to move forward with different players,” the organization said. “Supream^ and Leslão have shown great dedication, hard work, and desire to win, but it wasn’t enough in the end to form a team environment that would be able to bring more victories.”

Leslão and Supream^ were added to the roster after the organization released three members of its The International 10 squad. The new roster’s goal was to make it to the canceled Winter Major LAN event, but the squad didn’t come close to qualifying for the tournament and were relegated to the second division instead.

Being relegated to the second division will prevent Alliance from qualifying for the next major since the team will first need to work its way up to the first division. Despite adding top-tier players to its roster, Alliance struggled to find decent chemistry within the team. Considering the second division is filled with stacks of players who’ve been playing with each other for a long time, rebuilding its roster may not end up being too easy for Alliance.

The next DPC season is going to be one of the most important ones in Alliance’s history since the organization will be looking forward to claiming its spot in the first division as soon as possible. At time of writing, it’s unclear whether Alliance has any replacements for the departing players yet.