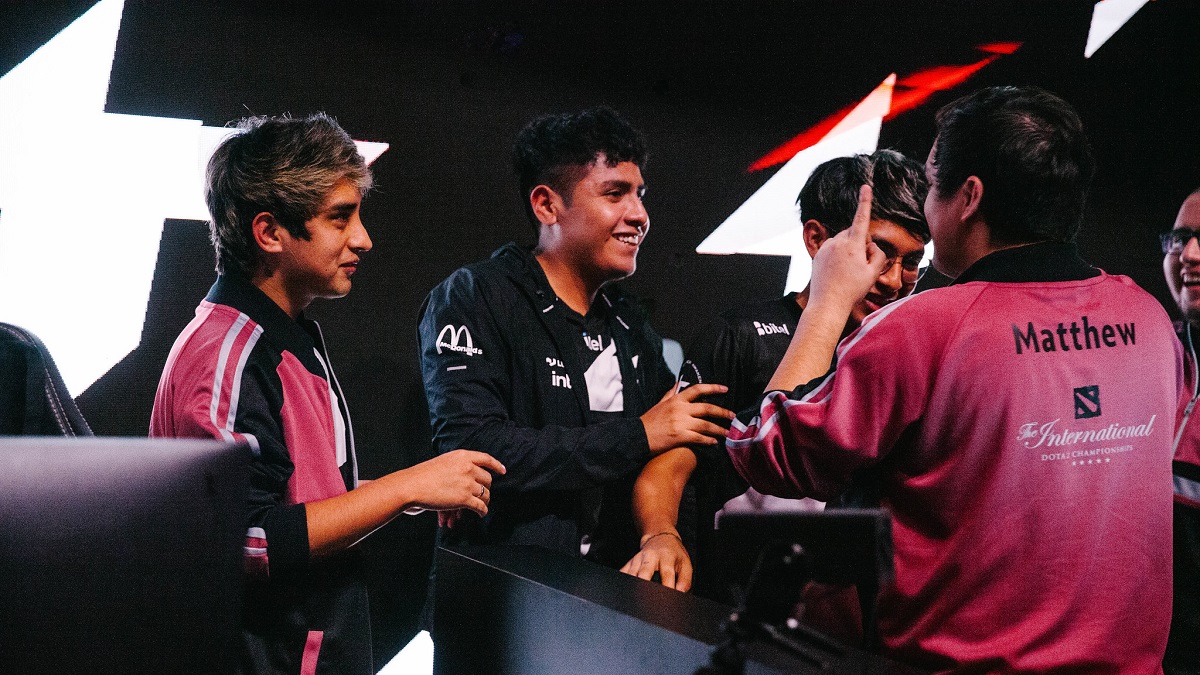 Fans were treated to what felt like a Dota 2 stage show on the last day before The International 2022’s week-long break heading into the finals. Not a single team could get a winning streak going apart from Team Liquid as beastcoast and PSG.LGD bid farewell to the tournament despite their best efforts.

Liquid’s streak wasn’t easy to achieve either, as the Western European representative was up against South America’s final hope, Thunder Awaken, after sweeping OG.

TA, being one of the most explosive teams at TII, proved themselves to be worthy opponents for the more methodical WEU squad, as the two teams were not only evenly matched but ended up trading blows in multiple fights every game that could easily have swung a lesser series.

Though the series turned out to be TA’s final ride at TI11, they still made history as they achieved the highest finish at a TI for any team out of South America. In addition to breaking a record, both TA and Liquid showcased magical performances that might have encouraged the fans to queue up for a game of Dota 2—after getting their heartrate down from the epic conclusion.

TA came into the series with their typical guns-blazing approach, leading to the sole receiver of SA’s hopes and prayers wiping the floor with Liquid in the early game. They were doing anything and everything to pressure their opponents, but Liquid still found a way to bide time and stay in the game.

Given the hectic nature of the game and both teams’ drafts, there was a fight basically every three minutes, and they would each take place in a different part of the map. Most of them are only used by one side to bait out key items or abilities to set up for the next interaction.

The victory was so close at hand, and yet TA just couldn’t keep Liquid contained long enough to end the game. That eventually led to multiple lead changes and the EU team setting the stage for a Mega Creeps comeback pushing into TA’s high ground.

However, Liquid’s flawless execution would bring their own demise as TA turned an epic teamfight around right after Boxi caught three heroes on TA’s side with an Avalanche and a Lifestealer infest bomb ready to go with him. Despite that play, Liquid lacked the damage to bring down any of them,  which set the stage for a two-person Black Hole on Lifestealer and Tiny, two important targets TA needed to deal with to swing the game.

After killing off three members of Liquid without buybacks, TA marched down the mid lane to break the remaining defenses.  With only Boxi’s Tiny alive, TA were poised to end it all—though Liquid’s offlaner wasn’t just going to let it happen for free.

To trigger the backdoor defense of Liquid’s base, Boxi jumped on the approaching creepwave to cut it off and prevent TA from ending the game then and there. But there was just a single problem. He missed a single Creep.

The second match of the series was considerably less exciting as Liquid took the lead early in the game and suffocated TA off the match by claiming all the resources on the map with the help of zai’s Broodmother. However, that calm didn’t last long, as the water bottle-throwing action was back for game three.

Though TA couldn’t take the gold lead until the 37-minute-mark, the SA side was able to shut down everyone, but zai on Liquid’s side, and all the teamfights were going TA’s way. At least until Liquid’s Pangolier picked up a Skull Basher that would change the game’s fate.

Liquid masterfully played around TA’s Enigma, avoiding getting Black Hole’d with multiple heroes in a few fights in a row, but that didn’t stop TA as they made a key push into Liquid’s base, and DarkMago was able to pull off the seventh ever Rampage kill streak in the history of TI’s main stage.

Unfortunately for TA, that Rampage was the last glance they would have at Liquid’s Ancient, as Matu secured a buyback just in time to jump back in with the rest of Liquid and clear out the opposition. With no buybacks on any hero for at least a minute, Liquid made their way down the midlane to take the game while SA’s last hope prepared for its last stand.

Despite a number’s disadvantage, TA caught miCKE’s Pangolier with a Black Hole and started bursting him down. But with precision and patience, MATUMBAMAN’s Lifestealer saved the Pango right as his HP dropped to one.

Matu kept his cool as the final fight carried on in TA’s base, refraining from a jump-in for damage and standing near miCKE to return his Pangolier to life with an Infest health bonus that turned the tide of the interaction. And, while Liquid would go on to win the series and a top-four placement at TI11, this type of show just displays how incredible TA’s run truly was.

From a team that’s missed out on TI10 with NoPing e-sports to a formidable roster capable of taking games off of the best teams in the world, TA stepped up on Dota’s biggest stage this year.

By finishing in a tie for fifth place, this TA roster exits TI11 after reaching the furthest of any team from the region before them, surpassing the previous seventh-place record set by the current beastcoast roster at TI9 when they played for Infamous.

Not only that, but TI11 marks another historic turn for SA, as it was the first time three teams from the region made it to the event’s main stage. Hokori, beastcoast, and TA might not be lifting the Aegis of Champions this year, but they all fought with everything they had and showed just how powerful SA has become since being officially named a region in 2017.

SA’s time in the spotlight won’t be fading any time soon, and this last hoorah from TA might just inspire the next wave of talent from the region to hop into pubs.