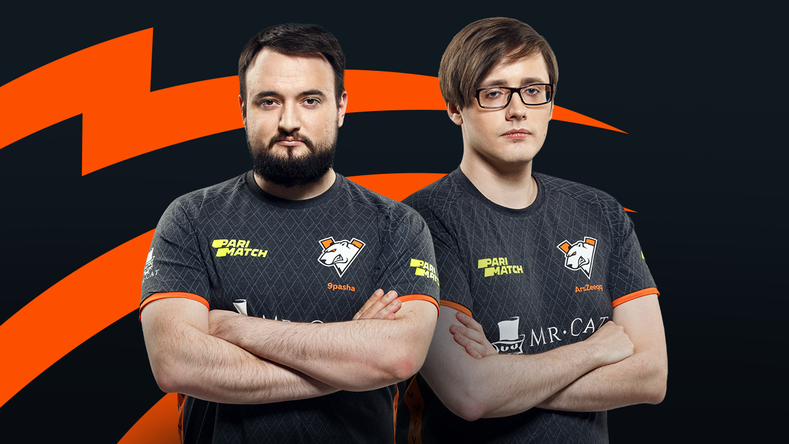 CIS powerhouse Virtus Pro has made its first roster change since the International. Off laner Pavel “9pasha” Khvastunov has left the team to join Natus Vincere. Coach Arsenij “ArsZeeqq” Usov has also left the squad.

After a disastrous International campaign where they crashed out in two-straight series for a top-12 finish, VP has finally pulled the trigger to reform its Dota 2 squad. The roster only had one player swap in three years, with Vladimir “RodjER” Nikogosyan replacing Ilya “Lil” Ilyuk in 2018.

9pasha will be the first to leave the team. After three years with VP, the off laner has finally called it quits with the Russian juggernaut. He will head to Na’Vi as their new offlaner, bringing some much-needed experience to the young squad.

The experienced off laner will be replacing Evgeniy “Blizzy” Ree. In an official statement by Na’Vi, Blizzy will be taking a break before deciding on his future. Na’Vi’s CEO, Yevhen Zolotarov, said that Blizzy’s change was not due to his “level of play” but rather to “strengthen ourselves with the super-experienced player who possesses the human qualities that are so lacking in our young team.”

9pasha previously won five Majors with VP and was one of the first players picked by Alexei “Solo” Berezin in 2016 after VP failed to qualify for The International.

ArsZeeqq will also be leaving VP after one year in the coaching hot seat. There’s no information on which team he will be heading to for the upcoming season.

VP will once again place the player reshuffle baton in Solo’s hands to rebuild a squad bereft of motivation and momentum. Despite repeated dominance over multiple Dota Pro Circuit seasons, VP has failed to transfer that success to the International for three years, culminating in the roster’s worst finish in the recently concluded TI9.

Vitalii Nikolaevich “v1lat” Volochai, a renowned Russian Dota 2 caster, has released a lengthy blog post on Telegram regarding the transfer. With VP’s poor performances, it appears that the Russian giants are headed for more drastic changes.

9pasha might the first to leave, but he seems unlikely to be the last. With the CIS region’s disappointing performances at TI9, the player carousel seems to be charging on.