3 things we learned from The Summit 10

Alliance’s championship was expected, but still gave food for thought. 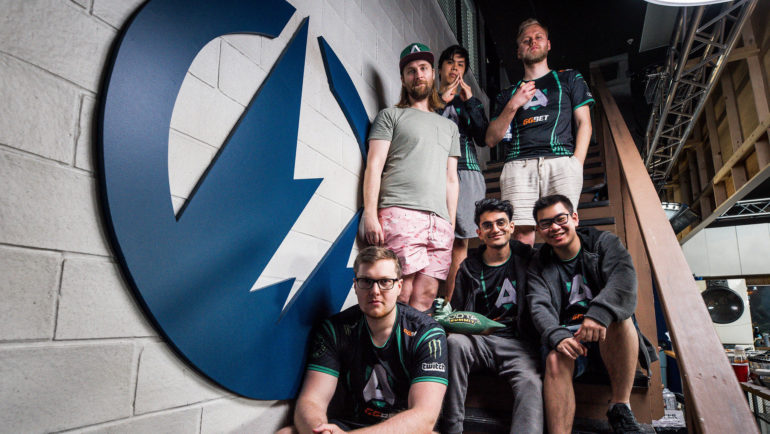 Alliance’s win at The Summit 10 was par for the course, with paiN gaming being the only team to take any game off them. Regardless, they still cleanly swept the grand finals 3-0 against paiN, proving their caliber in a pool of limited challengers.

As the only TI-attending team in the pool, it might not be a surprise to many to see Alliance playing rather conservatively. Rather, besides a few pocket Brood and Clinkz picks which Max “qojqva” Bröcker is known for, Alliance seemed to rely on comfort picks and usual strategies to win.

Alliance was the only TI-attendee in the pool, and the case can be made that they were simply more skilled than the rest. Unlike usual Summits where a bevy of International qualified teams head there, this year’s International being in China surely put a dent in Beyond the Summit’s plans. Thus, the Summit is unlikely to predict TI9’s winner, but that doesn’t mean that there aren’t a few things we can learn from the event and champions.

Heroes like Juggernaut, Ember Spirit and Morphling remain popular carry picks, but Sven still reigns supreme. With an impressive 67 percent win rate throughout the event, Sven was also Alliance’s second most played hero, with Michael “miCKe” Vu losing only one game with it.

Even with Sven receiving a nerf once again in the 7.22f patch, it seems likely that the hero remains hotly contested among teams. The hero lanes ridiculously well, and his primary Strength attribute means he takes a lot to bring down. Count on seeing this hero well into the main TI bracket.

Teams have gotten better at punishing his Mortal Strike skeletons push and abuse his lack of armor and poor build-up of items. Unlike Sven, who is can enter fights even with just a Midas, Wraith King really needs a Radiance to get going. Coupled with games generally going faster, all these weaknesses have seen Wraith King drop drearily down the rankings.

Wraith King might revert back to a niche pick against a team with poor wave clear, or back to an offlane position like it used to. But for now, the King is dead.

Clinkz was picked in six matches and won all of them.

Understandably, the ratio might be a little skewed, as the hero remains one of qojqva’s best, meaning that Alliance’s rampage throughout the tournament likely inflated these heroes’ stats.

Nevertheless, there is some meaning behind this data. All year long, top teams like Team Secret, Evil Geniuses, and Vici Gaming have excelled with mids that push the tempo, with heroes like Monkey King, Templar Assassin and Ember Spirit being staples throughout the season. Recently, newer additions like Storm Spirit and Windranger have joined the pack, as the carry-midlaner pioneered by Artour “Arteezy” Babaev have died down.

With all this, a new midlaner might take his long-awaited turn in the spotlight. Clinkz’s rework to his ultimate made him a teamfight presence rather than a ganking machine, and his new Aghanim’s Scepter upgrade just might have pushed him over the edge.

His summons function as long range physical damage artillery, with oodles of damage as long as his team bring the appropriate control. Plus, his strong laning ability and kill potential means that he can bully several of the in-meta mids, as his long range means he easily peppers melee mids, while his Strafe ensures he trades well with ranged laners.

Sure, his farming ability sucks, but that’s what you have Sven for, right? Plus, his single-target damage translates to buildings, and his level 25 talent literally doubles his Searing Arrows and affects his skeletons. It ensures that even when you reach late game, your skeletons and ultimate retain their potent damage output.

With no nerfs to his kit in the latest Dota 2 patch, Clinkz just might become one of the most contested heroes at TI9.

With the last premier tournament wrapped up, all us Dota 2 fans will spend two more weeks anxiously pacing, waiting for the biggest event of the year. Place your compendium predictions and build your fantasy team, before the International’s group stage begins Aug. 15.