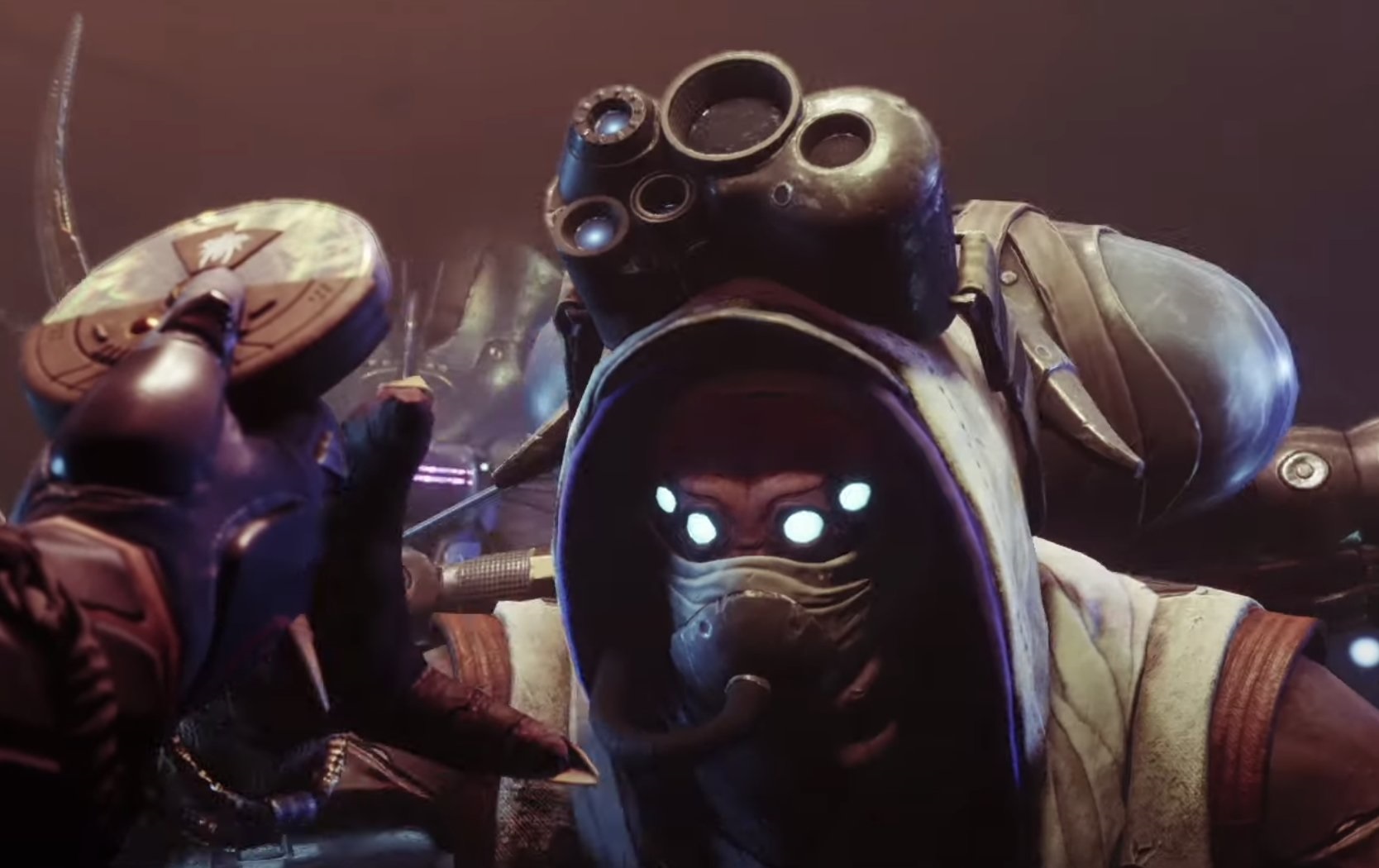 The gaming community has been scrambling around on social media and forums to find out who Eido exactly is in Destiny 2. The character is largely a mystery, leaving players wanting to know more about everything from her backstory to who voices Eido.

Eido has existed since the Season of Opulence, yet not many people are aware of her. Here is everything you need to know about Eido.

Who is Eido in Destiny 2?

While Mithraks was still a Vandal and not yet a Captain, he came across Eido in a ventilation shaft while she was still a hatchling and took her in. In Season of Opulence, Eido is mentioned in some tattered notes left behind by Mithraks.

Eido named herself after Sjur Eido, her adopted father’s friend.

In Season of the Splicer, Eido is a bit more prominent. No longer a hatchling, she is identified as “Eido, Daughter of Misraaks” in the Eliksni quarter of the Last City.

And now, in the Season of Plunder, Eido has been given even more attention.

The response to Eido has been largely positive. The Destiny 2 community has expressed a deep care for Eido already, saying she “must be protected.” Her interesting looks and innocent yet determined personality have clearly won over the fanbase.

Even before Eido was revealed in the flesh, the Destiny 2 fanbase enjoyed her upbeat voice lines. A fan of history and culture, Eido offered a lot of insightful comments into her culture. At the time, players wanted to know more about the alien races in Destiny 2 and were excited to befriend Eido.

Who voices Eido in Destiny 2?

When Eido was just a voice, the Destiny 2 community was intrigued by the character. Not only were her comments interesting and insightful into the game’s lore, but people found her alien-like voice strangely alluring.

Many people in the Destiny 2 community expressed an attraction to her voice so it’s no wonder people are trying to figure out who voices Eido. The information was difficult to come by for a while but has recently been revealed.

Maya Aoki Tuttle is the voice behind Eido in Destiny 2.

Her voice has been featured in video games before but this is her biggest video game role yet. She’s the voice behind Kali in Smite, has done voice work for the Final Fantasy VII remake, and can be heard in Brawl Stars and Warframe.

On Twitter, the Destiny 2 fandom applauded Maya Aoki Tuttle for her job with Eido, saying they were excited for the character’s thirst for adventure and can’t wait to learn more about her. Luckily, the player base will get to know a lot more about Eido this season.