Destiny 2 players can go on another round trip of the Tangled Shore if they’re looking for Ascendant Anchors. Collecting anchors is a quick way to top off your Parallax Trajectory and a fast way to unlock Shattered Realm: Debris of Dreams on all your characters.

Finding Ascendant Anchors in the Tangled Shore isn’t as much of a trek as looking for them in the wide forests of the EDZ, but some anchors can still elude you.

Here are the anchors we’ve found so far in the Tangled Shore. We encountered no anchors on the Jetsam of Saturn and on Four-Horn Gulch, but we’ll update this list as more information becomes available. 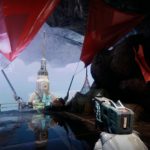 The first anchor is a freebie. When you spawn into the Thieves’ Landing, look behind you and around a nearby rock to find the first Ascendant Anchor in the Tangled Shore.

You’ll spot the second Ascendant Anchor right by the entrance to the Spider’s Lair if you’re in town to visit your local morally dubious vendor. 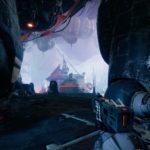 The third anchor is on top of the large building in the middle of Thieves’ Landing. From the previous anchor, keep your back to the Spider’s Lair and look at the building to see the glow, then climb up to grab the collectible. 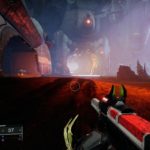 Anchors four, five, and six are all in close proximity to each other. Head out toward the entrance to Soriks’s Cut, right by the Cryptolith from Season of the Hunt, and you’ll spot two anchors straight away—one on the left of the tunnel to The Cobble/Soriks’ Cut and another to the right of the entrance. 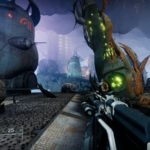 Once you’ve grabbed the fifth Ascendant Anchor, look toward the right, where the Cryptolith is, and the glow of another anchor will appear in the distance. 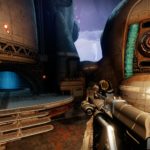 The final anchor we’ve found is by the elevator to Four-Horn Gulch. Instead of going all the way up, stand at the entrance to the elevator, hop on a crate, and jump over the wall to find another Ascendant Anchor looking at you on the other side.

We’ve found eight anchors around Soriks’ Cut and they’re fairly easy to obtain. Three of them will pop out as soon as you enter the area on your Sparrow, but the path forms a circle around the map regardless of where you begin your hunt. 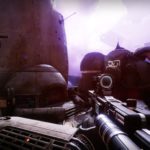 From the landing zone, make a left and jump to a platform behind you. You’ll spot an Ascendant Anchor across the rocks, so jump over and grab it. From there, look forward and follow the glow to the next anchor, which is on a rock formation in front of you.

After grabbing the Ascendant Anchor, look for the next one right next to the bridge that leads into Soriks’ Cut from Thieves’ Landing. It will be to the right of the bridge if you’re facing it or to your left if you’re heading into town. 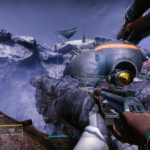 From there, you can turn around to find the glow of two Ascendant Anchors ahead. One will be behind a house and the other will be upfront on some rocks on the ground. Head through the doorway in front of you and look to the left to spot another Ascendant Anchor inside. 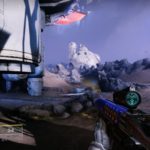 Backtrack a bit and look to your left, near the entrance to The Boil, to see the glow of another Anchor nearby. Take it, then go straight ahead to the little base near the landing zone. From there, look to your left and you’ll spot the final Ascendant Anchor so far.