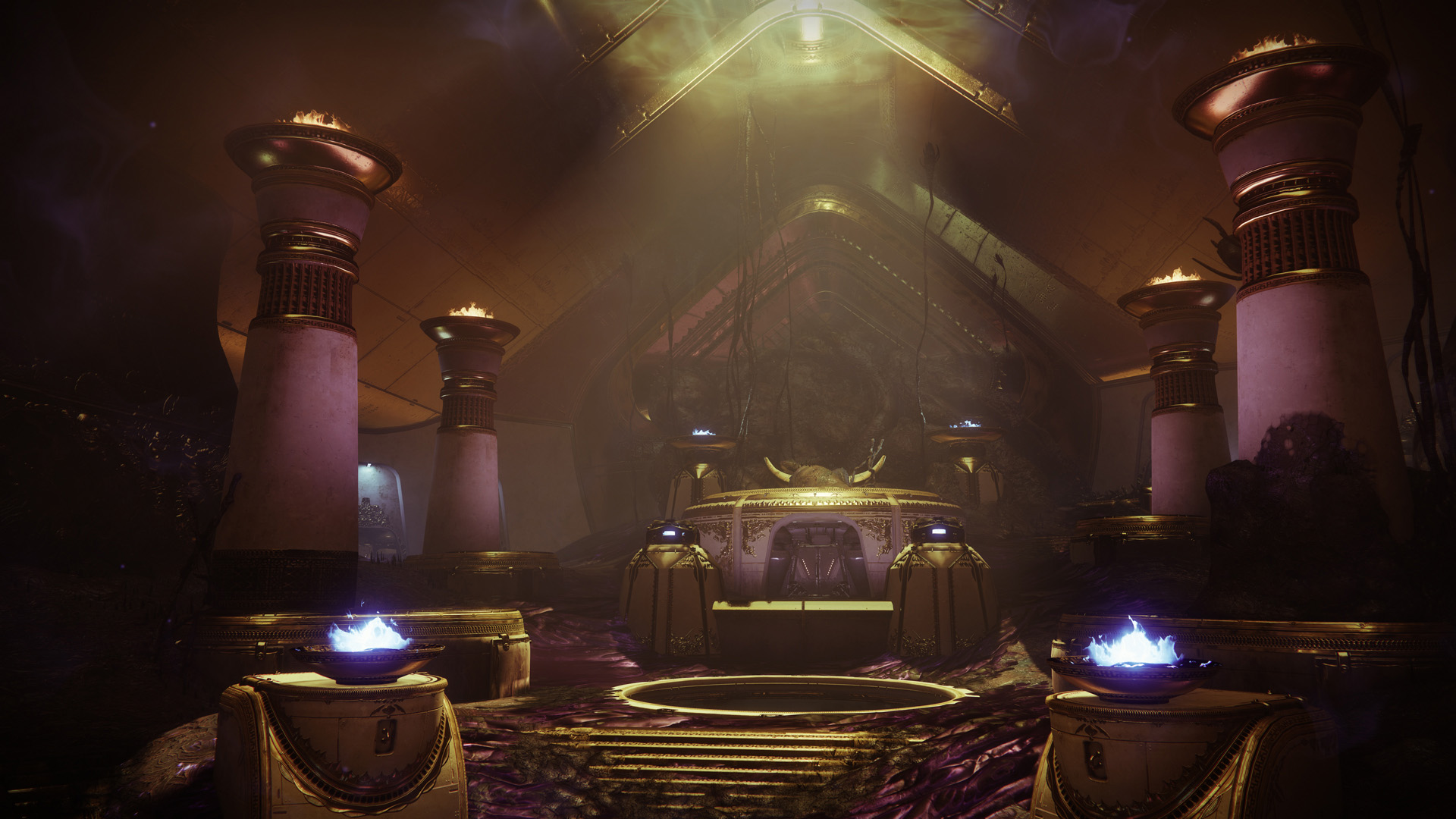 Destiny 2‘s Season of the Haunted brought back the Leviathan and the Menagerie weapons, but with a twist: the new Leviathan is completely derelict and overrun by Scorn, as part of Calus’ allegiance to the Darkness.

Throughout players’ adventures in the Derelict Leviathan, they will encounter Opulent Keys, which give Opulent loot from Calus’ personal collection. It’s fairly easy to obtain them, and Eris Morn will give you one at the end of the first step of the seasonal quests. Here’s what you need to know about them.

What are Opulent Keys in Destiny 2?

Opulent Keys are a single-use consumable that lets players open specific chests around the Derelict Leviathan. Each Opulent Key points to a unique location, like the Corsair Down item in the Dreaming City. Once you’ve obtained an Opulent Key, you can inspect it on your inventory and see where it points. Each location will be accompanied by a clue that will point to a specific chest in a location.

All chests are visible and their locations don’t change. This means each clue will always point to the same chest, so it’s only a matter of time until you memorize all the locations.

After finding the designated chest, opening it will give players a focused Engram that will reward an Opulent weapon from the Menagerie. Opulent Chests can also award Deepsight Resonant versions of weapons, which will count towards extracting their Patterns. You need five Patterns to unlock crafting for each individual weapon, so running activities and gathering Vestige of Dread to use at the end of Nightmare Containment can also vastly improve your chances of getting some extra keys.

Players can also only have one Opulent Key in their inventory at any given time, so if you have one, find its chest quickly so you have a free slot if you stumble upon another Opulent Key.

How to get Opulent Keys in Destiny 2

Players can get Opulent Keys from Destination chests, Haunted Alcove chests, and as a reward at the end of Nightmare Containment activities. Additionally, Eris Morn will award players with one Opulent Key at the end of the first Season of the Haunted mission, so players have plenty of options for a steady supply of Opulent Keys.

If you’re on the prowl aboard the Derelict Leviathan, Killing Alcove Treasurers and orange-bar Nightmares can spawn chests that may give out Opulent Keys, so be on the lookout for higher-level enemies.