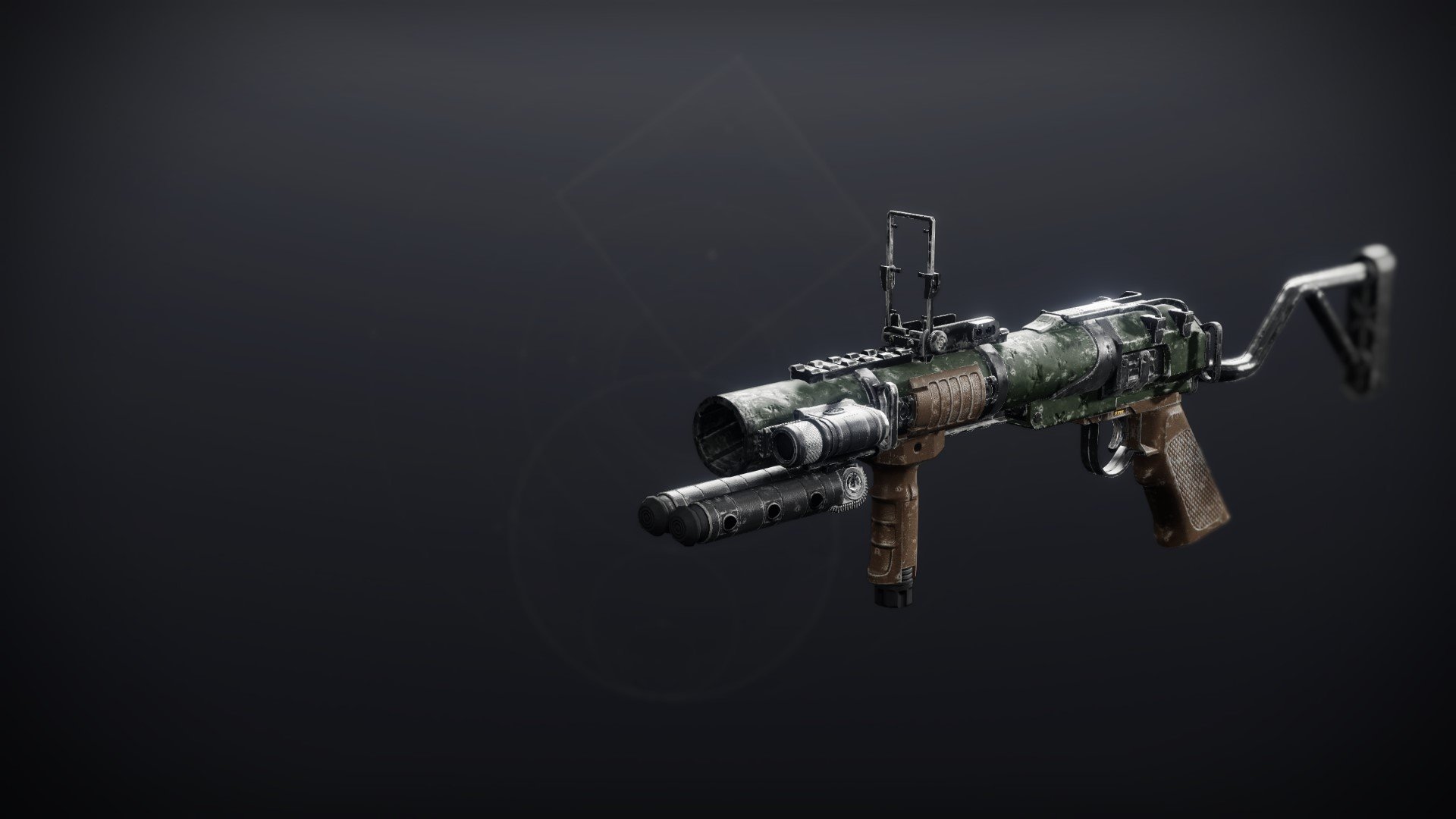 The Militia’s Birthright has some good perks going for it. At its core, though, the weapon brings pretty much the same to the table as one of the other several Kinetic breech-loading grenade launchers in Destiny 2, which means it’s up against stiff competition. Pardon Our Dust (from Dares of Eternity) can roll Auto-Loading Holster or Ambitious Assassin paired with Demolitionist or Vorpal Weapon. Duality’s Lingering Dread, on the other hand, can roll Ambitious Assassin or Auto-Loading Holster alongside Chill Clip (its unique and most distinguishing trait), as well as Vorpal Weapon and Demolitionist. Even Season of the Splicer’s Ignition Code could roll Slideshot and Ambitious Assassin alongside Demolitionist and Vorpal Weapon, though the lack of Auto-Loading Holster weighs a bit against it.

These two are the best in slot in their own right, so choosing between them should be a matter of preference (or simply what your Militia’s Birthright rolled with). Ambitious Assassin can overload your magazine to two rounds upon getting kills, which allows you to fire off more shots per reload. Slideshot, on the other hand, refills your magazine by sliding. They both make you reload less often, and because of that, they are among the best.

These two are more utility perks that take the backseat to Ambitious Assassin and Slideshot. Lead From Gold grants you ammo for the Militia’s Birthright whenever you pick up Heavy ammo, which is handy for higher-level content. Grave Robber, on the other hand, refills your magazine each time you get a melee kill. Grave Robber pales compared to Ambitious Assassin and Slideshot, especially in higher-level content, where it’s harder to kill enemies with melee attacks, and being in close range can be dangerous. They’re good, especially in specific circumstances, but they’re not universally good enough to warrant the top spot in our god roll.

If you want to bring the Militia’s Birthright in PvP, you should aim for these perks. They’ll allow you to swap in or out of weapons faster, which can be key in the Crucible. Running them in PvE, however, comes with a hefty downside considering the opportunity cost of missing out on Ambitious Assassin or Slideshot.

Second perk: Auto-Loading Holster vs. One For All

The downfall of the Militia’s Birthright lies in having Auto-Loading Holster in the fourth column. This means it competes against damage-boosting perks like One For All and Frenzy. Auto-Loading Holster also doesn’t activate Ambitious Assassin, which might be counter-productive since you never get mileage out of both perks simultaneously. Pairing it with Slideshot gives you two different ways to refill the weapon’s magazine without going through an animation. It’s still one of the most comfortable perks for any grenade launcher.

The top contender for Auto-Loading Holster is One For All, which is a 35-percent damage bonus after dealing damage to three targets. One For All will likely be your best shot in this column if you’re looking for a grenade launcher that deals damage.

Frenzy stands kind of in the middle between One For All and Auto-Loading Holster. It boosts damage, reload, and handling, which are the three main areas you need in a grenade launcher. The disadvantage here is that Frenzy requires you to stay in combat for 12 seconds before it activates, which isn’t usually a problem but can be the case in some scenarios. Frenzy synergizes well with Ambitious Assassin and even Slideshot, and it’s never really a bad perk in any weapon. That said, it sacrifices the sheer comfort from Auto-Loading Holster and the sheer damage from One For All to meet somewhere in the middle between the two—and carve itself a spot among the best perks in our god roll.

Pugilist and Swashbuckler are also not bad choices, which means there is something for every playstyle with the Militia’s Birthright. Swashbuckler grants a stacking bonus to damage each kill, with melee kills giving you the full five stacks it requires. Conversely, Pugilist grants melee energy on kills, which can be a great addition to melee builds. Their effectiveness falls off a bit in higher-end content, though: Swashbuckler becomes harder and harder to stack (especially compared to Frenzy or One For All), and the ability gains from kills with Pugilist may become slightly rarer because you may not get kills that often.

Both Blinding Grenades and Spike Grenades have their use. Blinding Grenades is a common option in Grandmaster Nightfalls and Master content since it prevents enemies from shooting at players, making the ever-dangerous activities slightly less dangerous for the entire fireteam. Don’t underestimate their utility: when everything can kill you with a couple of hits, having far fewer bullets, beams, shots, and grenades thrown at you is a godsend.

However, Spike Grenades will give you more firepower on direct hits if you’re looking for sheer damage. It doesn’t have the crowd control you’d get from Blinding Grenades, but it can work well with damage. Depending on what role you want your grenade launcher to play, this will be the defining element between your rolls.