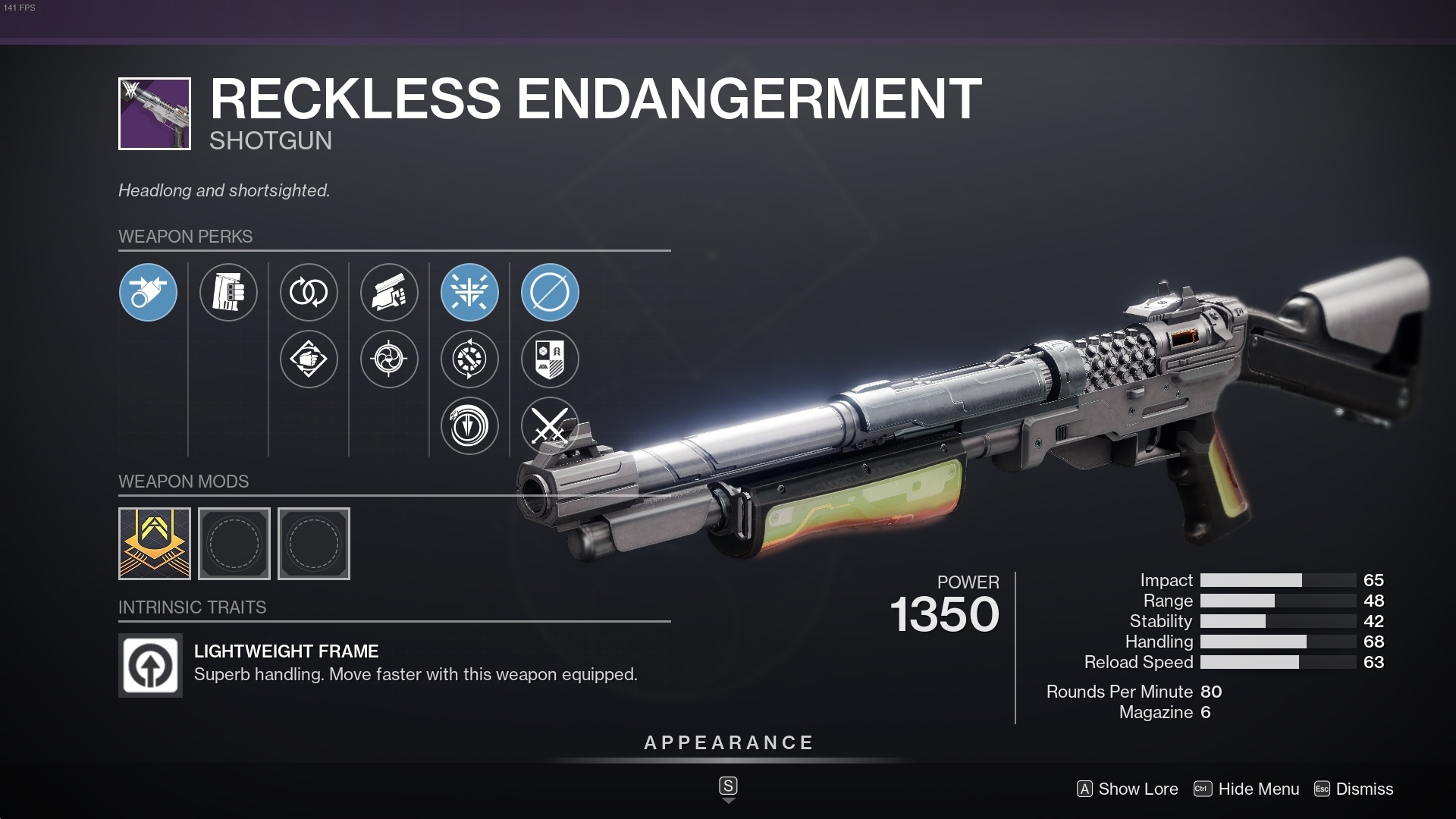 There’s nothing quite like walking up to a Hive or Taken enemy and blasting them in the face with a shotgun. Likewise, the feeling is similar when dumpstering a fellow Guardian in the Crucible.

In Destiny 2, shotguns are just plain fun. Whether they’re a kinetic weapon, a special weapon, a heavy, or an Exotic, shotguns can be used to turn the tide in any kind of skirmish.

There’s a wide variety of shotguns in the game and a lot of their successes depend on the perk rolls that you receive when the weapon drops. A shotgun can be great or poor depending on the perks, but there are a specific few guns that perform well regardless of how they drop.

Here are the best shotties in Destiny 2 for both PvE and PvP players.

This shotgun, found only in the Deep Stone Crypt raid, is perfect for boss DPS. It’s a precision frame shotgun, meaning it fires a slug round as opposed to buckshot, so it works best when firing at the head or the weak point of an enemy.

Found as a random drop in various activities, the Seventh Seraph CQC-12 is a versatile shotgun that works in both PvE and PvP, depending on the perk rolls.

The IKELOS shotgun has a rapid-fire frame, making it perfect for fast-paced semi-auto fire on a single target. This shotgun has been nerfed several times but it still works wonders on enemies in PvE.

The king of all fast-fire shotguns, The Fourth Horseman is a returning Exotic from Destiny 1. Its small, four-round clip is emptied almost immediately when the trigger is held down, making it another good option for chunking down enemies with large health pools.

Season 16’s ritual weapon is a beast, boasting decent impact and range along with several perks to choose from to help focus it for your playstyle.

The nightmarish Iron Banner shotgun from Destiny 1 returned in 2020 during Season of the Chosen and can no longer be acquired. It’s a beast in the Crucible, so if you unlocked it and haven’t tried it yet, give it a shot.

Found exclusively in the Grasp of Avarice Dungeon, this Destiny 1 callback is still a strong weapon for Crucible players who like to let their shotty do the talking.

Season of the Lost’s kinetic shotgun is pretty beastly in the Crucible, especially if it rolls with a range masterwork. Grind Astral Alignment until you’re able to find a solid roll on this beautiful-looking weapon.

Trials of the Nine had some great guns in year one of Destiny 2. They’re now back as rewards in the Prophecy dungeon, and A Sudden Death is one of the weapons you should aim for. It drops from the final boss’s chest.

If you don’t have Felwinter’s Lie, Astral Horizon is another solid PvP shotgun thanks to its high impact and decent range. If you roll range-specific perks, this thing is a beast. It drops as a reward in Trials of Osiris matches.

This shotgun has been sunsetted, meaning it maxes out at 1,060 power. You won’t be able to use it to much effect in activities where Power level is taken into account. But you can still grab it as a Nightfall-specific drop in the Hollowed Lair strike.

Do you see the range on this thing, in the pic above, in the bottom right? This slug shotgun is capable of one-tapping enemies in Crucible from long range if you hit a headshot. Plus it’s a kinetic weapon, so you can get creative with your loadouts.