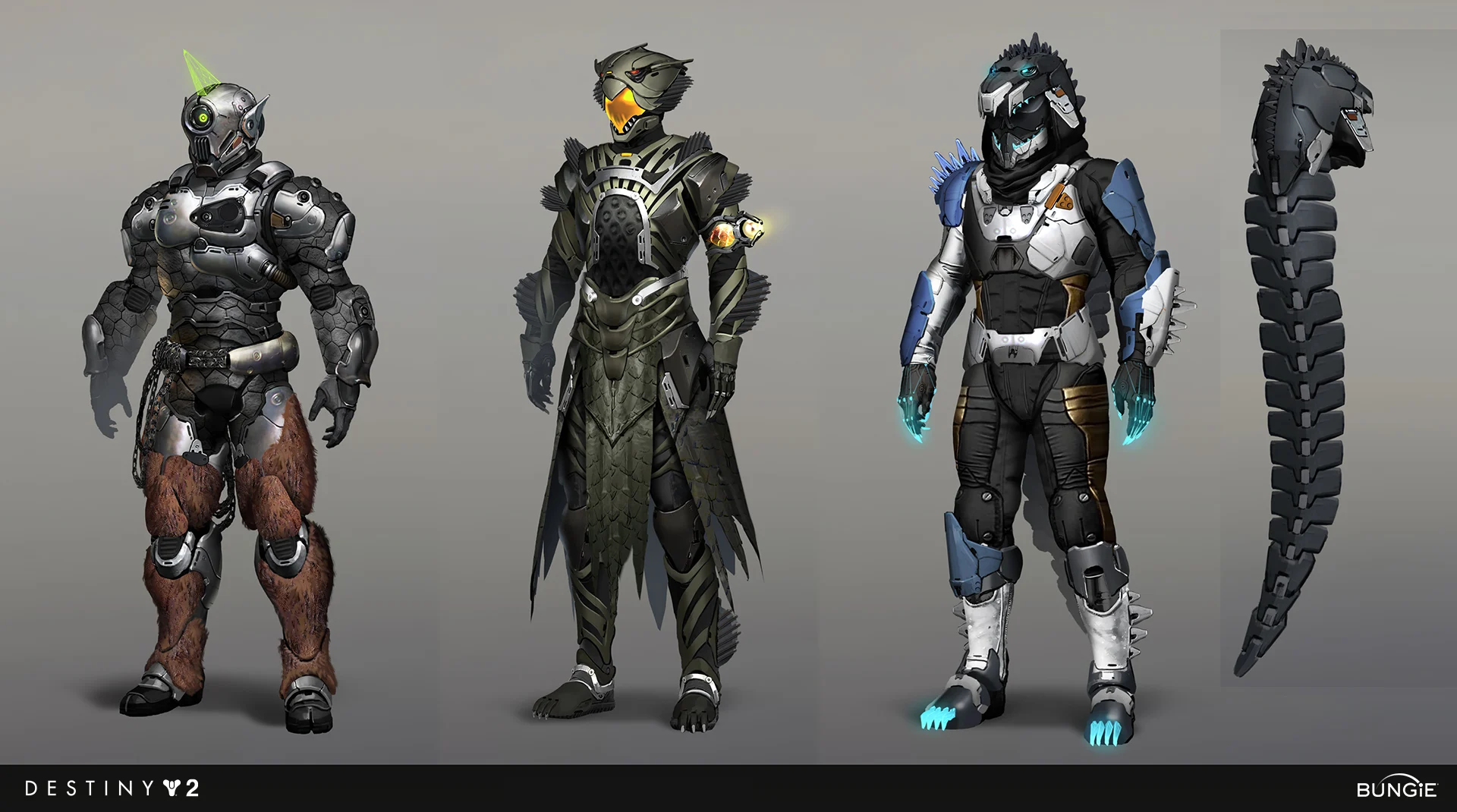 Destiny 2 players have seen their fair share of monsters in the game, but mechs don’t appear that often. They could become a common sight in the Tower, though, depending on how this year’s Festival of the Lost shapes up.

For last year’s Festival of the Lost, Bungie gave players the opportunity to pick their own armor set. At the time, developers opened a vote: Players could choose between dinosaur-themed or monster-themed ornaments for the Festival of the Lost, keeping it in line with the event’s Halloween theme. This created the Monsters vs. Dinos quasi-rivalry, in which players could vote for their favorite team and show their support for the theme of their choice. Team Dino had an overwhelming win with 81 percent of the vote, and guardians received the planned dinosaur-themed armor set for Festival of the Lost.

For this year, however, Team Monsters is coming back from the grave. Bungie has again let players choose between two armor sets, pitting Monsters and Mechs against each other. And, as expected, players are already taking their sides and showing support for either Team Monsters or Team Mechs.

The design for Team Monsters isn’t too different from last year’s concept, though the armors for all classes seem to be sleeker and less bulky compared to the previous design. Warlocks could be styled after a sea monster, while Titans will continue to get a cyclops look. Hunters will get a class item that mimics a dinosaur’s spine, which might be the most unique part of the set for players.

Team Mechs, on the other hand, shows all three classes with heavy ’80s mech undertones, making for some fairly bulky armor that can surely appeal to parts of the fan base.

You have until April 13 to show your support for your favorite team. Bungie has not yet set a date to release the results, but players are bound to hear the result before the Festival of the Lost kicks off around October. Players who vote will also get the exclusive Broken Barriers emblem, available after the polls close.

Here’s how to vote if you’re looking to show your support for your favorite team:

With such a tight deadline, players who want to show their support should keep an eye out for their emails and wait until Bungie announces the result to see if their team won.