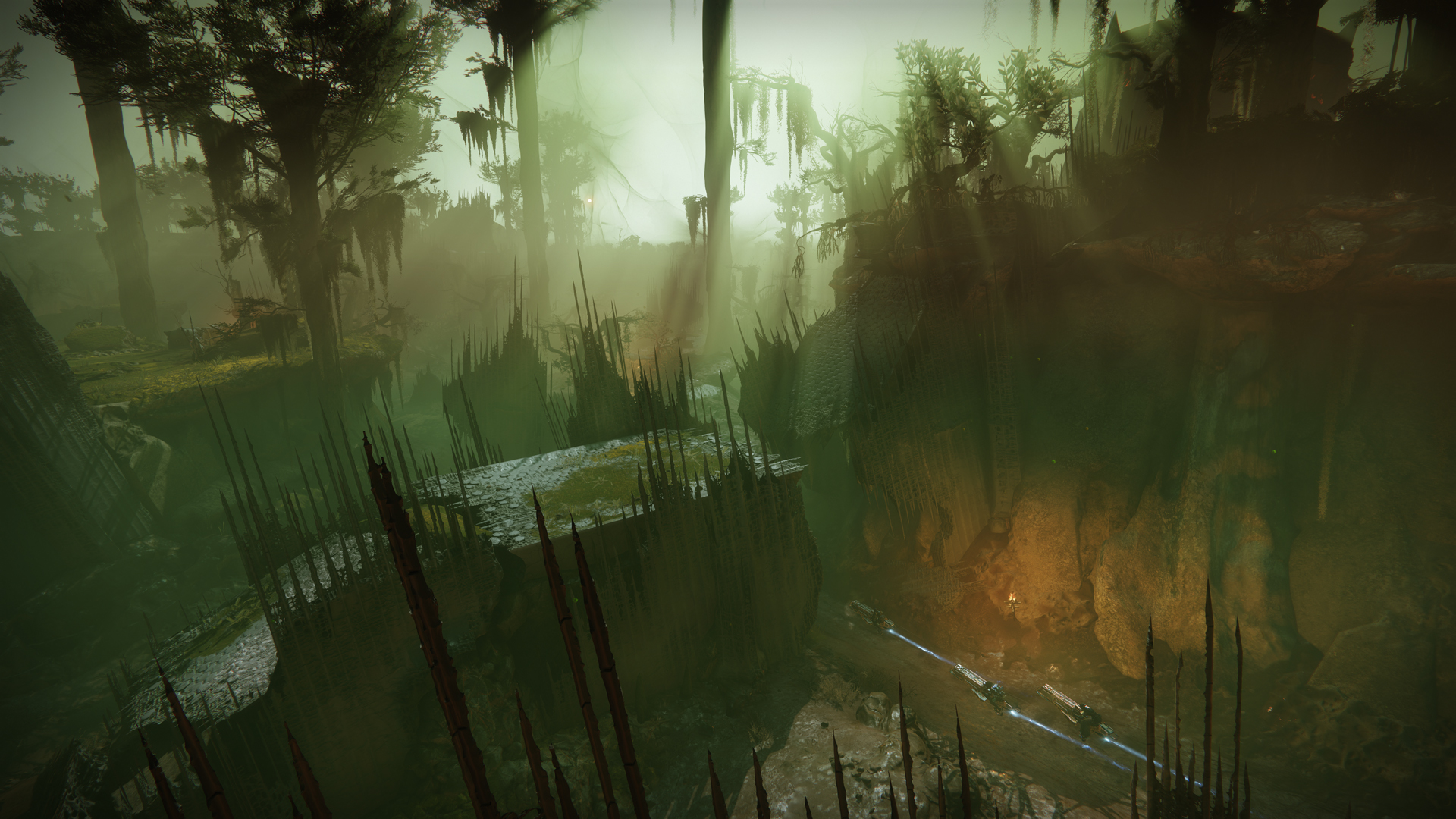 The Witch Queen has finally arrived and she’s brought her Throne World with her.

Savathûn’s Throne World is Destiny 2’s newest destination and there’s plenty of mystery, intrigue, and beautiful areas to explore. One of the newest facets of the destination is a new public event, and like all others, it has a unique requirement to turn it into a Heroic version to earn even more loot.

The “Ferry the Resonant Splinter” public event will spawn occasionally in multiple locations in the Throne World. When this happens, a Darkness Splinter will need to be escorted to a destination, a la Escort mode in a game like Overwatch.

To move the Splinter, stand near it and enemies will spawn to try to stop you. Throughout the Splinter’s path, orange domes will pop up and players will have to destroy three Darkness Spikes that spawn inside of the dome, noticeably marked on your HUD.

Throughout the length of the event, enemies with a glowing blue hue called Resonant Keepers will spawn in periodically. Killing them will drop a Resonant Charge, a glowing orange ball, that you can pick up. Pick up the Resonant Charge and throw it at the Splinter to charge it up for Heroic.

To trigger Heroic for this particular public event, you must repeat this process until the notification pops up that Heroic mode is triggered. Once it’s done, it will spawn a Major enemy at the end. And once the Major is killed, the public event is complete.

There’s even a Throne World triumph, called Hasty Demolition, for completing the Heroic version of the public event in under three minutes and 45 seconds, so the faster you kill enemies, the faster it can be completed.