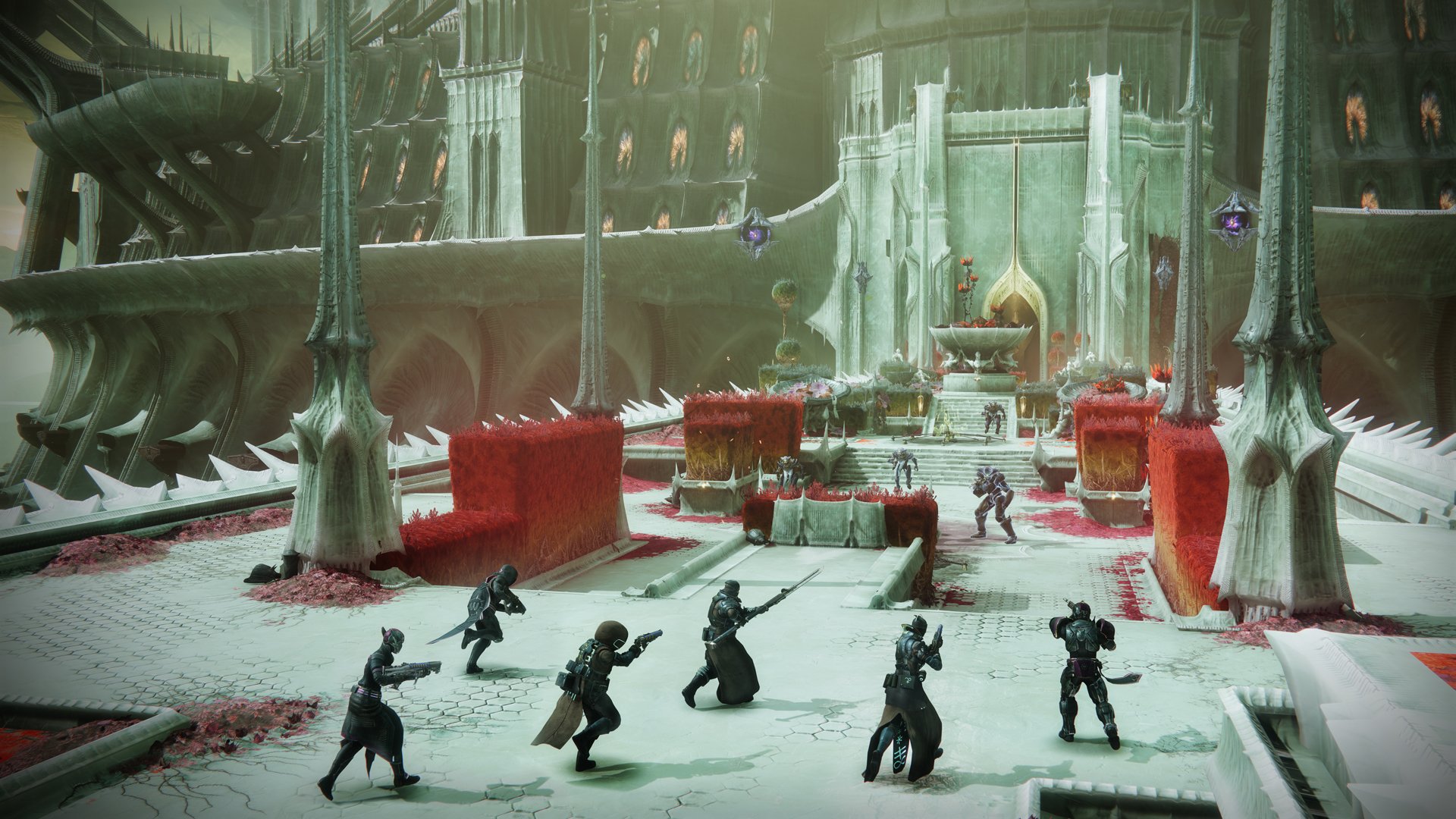 Destiny 2‘s The Witch Queen expansion brought with it the six-man Wellspring activity. In it, guardians must assault the Wellspring and stop the Darkness. Of course, this isn’t necessarily going to be easy and guardians should be prepared to fight against a horde of Scorn.

Before you can join the action, however, you must finish The Witch Queen‘s campaign. Though it may seem like a fair bit of work, the campaign helps players get closer to the 1500 soft cap, just 10 Power below the activity’s 1510 recommended Power Level.

Wellspring: Defend is one of two Wellspring activities in the Savathûn’s Throne World. These rotate every day: players have to storm the Wellspring one day, then defend it on the following. This rotation changes the type of mission and dictates its rewards, meaning you should keep an eye on their mission launch screens if you want to know what you’re getting into.

Here’s what you need to know about Wellspring.

How to complete Wellspring: Defend in Destiny 2

Wellspring can be launched directly from its own node in Savathûn’s Throne World, and players can hop in at any time. This six-man matchmade activity has three different stages, finishing with a boss fight.

The first step involves defending an area in The Wellspring from a Scorn assault. The area is marked clearly with a white circle, so stay inside it to take control of the area. When the meter reaches 100, the first part ends.

Of course, the Scorn won’t let you take it easily, and there will be plenty of enemies to find. The Abominations in the back of the room ahead of you will spam lightning bolts that can take down unsuspecting guardians, but the team should be fine if the Abominations go down quickly.

Watch out for hordes of Scorn in the stairs in front of you and, later on, on both left and right. Keep an eye out on your radar for any enemies dropping by and take care of them quickly before they can overrun your fireteam. A Warlock with Well of Radiance and Phoenix Protocol can make this section fairly trivial given the Super regen from the Exotic and the number of Orbs of Power your fireteam may make.

This next part is going to bring a familiar feeling to anyone who’s done Beyond Light or the Crux of Darkness Public Events in Europa. Cruxes of Darkness will spawn throughout the area, alongside a small number of Pyramid Spikes (which also appear in the Throne World Public Event). Shoot down the Spikes around each Crux until you get to the end of the room.

After the first set of Pyramids, a Scorn Walker will spawn. Take it out (aim for the legs before the engine opens) and continue to kill the enemies and shoot the Pyramid Spikes. Since the layout of the room is a staircase, you’ll have the high ground on your opponents more often than not, so make use of that advantage. Additionally, due to the sheer number of enemies, make sure to bring something with crowd control or that can take down the Spikes quickly.

Once you clear the end of the room, you’ll have a short boss fight ahead before the real boss phase begins. Bring something heavy, use the rally banner, and get ready.

Once you activate the Rally Banner and start the encounter, Vezuul, Lightflayer will appear with some Scorn in tow. Take out the ads, focus fire on the boss, and melt him. He’ll retreat, and obviously, the fireteam will go right behind him.

For this part, Vezuul will have three immunity phases. Each immunity phase starts when he summons a Crux to shield him and ends after the team has destroyed all its Spikes. Mind the Scorn adds he’ll spawn, though, because they might be a nuisance if left unchecked. Clear the area, then shoot the Spikes and brace for more.

If you’re going to bring a sword, keep an eye out for the boss’ melee attack, which creates a fiery pit below its feet and can be enough to take down a guardian if they don’t rush away too far.

After taking down the boss, you’re free to get your loot and the Throne World reputation that comes with Wellspring completions.