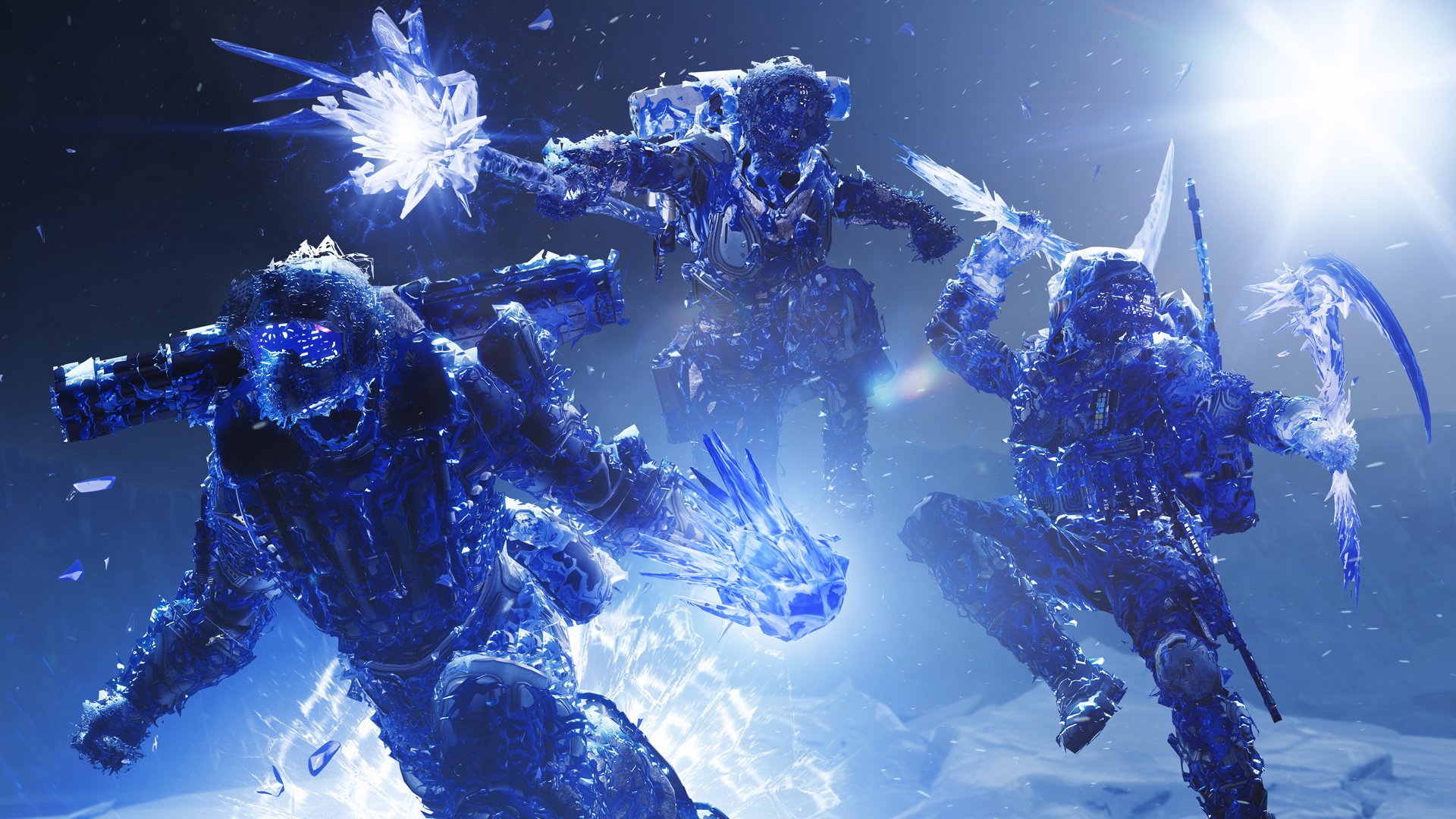 Season of the Splicer added a series of new ways to fight the Darkness in Destiny 2. Not all of them are weapons, however: Bungie also developed an additional Stasis Aspect for each class, and they can help in the fight against the Darkness.

Obtaining the new Aspects is a matter of finishing the Aspect of Interference quest, which sends the player on a scavenger hunt around Kell’s Rising in Europa and puts them against a Vex simulation. Before trying their hand at the new quest, however, players must have acquired all other Stasis Aspects.

The three new aspects are Diamond Lance (Titan), Glacial Harvest (Warlock), and Touch of Winter (Hunter), and they offer new ways to customize Stasis subclasses. Here’s how to get them.

The first step to getting the new Aspects is a quest given by the Exo Stranger, which involves finding Entropic Shards around Kell’s Rising. Bring your Salvation’s Grip—you’re gonna need it to destroy them.

Take advantage of the new landing zone in Eventide Ruins and follow the map marker to Kell’s Rising, where players go during the Beyond Light campaign. Guardians must find six Entropic Shards around the area, but luckily, they are easy to follow and form a path until the objective. Each of them will also show a quest indicator.

Follow the pathways until you get to an open area where you fight a Spider Tank in Beyond Light. The final Entropic Shard will be to the left side of the area, close to a walkway. (If it doesn’t spawn, restarting the quest can fix it).

Destroying the last shard will summon a few waves of particularly tricky Vex that are above the 1310 level cap from Season of the Chosen and will put up a good fight. The good news is that Salvation’s Grip isn’t necessary anymore, so take out your heavy weapon of choice and get to work.

After taking out all the Vex (including a hardy Wyvern), the mission will proceed to the next step: participate in a heroic Exo Challenge.

The final step on the way to the Aspect is finishing a Heroic Exo Challenge. They rotate every week between Safeguard, Survival, and Agility, following the normal cycle in Europa. Don’t forget to pack the appropriate gear, including champion mods and weapons.

After completing the Heroic Exo Challenge, players must head to the Ziggurat in Beyond to get the final Aspect for their collection. The new piece will be on a second page inside the Stasis class menu.