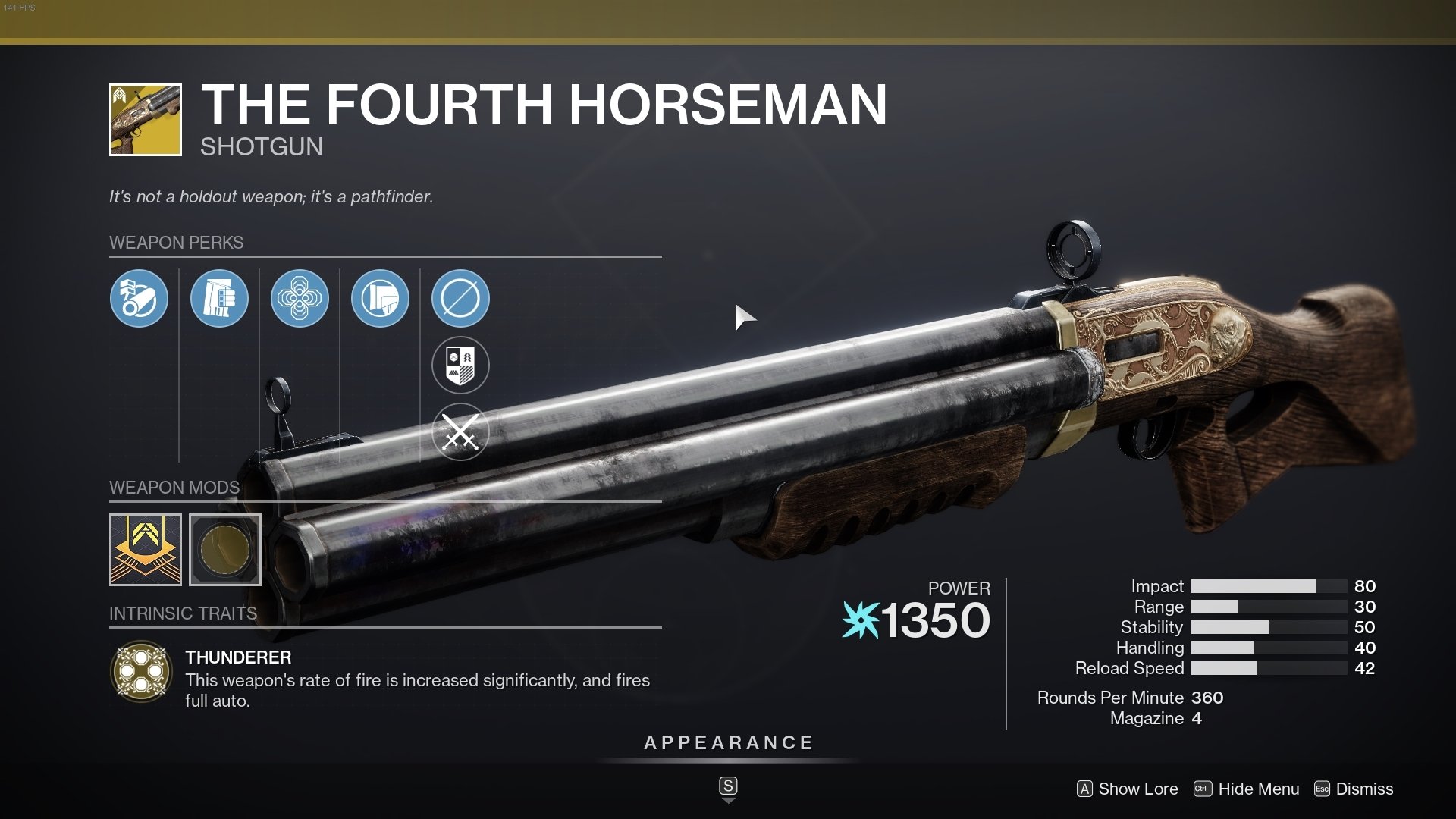 A bunch of Exotic catalysts were added to Destiny 2 with The Witch Queen expansion, and a few of them are returning ones that were removed in the past.

One of the returning catalysts is for The Fourth Horseman, the fully automatic Arc shotgun that’s a returning gun from Destiny 1. The catalyst was removed from the game but is back now, although it has a very different source in the game.

In the Jan. 20, 2022 This Week at Bungie blog post, the company revealed that The Fourth Horseman’s catalyst was being added back into the game on Feb. 22. It’s now found as a random drop from activity completions in Strikes, Crucible, or Gambit.

Here’s how to get the catalyst.

How to get The Fourth Horseman Exotic catalyst

Basically, if you want to find the catalyst for The Fourth Horseman, play and finish matches in Crucible and Gambit, or finish Strikes in the Vanguard playlist and hope for the best. That’s really all there is to it.

It’s frustrating and yet simple all at the same time. You could potentially play Strikes, Crucible, and Gambit for weeks and not land the catalyst, but patience will be rewarded if you can lock down the catalyst and buff The Fourth Horseman in a big way.

The Fourth Horseman catalyst: “And Its Name Was Death”

“Adds an additional round to the magazine and increases reload speed.”