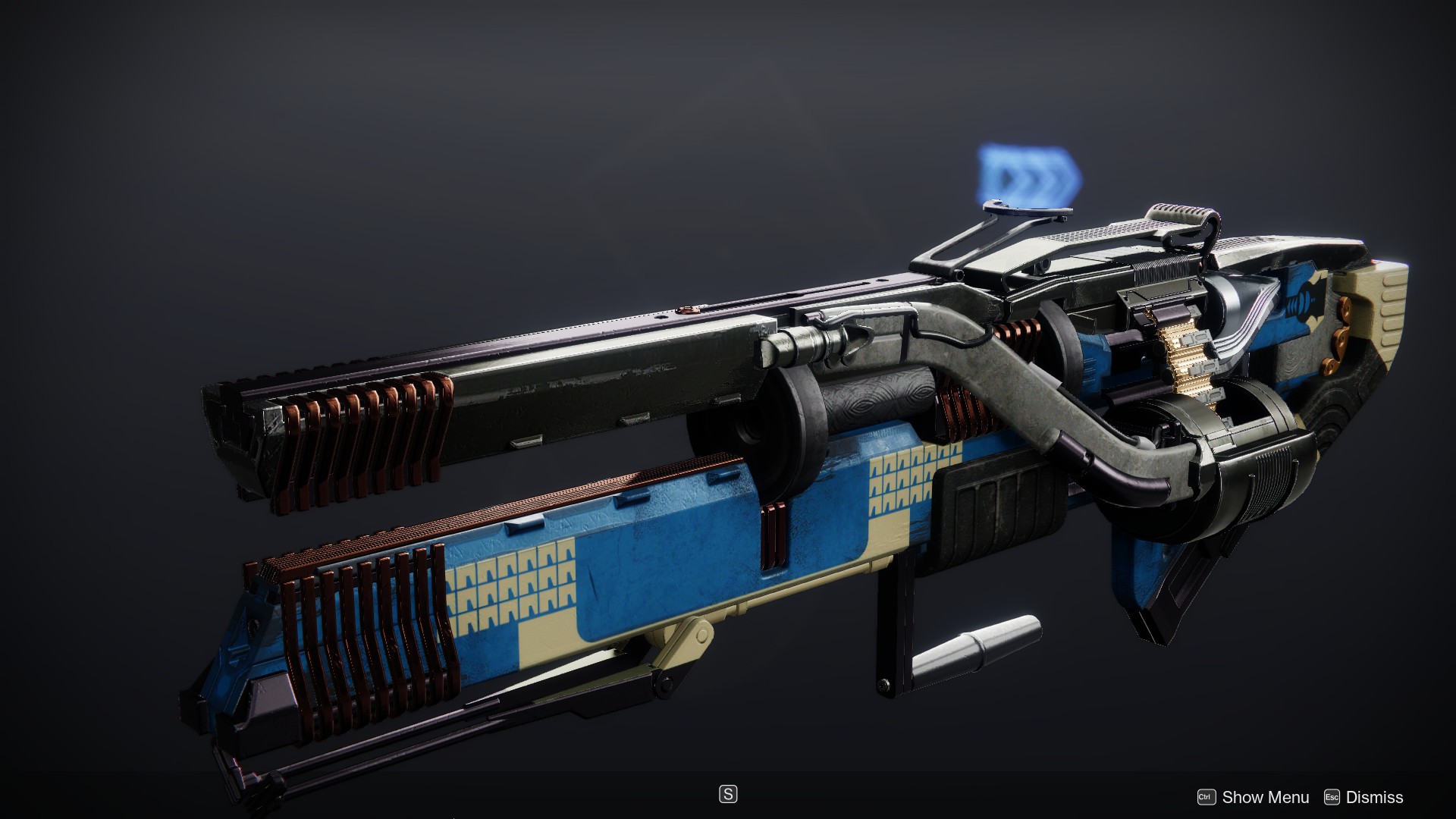 Destiny 2 has a true arsenal at guardians’ disposal. But sometimes, the best weapons aren’t necessarily on their side.

A Cabal Colossus, for instance, will shoot a volley of homing rockets that will at best slow and at worst kill a guardian. Season of the Risen brought another Cabal gun to the arsenal. But this time, it’s on the Vanguard’s side.

Grand Overture, the seasonal weapon, lets players charge up and unleash a volley of rockets against their enemies. This Heavy machine gun is a fitting weapon for a Cabal-themed season and one that can win the heart of some guardians. Here’s how to get it.

How to get Grand Overture in Destiny 2

Grand Overture is part of Destiny 2’s Season of the Risen season pass. If you’ve bought the pass, then you can unlock it the second you boot up the game and claim it through the season rewards tab. If you don’t have it, however, there’s a bit of a longer wait: Players can get it at rank 35, meaning there will be some grinding to do.

How does Grand Overture work?

From a gameplay perspective, Grand Overture has a unique spot, feeling somewhat like Xenophage and the (also Cabal) Heir Apparent minus its Arc Shield. Players must charge the weapon first before shooting its slugs. But after charging the weapon to max, holding down the trigger will fire in full auto. Successfully landing shots will also load missiles in the weapon and holding R after landing some shots will fire a higher-damaging round. Each shot you land will add a buff counter to the left side of your screen, and holding R will allow you to fire a volley of rockets based on how many buffs you have. Stacking enough of them can serve as a good source of burst damage.