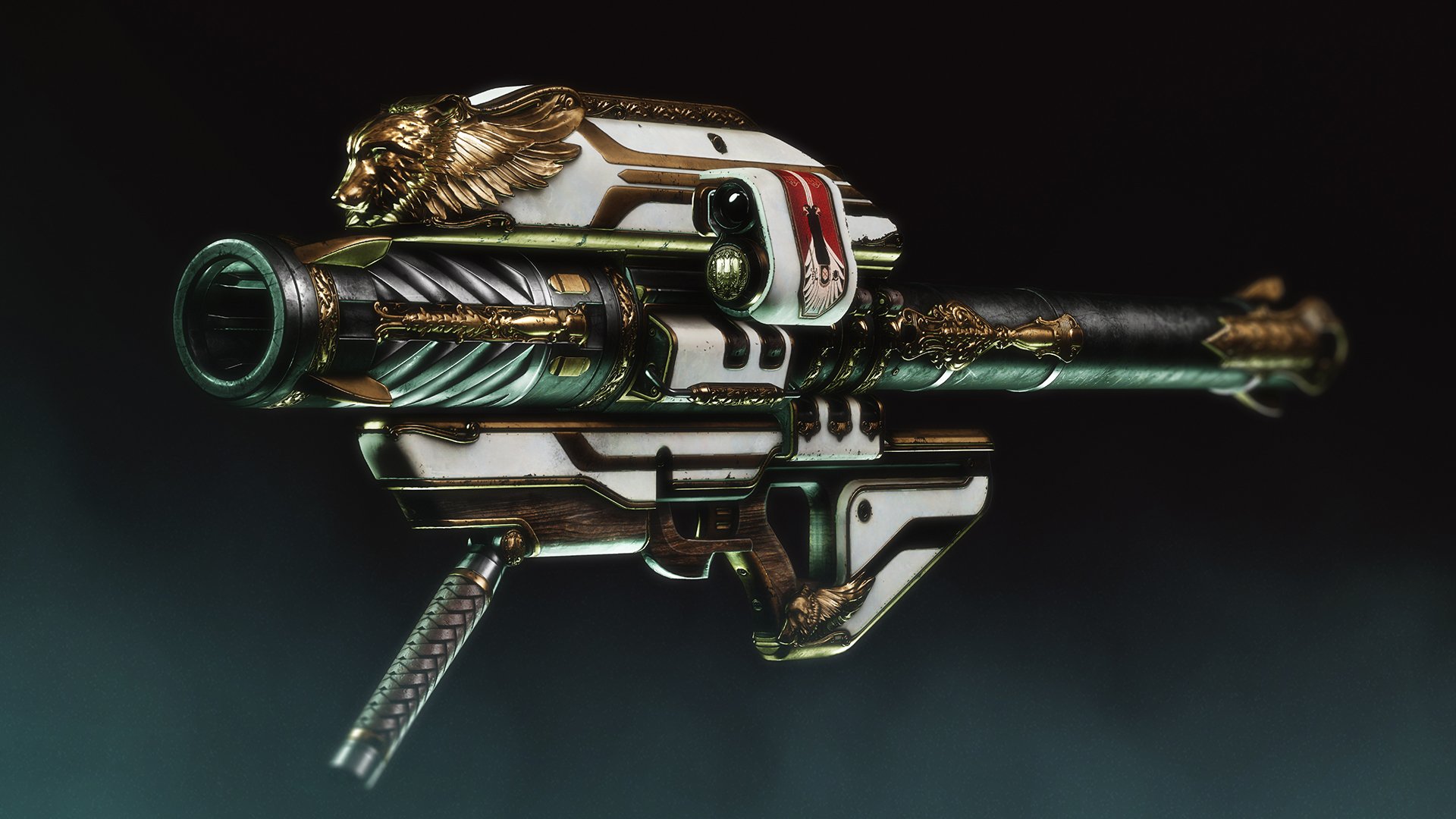 Gjallarhorn, one of Destiny’s most overpowered Exotics, came to Destiny 2 alongside Bungie’s 30th Anniversary Pack, much to the joy of veteran players. Thanks to its tracking rockets and sheer firepower, it became nearly mandatory in raiding groups during the original Destiny—and it packs a punch in the sequel as well.

The weapon is only available for 30th Anniversary Pack holders and buying the expansion is just the first step. Players can find the Gjallarhorn quest, called “And Out Fly the Wolves,” in Xûr’s inventory in Eternity. But getting the legendary weapon takes a few errands, starting with a trip to the new Grasp of Avarice dungeon.

Here’s how to reunite with Gjallarhorn—or meet it for the first time.

How to get Gjallarhorn: And Out Fly the Wolves

The Gjallarhorn comes from a quest from Xûr called “And Out Fly the Wolves.” The first step in completing it is finishing the Grasp of Avarice Dungeon, part of the 30th Anniversary Pack.

After you complete it, the game will send you back to the Cosmodrome to speak to Shaw Han. He’ll give you the objective of hunting down seven Powerful Fallen across the Cosmodrome and players can fulfill that requirement across any activity set in the area. Strikes with Fallen enemies, such as The Devil’s Lair, will work, but grinding the Exodus Garden 2A Lost Sector is the shortest path to the rocket launcher. Kills aren’t guaranteed to drop the items you need for the quest, but it’s still a fairly short grind.

After you take out the seven Powerful Fallen, you’ll have to go to Shaw Han, then Banshee-44, to receive the next step: finishing the Exodus Garden 2A Lost Sector and looting the final chest.

Then, all it takes is getting back to Shaw Han and reassembling Gjallarhorn so you can wield the iconic launcher in its full glory.

Here’s a recap of the objectives:

In addition to the Gjallarhorn, players who purchase the pack will have access to a pirate-themed dungeon, an armor set inspired by the ominous Thorn Exotic Hand Cannon, Bungie-themed ornaments and cosmetics, and the Claymore sword from Myth, according to Bungie—and there will be more to come.

Gjallarhorn “has been carefully updated to the Destiny 2 sandbox,” according to its official reveal, and the developers mean to “take its iconic status to the next level.” And in Destiny 2, it packs a punch.