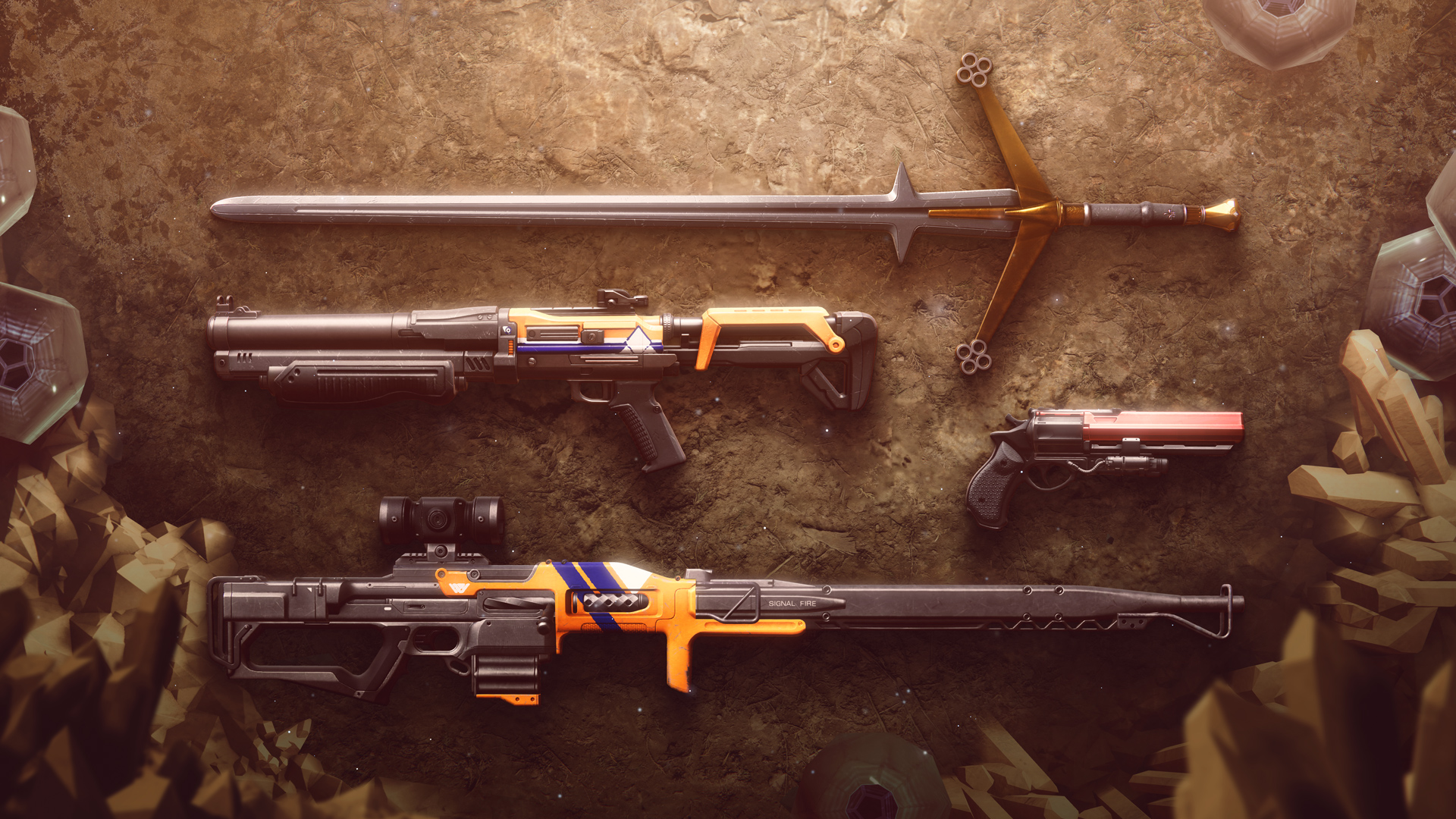 Destiny 2‘s 30th Anniversary Event brings a few new weapons from the first installment of the franchise to the game—and you can get them with some dungeon delving.

Other than the mythical Gjallarhorn rocket launcher, players can also get Eyasluna, 1000-Yard Stare, Matador 64, and Hero of Ages in the sequel as part of the DLC pack. This selection of weapons expands on The Comedian and The Hothead, which are already Nightfall rewards on selected weeks.

Eyasluna, 1000-Yard Stare, Hero of Ages, and Matador 64 are available through the Grasp of Avarice dungeon. Although some 30th Anniversary weapons—such as the BXR-55 Battler Pulse Rifle or the Pardon Our Dust grenade launcher—are available for free for all players, this specific selection of Destiny 2 requires players to own the 30th Anniversary Pack if they want to get them.

This set of Destiny weapons is available as rewards from the Grasp of Avarice dungeon, a paid dungeon that comes as part of the 30th Anniversary Pack. Drops are accidentally limited for the first week, though: a bug is only awarding rewards for the dungeon once per character per reset, according to community manager Dylan “dmg04” Gafner. The team is working on a hotfix that should give players drops “upon each successful encounter completion, no matter how many times it’s been played in a given week,” he said.

Grasp of Avarice is a loot-themed dungeon that has players searching the treasure of dead Exo Wilhelm-7, who will protect it from beyond the grave. The dungeon has a series of unique mechanics, though it plays very differently from the three available dungeons (The Shattered Throne, Pit of Heresy, and Prophecy). Grasp of Avarice is available through the Eternity node in the map or from the Cosmodrome.