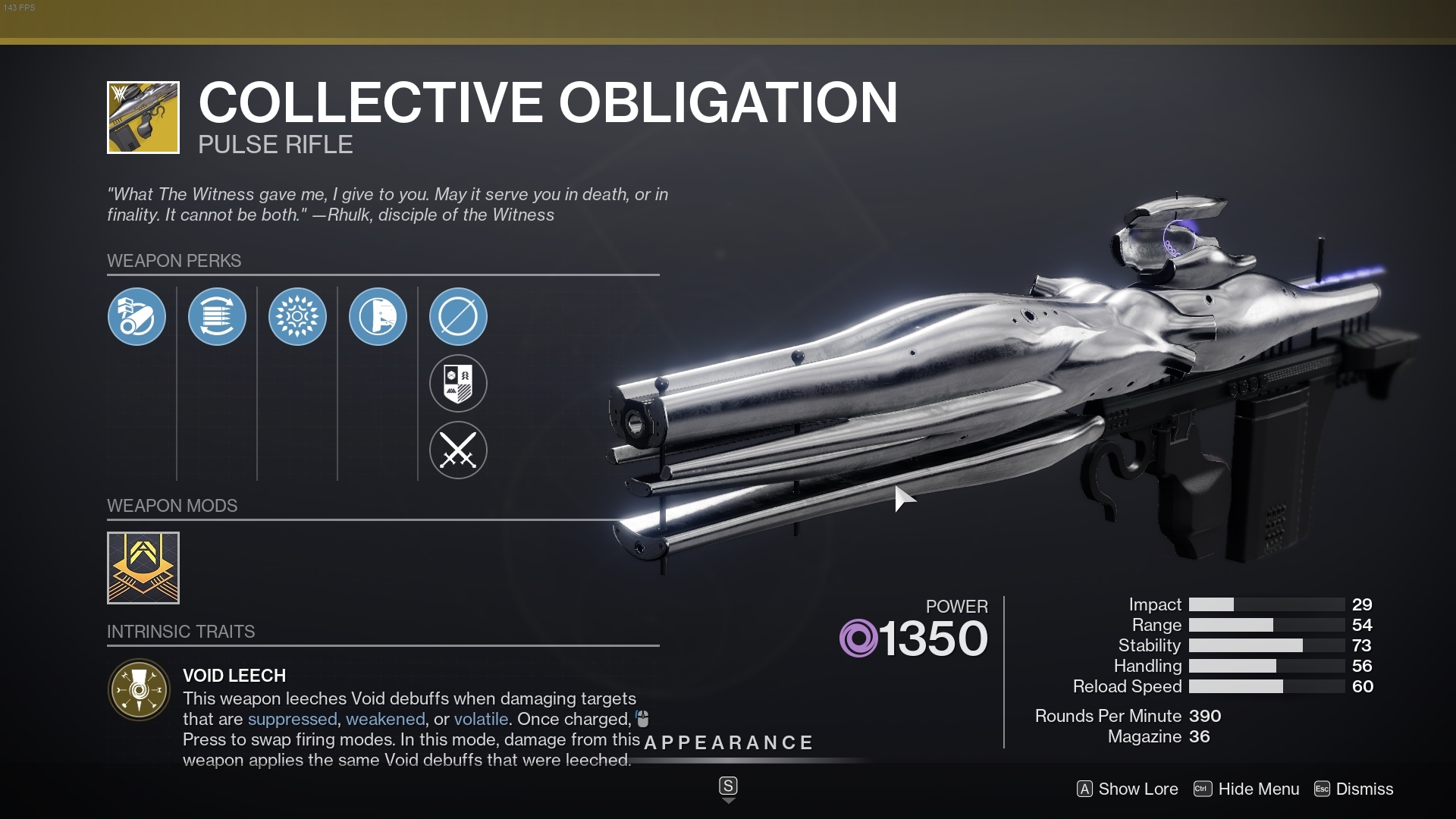 One of Destiny 2’s best new exotic weapons in The Witch Queen expansion is a pulse rifle that pairs up with the game’s new Void 3.0 subclass rework in an exciting way.

The pulse rifle is called Collective Obligation. It doesn’t only look really cool, but it comes equipped with an amazing ability. The exotic pulse’s intrinsic perk is called Void Leech, and it’s pretty awesome. Here’s how it works:

“This weapon leeches Void debuffs when damaging targets that are suppressed, weakened, or volatile. Once charged, press reload to swap firing modes. In this mode, damage from this weapon applies the same Void debuffs that were leeched.”

With this perk, you can string Void debuffs to entire mobs of enemies, wreaking havoc in beautiful purple explosions across any of the game’s activities. It’s a ton of fun to use.

Here’s how to get this stunning new pulse rifle.

How to get Collective Obligation in Destiny 2: The Witch Queen

Collective Obligation is the Vow of the Disciple raid weapon. It’s in the same class as weapons like Vex Mythoclast from Vault of Glass or Eyes of Tomorrow from Deep Stone Crypt, meaning that it can only be acquired as a random drop from the raid completion.

This Void pulse will only drop from the final chest of the raid after the final boss, Rhulk, is defeated. There is no other way to acquire it and it takes a lot of luck and good RNG to obtain it. Don’t be surprised if it takes several (possibly dozens or more) raid completions to attain, because it is a completely random drop.

The best way to farm for Collective Obligation is to run Vow of the Disciple across three different characters each week. This is the only way to maximize your chances to earn one, so make sure to level up three characters and hop into the raid on a weekly basis until the gun is yours.