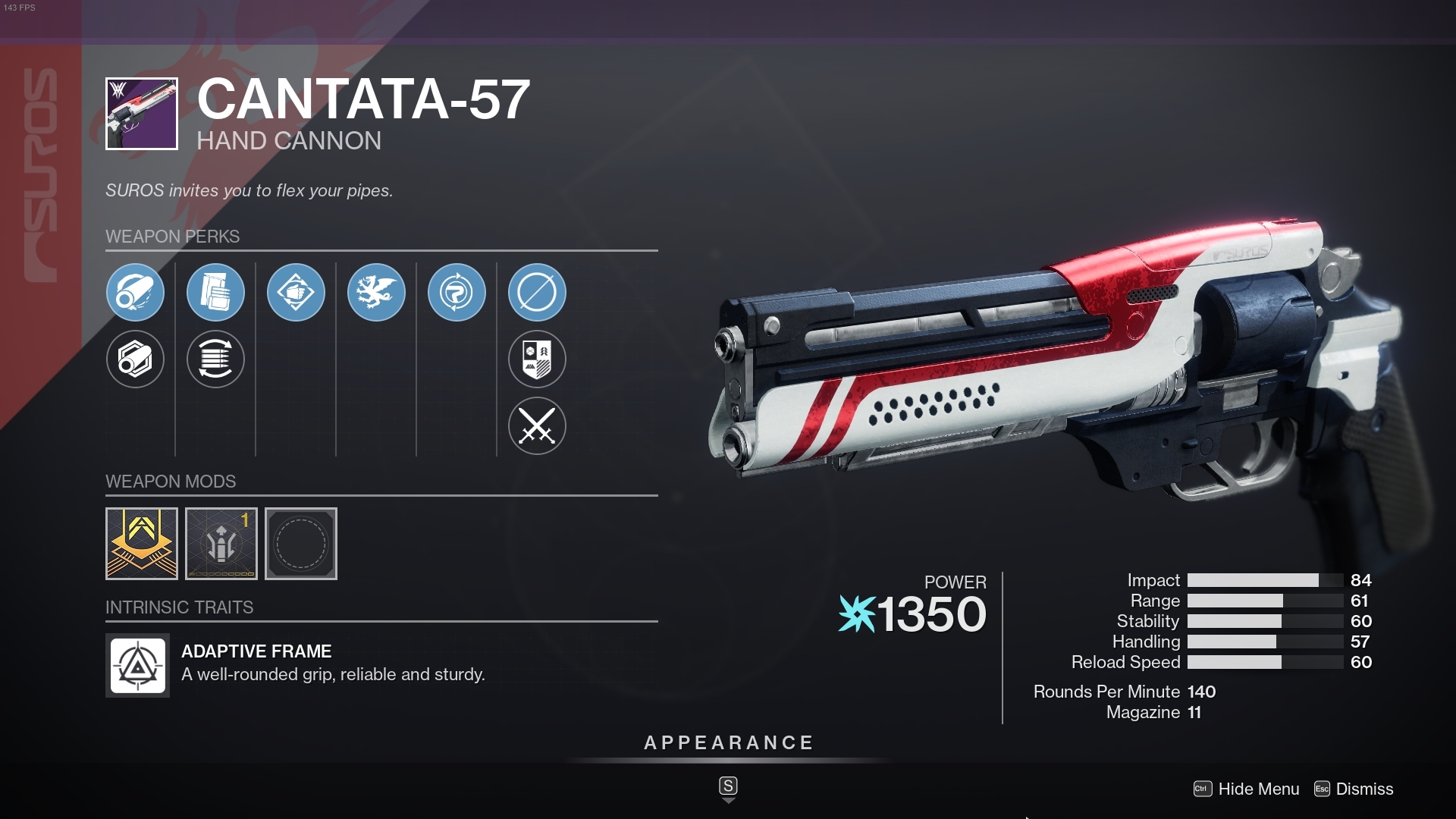 A new hand cannon has entered the Destiny 2 meta, and it’s called Cantata-57.

The Cantata is an early favorite of Crucible players in The Witch Queen, especially since it’s new. But it is a solid hand cannon, especially when it comes with a god roll like Rapid Hit/Rangefinder.

A Suros hand cannon, Cantata-57 comes with Suros Energy built in as its basic origin trait. This perk offers bonus weapon handling and reduced flinch for a short time after reloading, so it feels extra smooth in the right hands.

There’s no true way to farm for a Cantata-57, since its source is Legendary engrams. But it can be found as a reward in just about any activity with a whole lot of luck. Any activity that rewards Legendary engrams, including rank-up packages with factions, has a chance to reward the Cantata.

Playlist activities like Strikes, Crucible, or Gambit are a great place to play since they drop rewards consistently and you rank up the faction as you play. Legendary engrams can also drop in The Witch Queen campaign, as a public event reward, or from a random enemy in just about any activity.

It’s going to take a decent bit of RNG luck to find a Cantata-57, and even then, the luck must continue when it comes to the gun’s perks and stat set. But if you grind, the chances to grab one become higher.