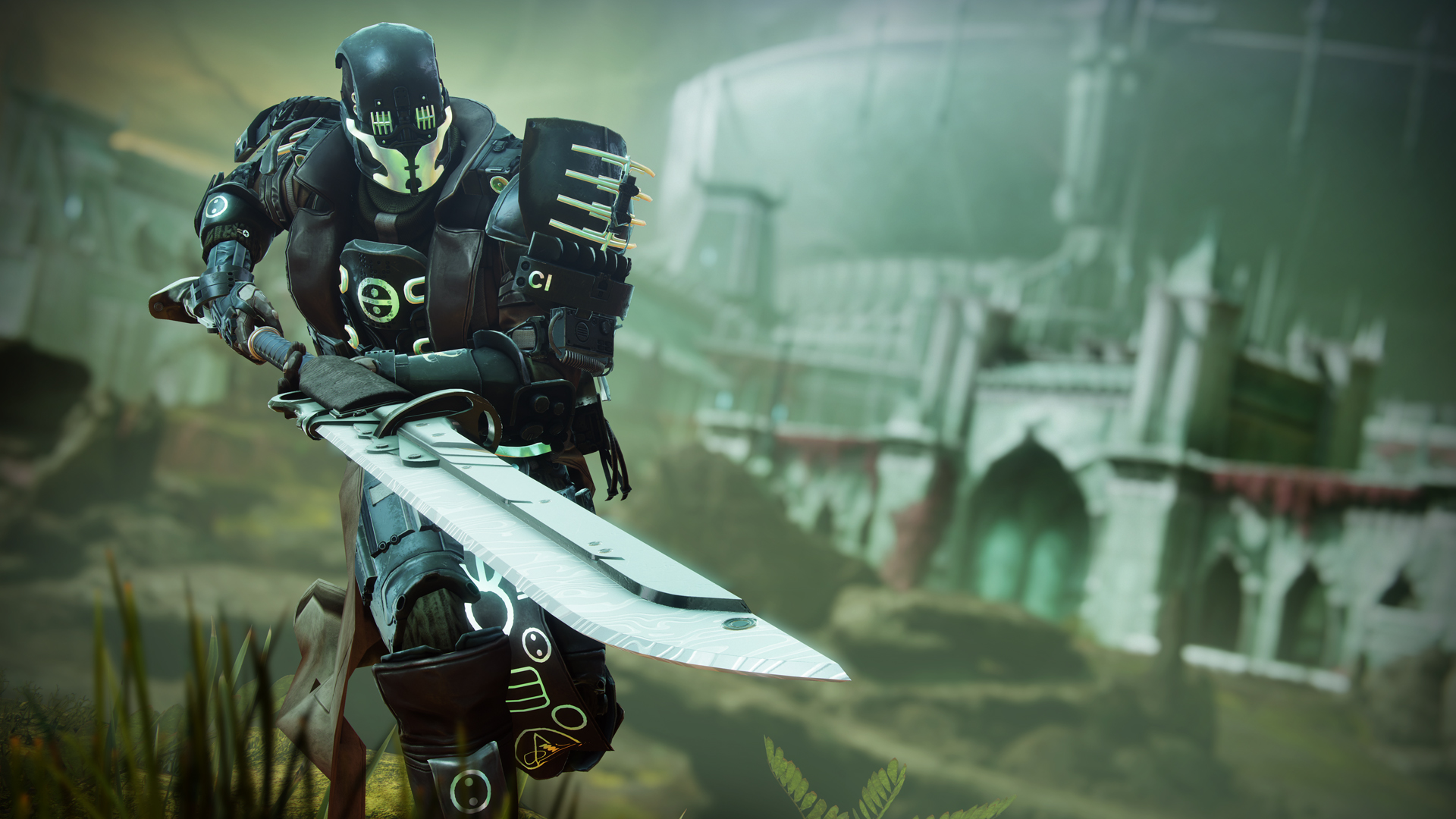 With the release of long-awaited Destiny 2 expansion The Witch Queen comes the arrival of an all-new dual ranged/melee weapon, the glaive.

The glaive fills the energy weapon slot and has tremendous damage output between its ranged and melee capabilities. Guardians can fire a slow-moving but powerful pulse at limited range or can use the melee option to hit enemies with chained combos for lots of damage. Players can also right-click to hold up a shield that depletes energy. Like trace rifles, shotguns, and sniper rifles, the glaive uses special ammo you can collect from downed enemies.

Here’s everything you need to know about the all-new, all-fun Witch Queen energy weapon now available to use in Destiny 2.

How to get a Glaive in Destiny 2

At the conclusion of the prologue quest for The Witch Queen campaign, players will arrive at the Enclave on Savathun’s Throne World and be introduced to weapon crafting via the Relic. There they will create The Enigma, their first Glaive.

The Enigma comes standard with a few modification options, like an extended mag, tuning, and a health regeneration option. Players can level up The Enigma through extended use, and unlock more powerful frames and modifications.

Players can also acquire Patterns (weapon crafting recipes) for other Glaives too. Each class has an Exotic Glaive Pattern that the player can earn:

Each Exotic Glaive is unlocked by completing “The Evidence Board” Exotic quest, according to Light.gg. The Evidence Board itself is accessible on the Enclave, but only after a certain point in the campaign.

There’s also a Pattern for a Solar-based Lubrae’s Ruin, but Destiny 2 players have not yet figured out exactly how to acquire that unlockable weapon.