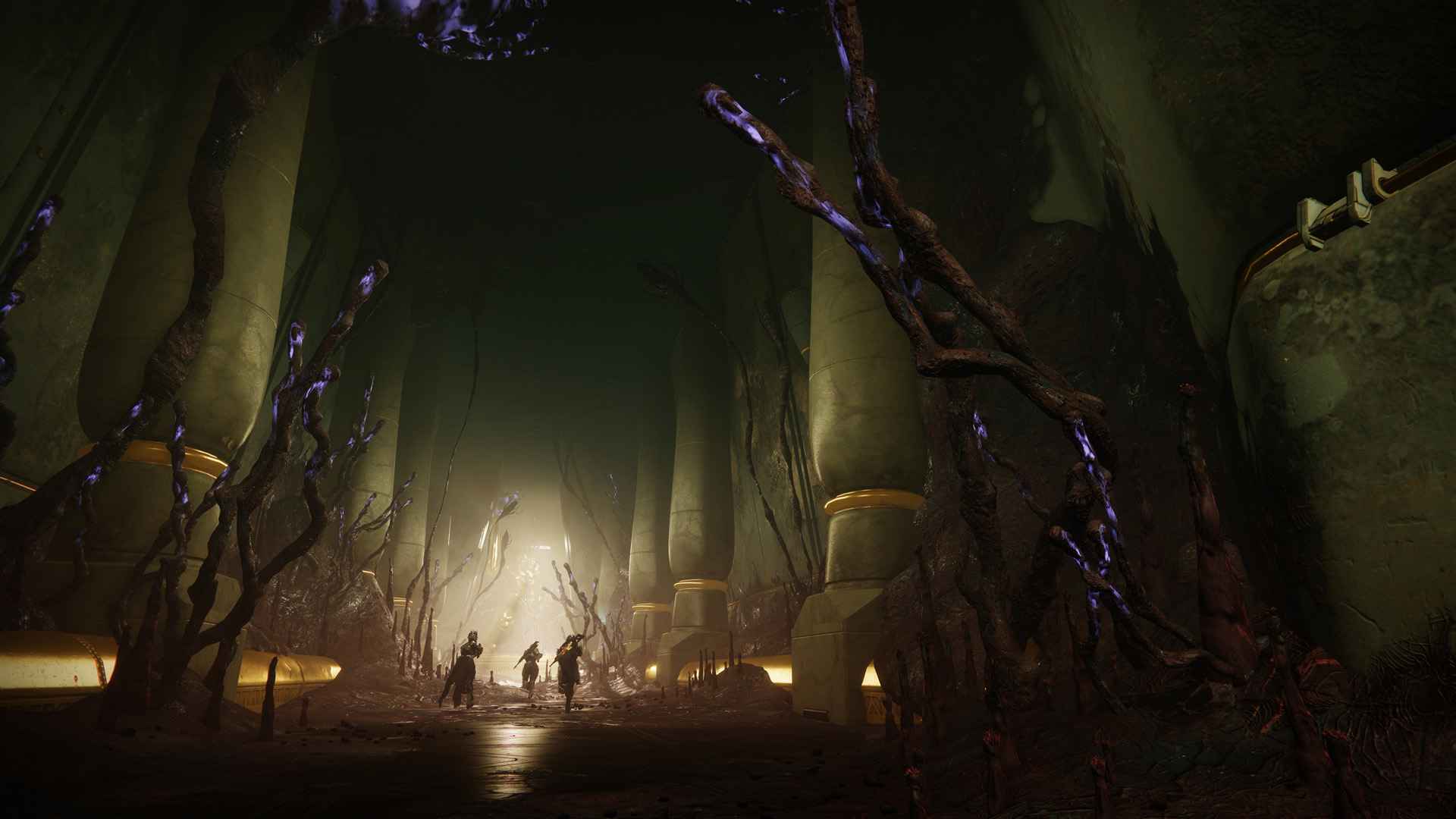 The Leviathan is back in Destiny 2 with Season of the Haunted—not only to serve as a backdrop for the seasonal narrative, but to offer Guardians a new patrol area as well. Its now-derelict halls may feel familiar to original Destiny 2 players who tackled the Leviathan raid when the game first launched, but its plethora of endless hallways and mysterious rooms will be new for many others.

Opulent Keys, a new currency tied to the seasonal Nightmare Containment activity, unlock chests containing reissued Opulent weaponry in different rooms aboard the Leviathan. Hovering over an Opulent Key will give the player a hint on the location of the loot chest that its paired with. The Pleasure Gardens is one of these potential locations, a corrupted garden deep in the Leviathan underbelly that also contains patrol spawns and Nightmare minibosses.

While getting to the Pleasure Gardens is an ultimately inevitable thing, with every door in the Castellum connected to one another, players will want to save the minutes that can be wasted taking the wrong door and a detour through the Royal Pools. Here is how to find the Pleasure Gardens in Destiny 2 efficiently.

Getting to the Pleasure Gardens on the Leviathan

When you first enter the Castellum from the Leviathan’s landing zone, you will be greeted by a large golden Calus statue that serves as the open area’s centerpiece. The fastest route to the Pleasure Gardens lies through an open door tucked away behind that Calus statue, on the opposite side of the room to where you first load in.

Related: How to get Vestiges of Dread in Destiny 2

Make your way across the Castellum to that area behind the statue, and an array of stairs fanning out from the base of it will lead down toward the open door that you want to take to get to the Pleasure Gardens.

Follow the long tunnel downward through the door to reach the Pleasure Gardens. There is only the one route through the tunnel, so getting lost in the underbelly is fortunately not a problem to be concerned about. The Pleasure Gardens feature a few Opulent chests tucked away in the corners of the room alongside patrols that can be completed for seasonal reputation bonuses. Squads of powerful Nightmares will also consistently spawn throughout the area. But the seasonal Nightmare Containment activity is only available in the Castellum.