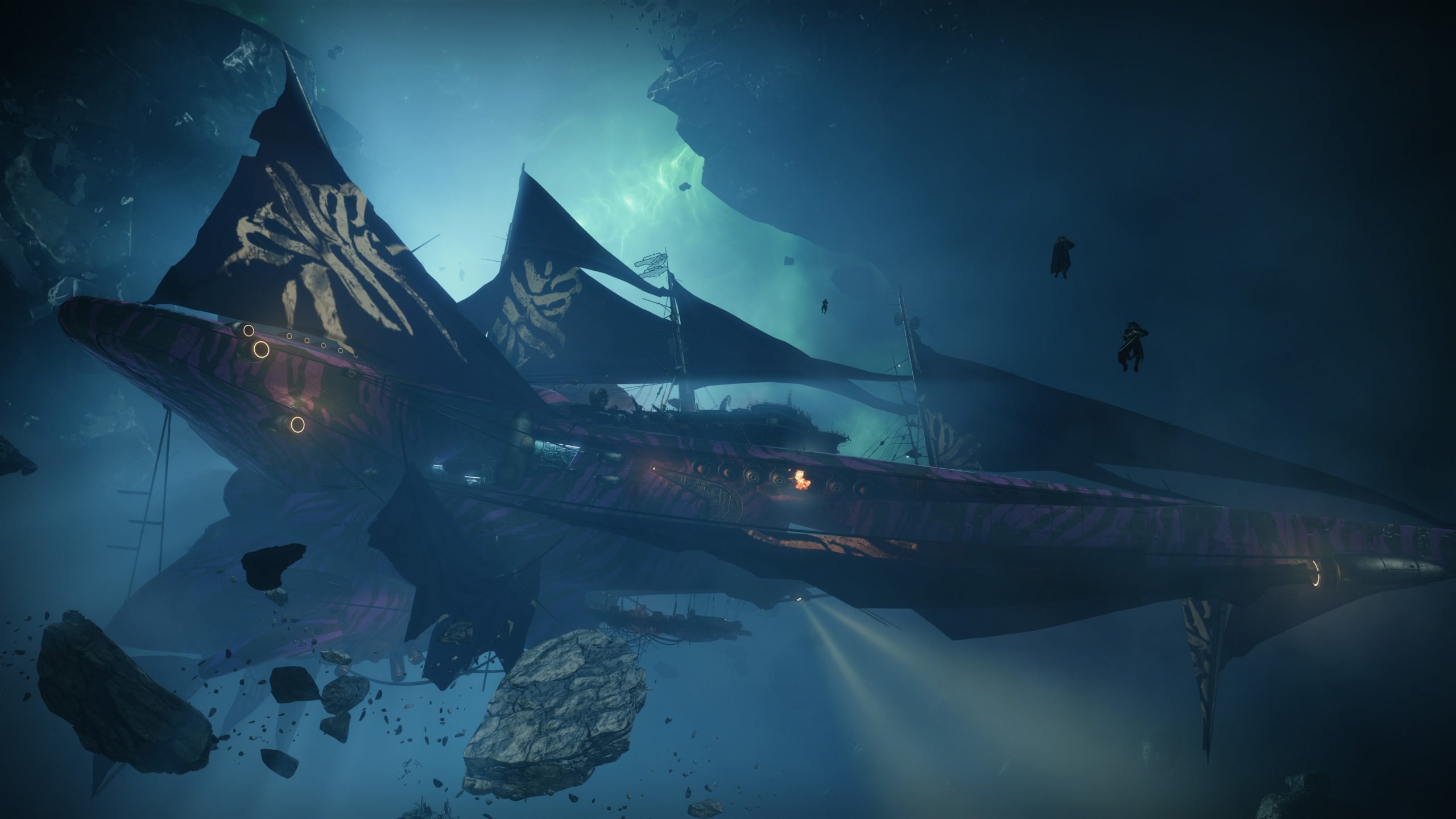 The most pirate-y elements Destiny 2 had were Grasp of Avarice and the Swashbuckler perk. Season of the Plunder, however, aims to rectify that by leaning heavily into the pirate theme, giving fans a season filled with loot, treasure, pirate puns, and themed activities.

One of these activities, Ketchcrash, has players fight against Eramis’ captains in ship-to-ship combat, where they storm the decks of an enemy ketch—using themselves as projectiles, like most fearless sailors in Sea of Thieves do—and fight off Eramis’ captains.

To make the most out of the seasonal treasure hunts, players will need to find Map Fragments. And if you were hoping the fragments would lead you to hidden treasure, then you’re absolutely correct: Map Fragments are integral to making Treasure Maps, which you can use to track down seasonal gear in Excavation missions. You’ll also need some Treasure Coordinates to combine with your Map Fragments so you can locate the treasure.

Map Fragments are only available from Ketchcrash activities, meaning you’ll need to become fairly acquainted with this new activity if you’re looking to make the most out of seasonal gear.

Every Ketchcrash completion will drop an amount of Map Fragments (roughly 11 of them, in our case), which you can combine with Treasure Coordinates to make Treasure Maps. These maps will point players to hidden treasure in Expedition missions, which players must complete if they want a good opportunity to get seasonal gear.

Ketchcrash has six-player teams and matchmaking, meaning you can easily run it with a large fireteam or alone since the game will pair you with other guardians.

The activity itself isn’t exactly challenging, though it does come with a Master variant for players who want to take the challenge to the next level (and earn a Pinnacle drop in the process).

Though Ketchcrash may not guarantee seasonal gear drops, some upgrades on the Star Chart (the seasonal vendor) in the H.E.L.M. can help improve your odds of getting them from Ketchcrash completions, which will come in handy given the activity’s importance to the seasonal loop.

If you don’t get any Season of Plunder gear from your Ketchcrash completions, though, the Map Fragments you obtain can be put to use to make Treasure Maps and score you some seasonal gear.

Keep an eye out for Tarnished Mettle with Joltshot if you’re planning on making the most of Arc 3.0, since the Destiny 2 perk can help you spread Jolt to enemies.