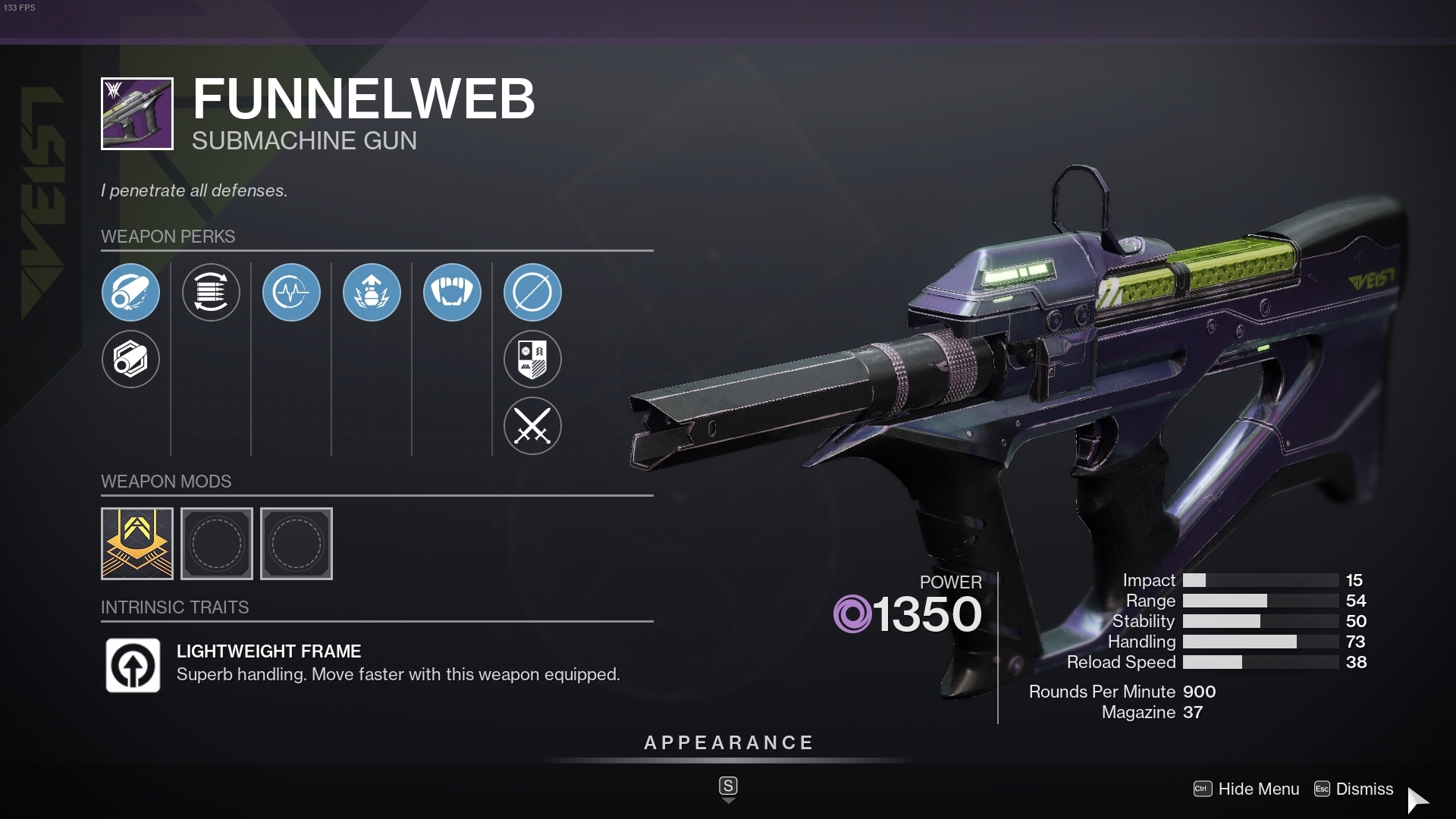 The Recluse. That name should send shivers down the spine of longtime Destiny 2 players. The powerful submachine gun has since been sunset into irrelevance, but a descendant of the gun can be found in-game now. The Funnelweb meta is here.

Funnelweb is a dominant Void SMG in the early days of The Witch Queen, especially when paired up with the new builds made possible as part of the Void 3.0 subclass rework. It’s a destructive force at any level of the game’s PvE activities.

The SMG is highly reminiscent of The Recluse, not just because it’s the same weapon model and reload animation, but its perk rolls can turn it into an absolute monster. The perk pairings of Subsistence and Frenzy or Subsistence and Adrenaline Junkie are just two of the possible strong rolls it can drop with.

Here’s how to farm for Funnelweb so you can create Void destruction on a whole new scale.

How to farm for Funnelweb in Destiny 2

Funnelweb is currently a world drop in Destiny 2 at the outset of The Witch Queen expansion. This means the only way to get it is from Legendary engrams that drop from any activity or random enemies in the game. You’ll need a lot of luck to find one of these from a purple engram, and even more luck to find one that has a strong set of perks.

There is, however, a very specific way to kind of “cheese” some Tier 3 Deepsight chests to maximize your chances of getting a Funnelweb, but it will involve playing Destiny 2 on a separate platform from your own.

The main method that players have been using is to boot up the free-to-play version of the game on another platform while using your same Bungie account. If you play the game on a platform where you do not own The Witch Queen DLC, Deepsight Tier 3 chests will only contain world loot and none of the Throne World guns like it usually will.

Once you attain Tier 3 Deepsight by reaching rank 15 with Fynch, you can farm these chests to earn world drops only, meaning that the loot will be pulled from a very small pool of weapons that contains Funnelweb.

The above video by YouTuber myfi highlights a great Tier 3 Deepsight chest route in the Throne World found in the Alluring Curtain section of the map. Bungie has already nerfed the frequency at which these chests can be opened, so you can’t open them as quickly as the video illustrates, but it’s still possible to do.