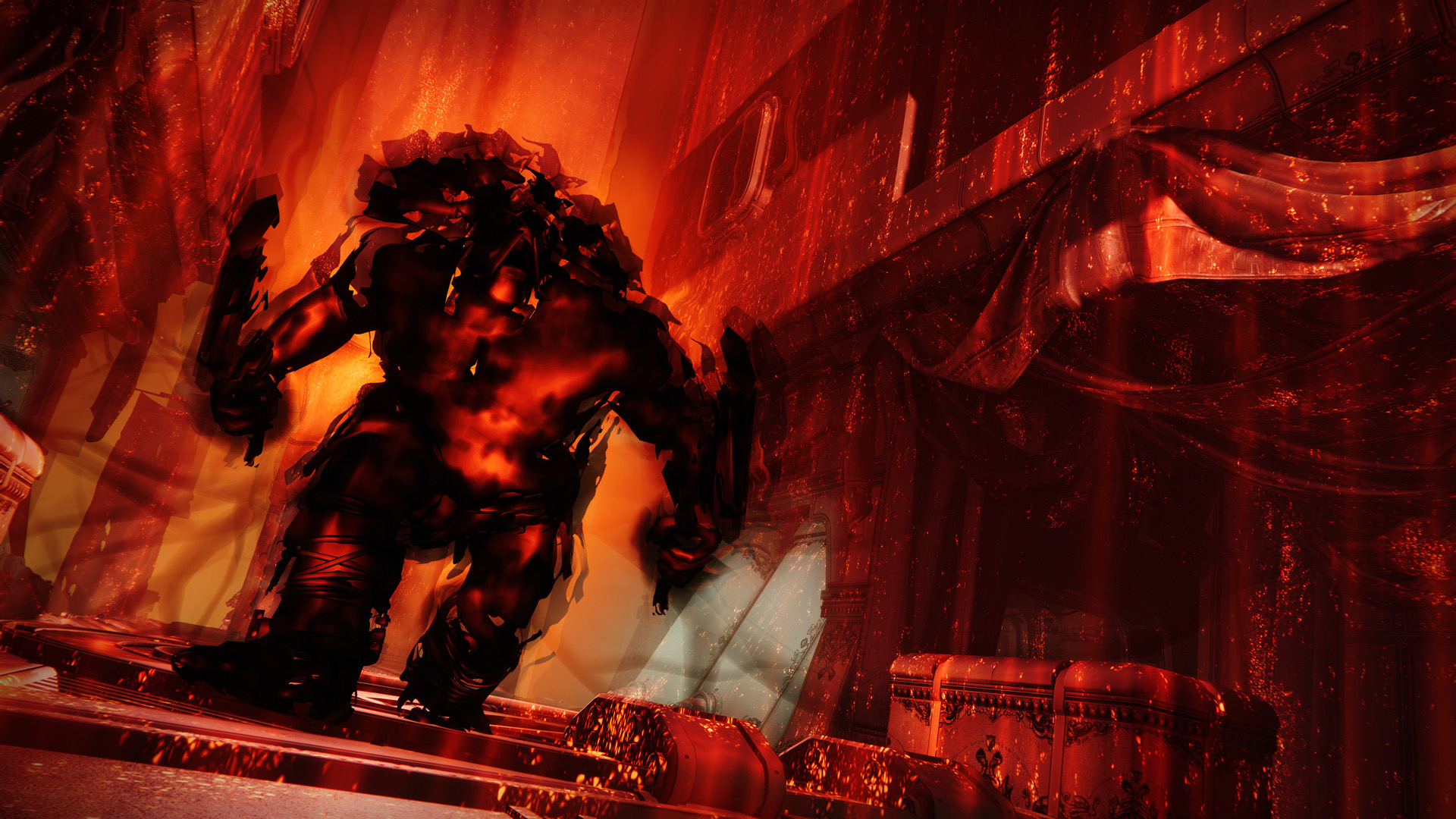 Destiny 2’s Duality dungeon sends players into a mind heist inside the consciousness of the former Cabal Emperor Calus, who’s back with a vengeance after communing with the Witness. The dungeon is embedded into the seasonal story from Season of the Haunted, and throughout it, players will head through Calus’ consciousness and unveil his deepest secrets—and his greatest shame.

Before starting the boss fight, players should make note of the bells on each side of the room, as well as the four locked doors around the arena. There will be one door on the right and one door on the left of each bell, and each will have its own symbol. Chalice and Sun are at the top of the stairs, while War Beast and Axe are on the other side of the room. Knowing where they are can be is of the essence since players will have to open them. You’ll notice these doors are opposite each other, with one in each corner of the room. That layout is important to keep in mind when in the damage phase. 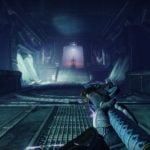 The bell mechanics will be essential to fighting the Nightmare of Gahlran. Players have to ring the bell by shooting it to get into the nightmare realm, marked by its blood-red hue. To come back, players must shoot the bell while inside its radius or the collapsing nightmare will kill them. The nightmare will also collapse and kill whoever is in the realm if the Collapsing Nightmare debuff runs out.

Every time you go into the nightmare realm, a set of Bellkeepers will appear on the other side of the room. They protect the bell and stop you from using it while they’re alive, so taking them down should be a priority. These mechanics will be a common theme throughout Duality and will also be necessary to trigger Gahlran’s damage phase.

Find the buffs in the Nightmare Realm

To start the encounter, enter the nightmare realm by shooting the bell. Once you’re in, the fireteam will have two priorities: grabbing the buffs from the standards and killing the Bellkeepers to ensure they have a way back. Players can do all of those together or split up, depending on the preferences of each fireteam, and the most common way seems to be having a player on each side of the room (for instance, one takes the doors on the left side while another takes the door on the right), while the remaining fireteam member takes out the Bellkeepers.

The Standard Bearers will appear randomly inside one of the now-opened rooms, behind the doors that are normally locked in the normal realm. Killing them will drop a standard and extend your time a bit. Players will have to dunk the standard in the corresponding door in the normal realm, but for that, the bell must be opened—and that’s where the Bellkeepers come in. 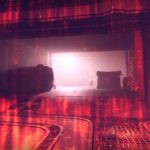 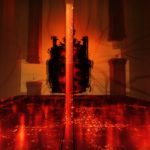 This part can get hectic due to the sheer number of enemies coming at you. To trigger the damage phase against Gahlran, a player must be in each newly opened room when they teleport into the nightmare realm, then they must kill all the enemies that come in their way.

After you return from the nightmare realm for the first time, clear out the adds and dunk your standards on the doors that match them. There is no timer for this, though there is a fairly steady supply of enemies, so don’t be afraid to mop up some Cabal before doing the mechanics. Doing so will open the door behind each standard, summoning another set of enemies and a Colossus on the other side of the doors. Take them out (particularly the Colossus) and look for the Bellkeepers to open up another bell. Dunking a symbol also shows a message that the Shades of Gahlran are ready, which is key to triggering the damage phase.

After the coast is clear, players should split into teams again. In the normal realm, there will be two doors opened, one on each side, and there must be a guardian inside each of them before heading into the nightmare realm. The doors that are open in the normal realm appear as closed in the nightmare realm and vice-versa, so it’s quicker for players to stay inside them.

Inside each of the doors that players opened by dunking the buffs, there will be a small army of Shades of Gahlran, who will come at the players brandishing swords. They aren’t particularly sturdy, but they can deal plenty of damage if players aren’t careful. The damage phase starts after all the Shades of Gahlran are killed across both rooms, which will make Gahlran vulnerable to damage. After you’re done, keep following the path to the other side of the room and the door will open, letting you back into the main arena. 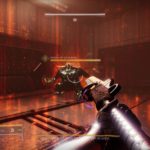 While the two fireteam members are taking out the Shades, the remaining player should go for the Bellkeepers to unlock the bell. You don’t want to stop mid-damage phase to realize the Bellkeepers are still up, so take the time while everyone else is killing the Shades of Gahlran to get rid of the Bellkeepers.

After all the Shades of Gahlran are down, Gahlran himself will be vulnerable to damage, and players have until the Collapsing Nightmare debuff runs out to damage him. Unload as much as you can with your Super and heavy weapons (swords are a solid choice for this) until the timer is drawing close, then huddle up by the bell and shoot it before the time runs out to be sent into the normal realm and avoid a wipe. If someone dies while in the nightmare realm, players can safely get their Ghost once they’re back to reality, so it’s paramount that at least one guardian makes it to the normal realm.

After the damage phase is done, players will have to repeat the steps to trigger more damage phases. The Nightmare of Gahlran doesn’t have a final stand mechanic like Taniks in Deep Stone Crypt or the Caretaker in Vow of the Disciple, so the fight becomes a simple loop after you get into the flow of it.

Loadout suggestions for the Nightmare of Gahlran in Duality

There are plenty of options for the Nightmare of Gahlran on normal difficulty. You’re looking for anything with a heavy damage output and having some crowd control helps with the Cabal that will come at you. A sniper can also be good for the pesky Psions that will shoot you when you’re at the bell, while having something with good firepower (like a Special) can help deal with Bellkeepers. Ultimately, loadout choices come down to preference. Our loadout of choice is the Huckleberry, a glaive, and Falling Guillotine, but here are some suggestions.

The fight against the Nightmare of Gahlran (and Duality in general) is extremely sword-friendly since the boss will stay within melee range fairly often. Swords can also help you take down the Bellkeepers without worrying about running out of ammo, and since the damage phases can be long depending on how quick your team is, having a sword is a good option, whether it’s The Lament, Falling Guillotine, or Crown Splitter. Don’t forget to equip the Arc-aligned Lucent Blade mod if you’re making that choice to maximize your damage. 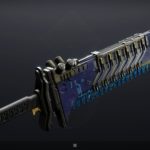 Witherhoard is a solid way to boost boss damage passively after shooting Gahlran with the initial blight shot, and it pairs well with swords since you’ll spend a long time hacking at the boss. It also offers some good crowd control, especially when paired with guardian abilities. Witherhoard doesn’t seem to stack if more than one Guardian is using it, though, so consider ditching it if you see another one on your fireteam.

Glaives are a surprisingly solid choice since they give you a shield to use as a panic button, as well as strong melee potential with the added benefit of infinite ammo. A glaive can also take care of Bellkeepers fairly easily.

Linear fusion rifles pack a punch, too, and they’re not a bad choice against Gahlran if you can land your critical hits. The boss moves a fair bit and he is up close fairly often, though, so you may get overrun by a large Cabal if that’s your go-to choice.

If you’re running Guillotine over Lament and have an extra Exotic slot, the Huckleberry can be amazing at clearing red bars due to its 40-percent buff against them, the full reload on a kill, and the improved Rampage it gets.

As far as Supers go, players should either go with buffs (like Well of Radiance and Ward of Dawn) or with straight damage abilities like (the newly buffed) Blade Barrage, Golden Gun, Thundercrash, or Nova Bomb. Void subclasses can also debuff Gahlran with a grenade if they build for it, and Hunters can either tether their targets or land arrows with Shadowshot to debuff and deal damage.