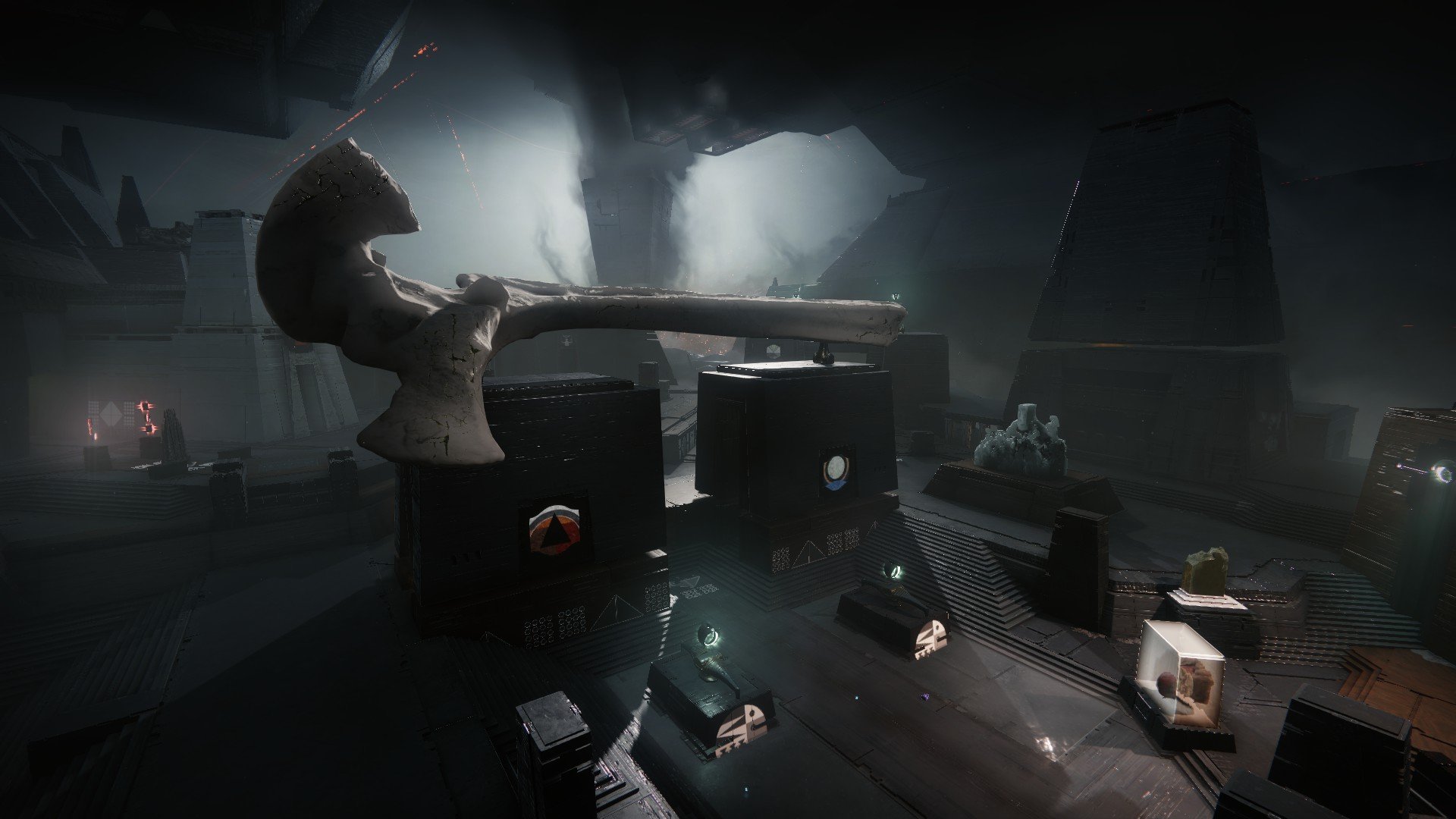 Destiny 2’s Vow of the Disciple raid is one of the most visually striking raids in the game thanks to its Darkness-inspired theme, taking place inside of a Pyramid stuck in Savathûn’s Throne World. The visual marvel begins as soon as you enter the first room, which plays host to the Acquisition encounter.

In the normal version of Acquisition, players should split into teams to take care of the Obelisks and read the symbols on the totems close to them. The first symbol on any totem will indicate the location of a Taken Knight: Pyramid means the left side, while Traveler means the right. The second symbol will indicate one of the rooms that players have to go into. Once they go in, a glyph for either Light or Darkness will pop up. The player inside the room should take out the corresponding Glyphkeeper, which will present a glyph. After doing this once for each totem, the Obelisks will glow and players should shoot the Obelisk with the three symbols that spawned from the Glyphkeepers. Do that three times and the encounter ends—when you’re not going after a challenge, that is.

Once every four weeks, though, Destiny 2 will offer the Swift Destruction challenge, which requires an extra layer of coordination to clear. Here’s how to finish the challenge for the first encounter in Vow of the Disciple.

How to complete the Acquisition challenge in Destiny 2

Normally, players split into two roles: runners and defenders. The runners will take out the enemies and head inside the rooms, while the defenders will protect the Obelisks from enemy fire. Throughout the encounter, three Unstoppable Abominations will appear during each round. To finish the challenge, players must kill them nearly at the same time. This means that at least each defender should have a weapon with Unstoppable capabilities and a weapon with high firepower to take them out.

Since the Unstoppables must die at the same time, players need to delay until all members of the fireteam are ready to take down the Champions. This means keeping the Unstoppables stunned consistently until everyone is ready. Ideally, you’ll want a Primary weapon to deal minimal damage to the Champion while stunning. Since you’ll have to stun them multiple times until everyone is in position, whittling their health down with a Special or Heavy (such as a glaive or a linear fusion rifle) can kill them early.

In our experience, the best moment to take down the Unstoppables is after the three symbols from the Glyphkeepers have appeared. Players can shoot them before or after hitting the corresponding symbols on the Obelisk depending on preference. Doing it early makes shooting the Obelisk safer, though it shaves off some time in case of emergencies. Doing it late, however, can mean players will have to dodge bolts of lightning while looking for a symbol.

Regardless of your choice, communicate with your fireteam and be sure you have Unstoppable Rounds at your disposal, both due to having the correct mod and to activating it (usually by ADSing without shooting for a couple of seconds). Counting down before stunning, then counting down again before shooting will be enough for most fireteams.

Players should also keep an eye on the lower left side of their screen, where some notifications pop up. These will tell you exactly when a Champion has been stunned or defeated, so counting the notifications can be a good way to gauge whether the team is ready to zero in on the kill. The game will notify the squad whenever a Champion has been stunned or defeated, so keep an eye out for these two triggers. Additionally, the Challenge Failed message will also appear.

If you’re willing to take the challenge, however, bring weapons with enough firepower to take down the Champion quickly. Gjallarhorn’s two-rocket magazine can do the trick, but if you only have a single-shot rocket launcher at your disposal, you should consider a linear fusion rifle or possibly Izanagi’s Burden instead. While two guardians with rocket launchers can easily make short work of the Champions, you might find yourself having to finish off the Unstoppable quickly and without backup, so linear fusion rifles present a good option.

After you’ve finished the encounter, you’ll get an extra chest for your troubles, which will give you another shot at specific loot from the encounter. This is particularly helpful for players looking for the Submission SMG, the Cataclysmic Heavy linear fusion, or the Deliverance Kinetic fusion rifle.