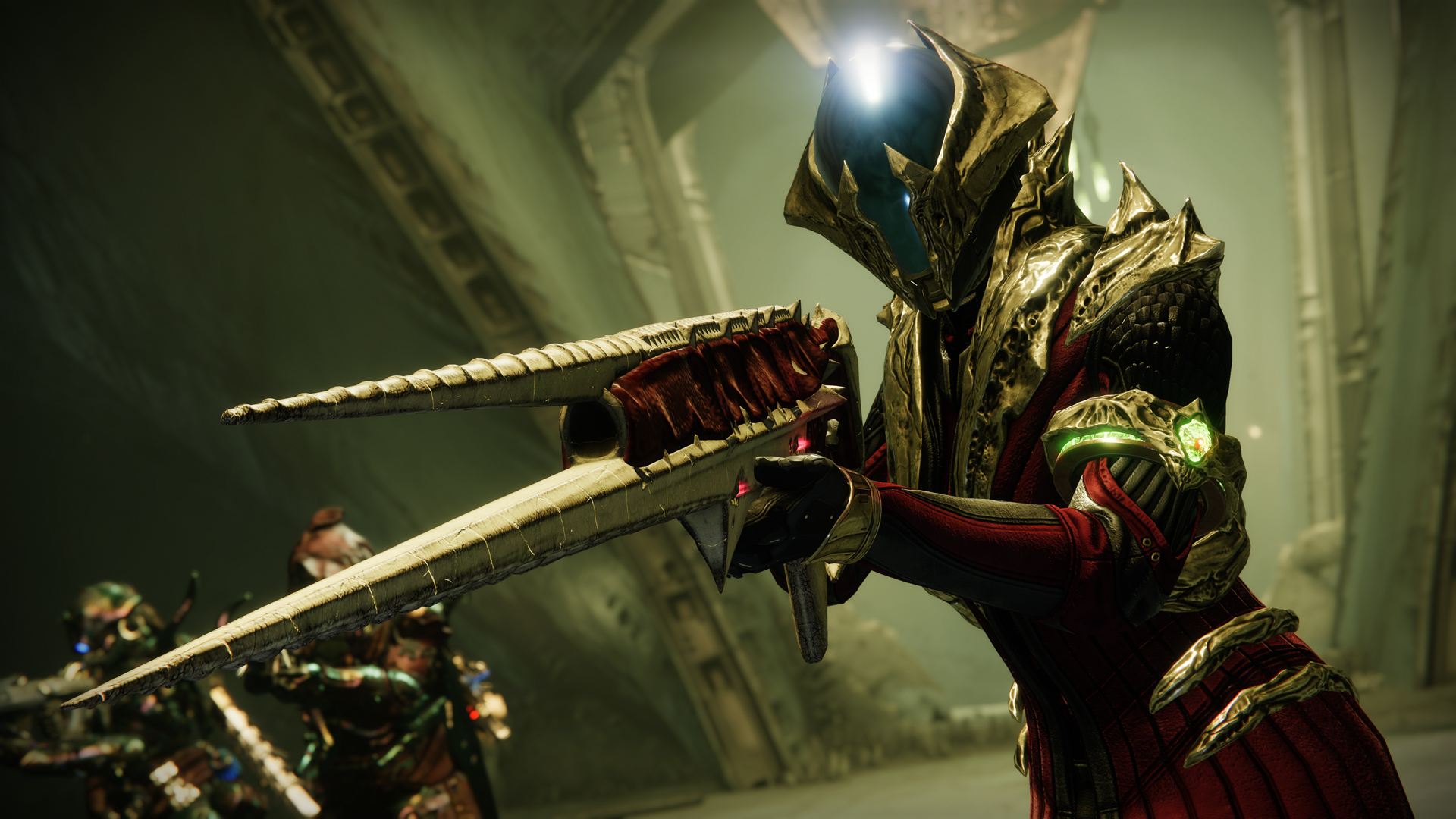 King’s Fall brings a few different challenges for players to complete if they’re looking to get extra gear (or even the raid’s Harrowed weapons). The cycle of challenges kicks off with the Totems encounter, the first full-fledged encounter in the raid and one that will introduce players to the Brand Stealer mechanic used throughout King’s Fall.

The Totems encounter requires players to shuffle buffs between the team to stay alive. There are two large Totems, one on each side of the room, and players need the correct buff to stand on them without taking damage, though the buff comes with a timer that kills you when it ends. The right side requires the Brand of the Weaver, while the left side needs the Brand of the Unraveler. And if you want to complete the The Grass is Always Greener challenge, you’ll need to swap places so you don’t get the same buff twice. Here’s how to finish this challenge and score some extra loot.

If you’re looking to complete this challenge, your fireteam can’t pick up the same Brand (Unraveler or Weaver) twice in a row. This means your squad will have to alternate between the right and the left Totems since each totem needs its own Brand.

The challenge shouldn’t present much trouble (at least not in the normal difficulty) as long as players recall where they came from and which way they’re going. The easiest way to do it is by jumping on the ledge on the opposite side you came from and kill the Wizard/Blightkeeper that spawn there. Keep in mind the right side seems to have more enemies, which makes it both a perfect place to stack Deathsinger’s Power and the harder side of the two.

As far as loadout suggestions go, you’ll need a hard-hitting weapon or ability to take down the Blightkeepers, as well as weapons with good add clear to stack Deathsinger’s Power more easily. Keep in mind the encounter has Unstoppable enemies, so adjust your gear accordingly. There are also some pesky knights on top of the balconies across both rooms, and it helps to hit them with anything better than a Primary. We’ve had success running Xenophage paired with a shotgun or fusion rifle, and a Primary that helps with Unstoppables and add clear. You can also run Leviathan’s Breath (thanks to its intrinsic Unstoppable) and keep your loadout options open. Lastly, Thunderlord or Trinity Ghoul aren’t bad ideas since they have plenty of add clear, and Thunderlord can also whittle down the health of the Blightkeepers.