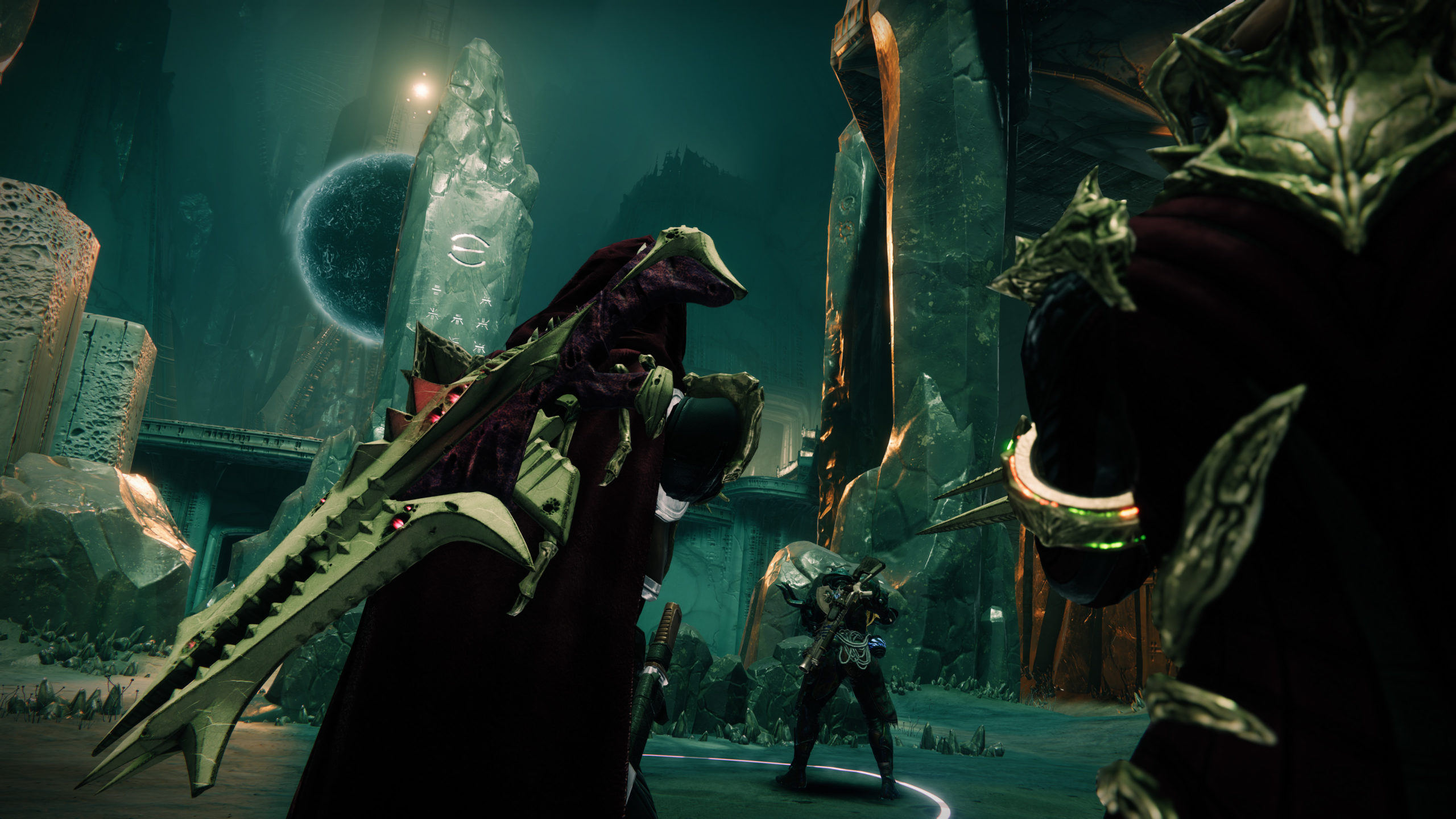 Destiny 2’s King’s Fall raid cuts close to the original version, with fights remaining largely the same in spirit. In the sequel’s version of the raid, however, players will encounter the Brand Stealer mechanic throughout most fights, and you’ll have to know it by heart if you want to take on the Devious Thievery challenge in the Warpriest encounter.

During the Warpriest encounter, players have to activate three plates in a specific order to spawn a buff called Aura of the Initiate, which will allow guardians to damage the Warpriest. As soon as a player steps on the third plate, they will receive the Brand of the Initiate buff and a timer will start counting down. If it stops, they die and the damage phase ends. The only way to avoid that is by having another ally steal that Aura from them using the encounter’s mechanics.

The regular version of the encounter requires players to use the Brand Claimer buff to steal the Aura of the Initiate from an ally, resetting its duration and lengthening the damage phase. To complete the Devious Thievery challenge, though, players have to swap the buff quickly, which involves some coordination with your team and just a bit of generosity on Blightguard spawns. Here’s what you need to know about it.

Normally, four members of the team camp out on the final plate while the Brand stealers track down the Blightguards, kill them, and rush back to the team to steal the Brand. Completing the Devious Thievery challenge requires players to steal the Brand within roughly five seconds of picking up the Brand Stealer buff, completely subverting the logic that goes in the normal encounter.

Once players step on the correct plates to trigger the damage, whoever has the Brand of the Initiate (i.e. whoever stepped on the last plate) should move toward the location of the first Blightguard’s spawn. The team should follow the player with the Aura (otherwise they can’t do any damage) and camp in the area.

The (hidden) timer for the Devious Thievery challenge only starts after picking up the Brand Stealer buff, which means players should wait until the Aura of the Initiate’s countdown is near the end before they obtain the Brand Stealer. This means killing the Blightguards quickly and letting the buff sit until it’s time to pick it up. Whoever has the Aura should count down to the end of the buff so allies know how long they have (though that seems to be standard practice in the encounter).

When the timer is close to zero, one player should pick up the Brand Stealer buff and then quickly steal the Brand from another player. This will reset the countdown and give players more time to repeat the cycle, moving toward the location of the next Blightguard. Since there are two Blightguards per damage phase, the fireteam will have to steal the buff twice, then brace for the Warpriest’s wipe attack by hiding behind the pillars in the boss room.

Players should keep their eyes out for a handful of potentially troublesome elements. The plate on the top left can be tricky to reach, which may shave off valuable seconds of your damage phase. Additionally, the constant need to move will give you less benefit from Well of Radiance, since you’ll only sit in the Well until it’s time for the whole squad to move out. This also means the whole fireteam will have to be quick on their feet to move when the Brand holder does—otherwise, they’ll be wasting valuable bullets on an Immune enemy.

The key to the Devious Thievery challenge is having assigned roles and clear communication. Having designated Brand stealers and plate holders can be key in the normal encounter, and the same principle applies to the challenge. Assigning specific players to Blightguard duty ensures there will always be someone to kill the Taken Knights and can avoid players stealing the Brand in quick succession. Likewise, both the Brand stealers and the Brand holders should communicate to their squad where they should move to if they want to maximize their damage window.

Though the Devious Thievery challenge can be tricky to grasp, it’s not too big of a departure compared to the base encounter, at least at the normal difficulty. Players should have enough time to beat the Warpriest before its Enrage mechanic, which takes place in the fourth phase, as long as they stick together and make the most out of the Aura to damage the Warpriest.