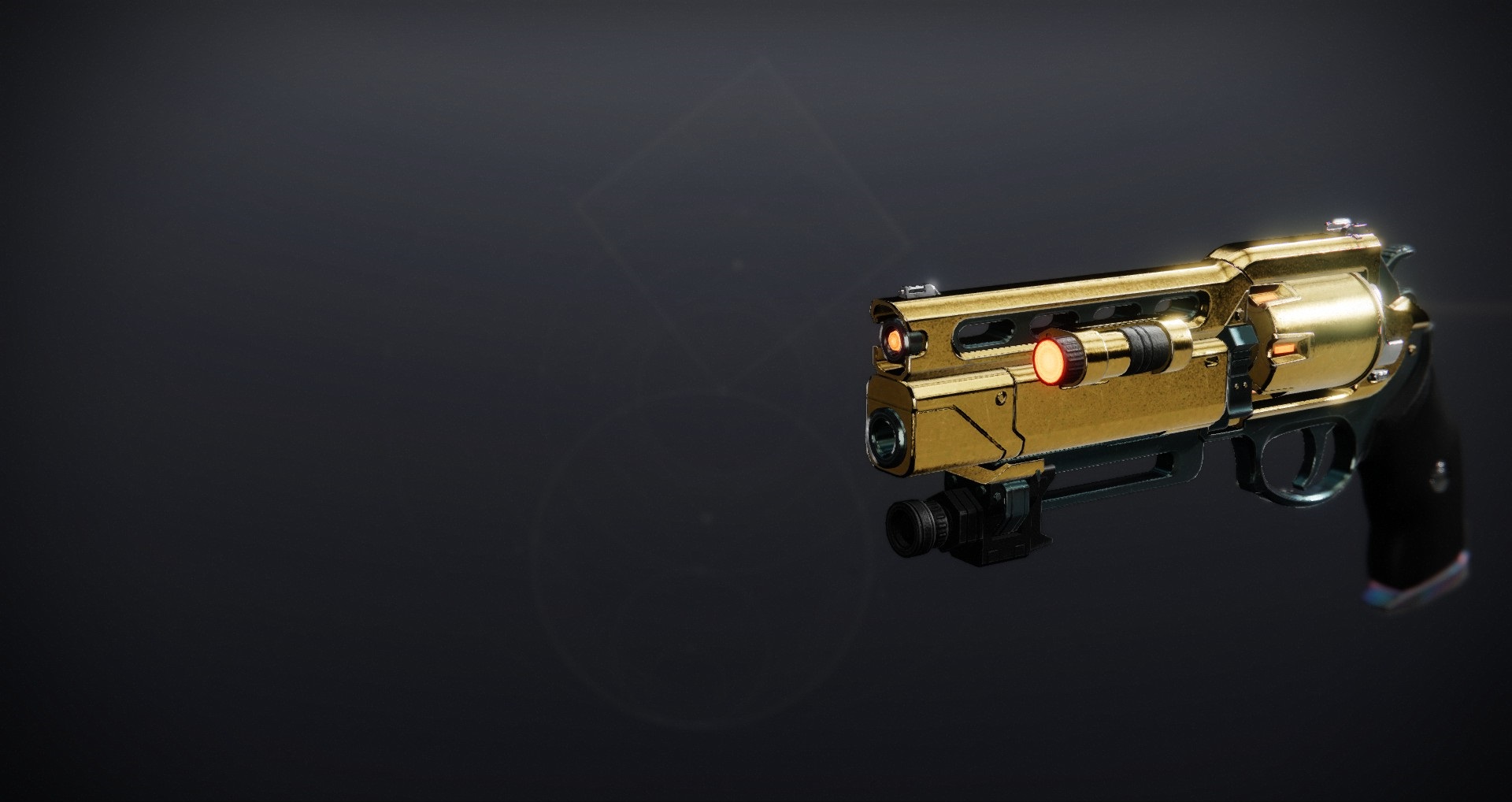 Destiny 2‘s Vault of Glass raid brings a true arsenal of weapons to players if they’re willing to grind for it. Fatebringer is one of the most unique weapons on the list, with a series of rolls that can add a fair deal of firepower to the Hand Cannon.

Fatebringer is one of the few weapons that can roll Firefly, making it a formidable budget Ace of Spades that could make Cayde-6 proud. If he didn’t gamble the weapon away or stash it somewhere, that is.

Though Firefly is one of Fatebringer’s most unique perks, it’s hardly the only choice. The weapon’s deep perk pool makes for a series of suitable “god rolls.” Here are the most popular Fatebringer rolls, according to light.gg.

Even though a few perks stand out on Fatebringer, finding a god roll is a highly subjective task. We’ll break down the perks and parts so you, too, can know what to look for in your own god roll—and what to avoid.

What’s not to like about a flat damage buff? Explosive Payload boosts Fatebringer’s damage across the board and vastly decreases its range falloff. Each shot also counts as two hits for stunning Overload Champions. This one is at the top of the food chain and for good reason.

A gimmick of the Vault of Glass weapons, Rewind Rounds adds some bullets back to the magazine after emptying a clip. It’s a useful perk, but for the most part, it doesn’t live up to Explosive Payload.

Increased target acquisition is useful, but having to ditch either Explosive Payload or Rewind Rounds in PvE activities makes it a steep price. For the Crucible, however, Tunnel Vision is one of the best perks in the slot.

These three perks are circumstantial. Killing Wind increases mobility and range for a short time after a kill. Osmosis can help in Match Game activities. Thresh is another way of generating Super. Although they’re useful in their own right, you’ll get better use out of Explosive Payload or Rewind Rounds 99 percent of the time.

One of the simplest damage buffs in Destiny 2 is also an important part of the Fatebringer god roll. It boosts damage by approximately 30 percent when reloading after a kill. It’s simple, yet effective. Frenzy or Firefly, however, also pair well with Fatebringer.

The Season of the Chosen perk increases damage, reload speed, and handling after being in combat for 12 seconds. The 15 percent damage buff is nothing to sneer at, but it’s around half of Kill Clip’s bonus. It’s a palpable increase to reload speed, however, and a good perk to take into higher-level content.

Dragonfly’s bigger, meaner cousin can roll on Fatebringer, and it’s an excellent tool for clearing adds. Firefly causes an explosion and boosts reload speed after killing an enemy with a critical hit. The blast will take out several trash mobs, particularly in lower-level content, and it’s an invaluable tool for most activities.

Opening Shot and Tunnel Vision is the god roll for PvP, and the extra accuracy and range on the first shot can help open up an attack on enemies. Outside of PvP, however, it’s not the most suitable choice.

In the same vein, Eye of the Storm likely won’t activate often in PvE, and certainly not enough to consider taking it over Kill Clip or Frenzy.

Adrenaline Junkie is essentially Kill Clip with extra steps and higher duration. Three stacks of Adrenaline Junkie grant a damage boost on pair with Kill Clip, but since it requires grenade kills to proc, Kill Clip is just the superior choice.

Barrels and magazines are far less important than perks when it comes to god rolls, but they can still highlight strengths or tone down weaknesses. There are some clear contenders, but in the end, it’s mostly up to personal preference.

Hammer-Forged Rifling is a free boost to Fatebringer’s range. Full Bore and Extended Barrel will give a bigger increase but with a drop in stability and handling, respectively. Most players tend to go with barrels that crank up the effective range, but Smallbore, Arrowhead Break, and Chambered Compensator can help manage the kick on the weapon if the recoil feels too strong.

Accurized Rounds is a great choice for players who want to get a boost to their range stat, but Tactical Mag provides a plethora of upgrades to reload speed, magazine size, and stability. Flared Magwell is excellent for players who want shorter reload times, though it becomes redundant with Frenzy or Firefly procs.

The Timelost version of Fatebringer drops from the weekly challenge on the master version of the Vault of Glass raid, and it follows the same god rolls as the regular Fatebringer—but with a little help.

Timelost weapons roll with two selectable perks in each column, and the bottom two will always be the curated roll. For Fatebringer, this means that the Timelost version of the weapon will necessarily drop with Explosive Payload and Firefly as the bottom perks, and players can mix and match with the rest of the perks.