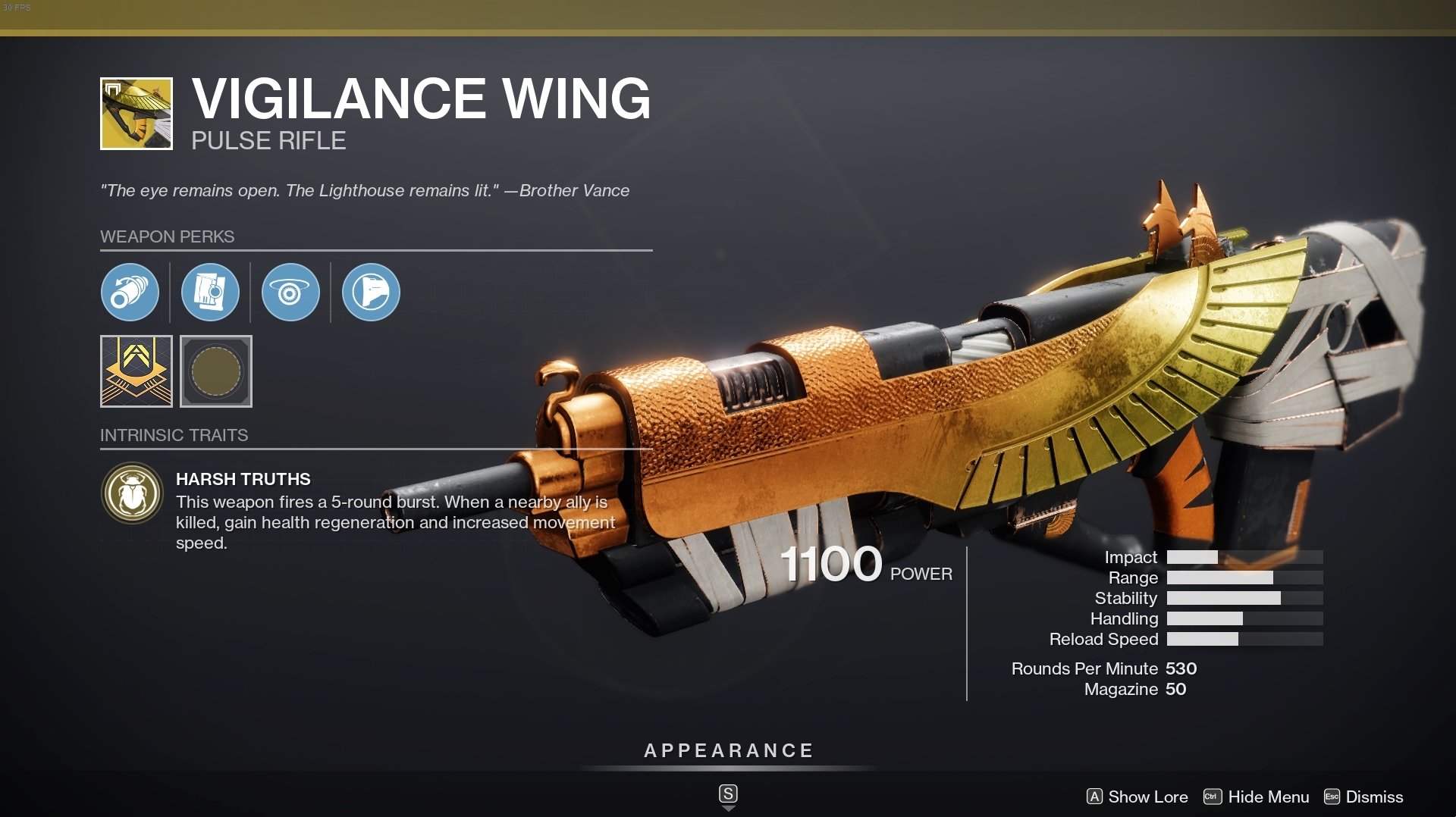 A classic exotic pulse rifle is now available for free in Destiny 2 for Prime Gaming members.

Vigilance Wing is an exotic pulse rifle from Destiny 2’s vanilla launch. It fires a five-round burst, and when a nearby ally is killed, you gain health regeneration and increased movement speed. Basically, if your fireteam members suck, it will buff you.

Vigilance Wing is especially useful in Crucible and Trials of Osiris, and it’s still a strong gun all these years later. With its five-round burst, if you aim toward the enemy’s midsection, it will jump up to the head for maximum damage.

May 2021’s loot drop also includes the Book of the Dead ornament for Vigilance Wing, the Ravager’s Ride exotic sparrow, and the new House of Light projection for your Ghost.

To pick up the loot, first link your Prime Gaming account to your Bungie account. Then, once you go to Destiny 2’s Prime Gaming page and claim the loot, you can pick it up in-game by visiting Amanda Holliday in the hangar section of the Tower.

There are five more Prime Gaming loot drops scheduled for Destiny 2 in 2021, so make sure to link your accounts and grab them while they’re active.