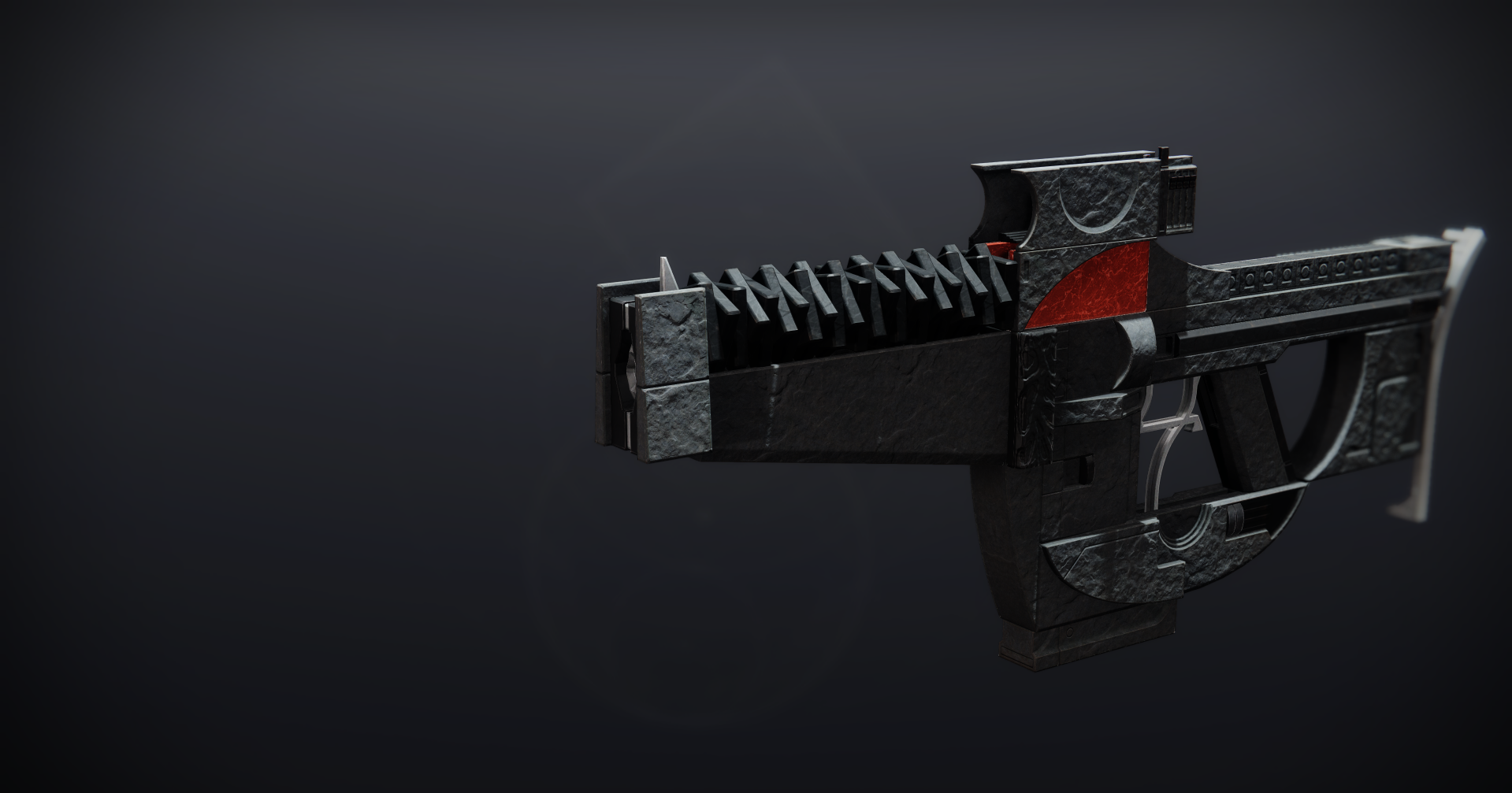 Deliverance is Destiny 2‘s first Kinetic fusion rifle, dropping from the Vow of the Disciple raid and bringing with it a Stasis element. Its arrival comes at a fortuitous time, particularly for PvP players, since fusion rifles can dominate the Crucible with the right builds. Beyond the initial appeal of a fusion rifle that can be paired with Sunshot, Shayura’s Wrath, or other Kinetic weapons for the first time, Deliverance has a suite of strong perk combinations in both a PvP and PvE setting.

While a Precision Frame fusion rifle isn’t a traditionally optimal option in PvE, Deliverance’s strong utility with perks like Demolitionist and Chill Clip make a strong case for farming at least one PvE roll from the raid. Precision Frames in the Crucible, on the other hand, are one of the most powerful options you can choose, with a perfect blend of range and quick charge times. Bungie has nerfed a variety of specific perks on fusion rifles to try and curtail this strength, but Deliverance has potent options beyond these outliers that can make a statement against opposing Guardians.

The fact that Deliverance is a Stasis fusion rifle may surprisingly be the least interesting thing about the weapon, but also means it’s still an excellent choice to pair with a Stasis subclass build for higher-end content. While the number of Stasis weapons will expand over time, the limited pool of options available makes Deliverance an appealing piece of loot as the only fusion rifle powered by the icy strength of the Darkness.

There are many options for where to take your roll, but here’s our god roll for Deliverance in both PvP and PvE:

While players may immediately gravitate toward range-enhancing choices for Deliverance, these bonuses offer only minimal improvements to Deliverance’s effective kill potential. Projection Fuse can be enough to get the extra meter of range out of it and your barrel and perk choices should then focus instead on the stability of the weapon. Stability is key to the efficacy of fusion rifles alongside recoil direction. Hhitting every bolt of a charged shot is required to consistently kill Guardians with one blast. Perpetual Motion’s ability to give you that stability for the simple act of moving makes it a no-brainer.

The PvE god roll is less dependent on squeezing the maximum out of each of the gun’s statistics, meaning more focus can go to its utility choices. Demolitionist being in the first column makes it a perfect pairing with Adrenaline Junkie for a synergistic gameplay loop. Rapid bursts of grenade energy allow you to throw more grenades and keep those five stacks of Adrenaline Junkie’s damage boost consistently active. But if the explosive playstyle isn’t quite your speed, Chill Clip is a great option for investing in the Stasis aspect of Deliverance.

But a gun is more than just its god roll, and your random Deliverance drops might not land quite so perfectly. Here’s each of its perks and the best options among them.

Demolitionist doesn’t need much of an introduction. It has a long history in Destiny 2’s perk pool and a simple function with an easy-to-grasp potential. Grenades, especially with Void 3.0 or certain Stasis builds, can make higher-difficulty content much easier if you have them available regularly. A perk that lets you get free grenade energy just for getting kills with the weapon has a lot of value in both PvE and PvP environments to get the upper hand. Pairing a Demolitionist Deliverance with the Renewal Grasps Exotic on Hunter could make you an unkillable menace in the Crucible.

Perks that require little to activate and give you a lot in return will always be favored by the community, so it’s no surprise Perpetual Motion has been making waves since its introduction. Fusion rifles require stability bonuses to perform their best in PvP, and stacks of Perpetual Motion give you stability, handling, and reload speed bonuses just for staying on the move. It helps to make Deliverance’s damage output more reliable, with the full set of fired bolts easier to land on a distant target.

Heating Up, Sleight Of Hand and Steady Hands

These three perks compete in a similar field, requiring at least one kill before their bonuses can activate. Heating Up’s boosts to accuracy, recoil, and stability after a kill have made it a popular Crucible pick on many weapons, but fusion rifles like Deliverance tend to require those benefits to get that first kill, if possible. It’s not a bad choice, but Perpetual Motion does much of the same without any similar requirements.

Sleight Of Hand and Steady Hands suffer similar fates, struggling against comparisons to the benefits of Perpetual Motion but still strong choices if you can’t get the god roll. Sleight Of Hand is the strongest option since its big bonuses to stability, handling, and reload speed only need the player to get a kill while the fusion rifle is stowed. This means getting a pick with your primary weapon before diving in closer with Deliverance lets your fusion rifle perform better, and it pairs perfectly with Harmony in the second column, which grants increased damage similarly following a kill while the weapon is stowed.

Cornered is a niche perk but powerful if the changes to charge time that it offers don’t throw off your game. When surrounded by enemies, Cornered will allow you to fire off shots faster and thus synergizes well with Surrounded in the second perk column.  While neither perk is particularly considered the best option available, a roll of Deliverance with the pair of them combined offers enough complimentary power that it can make for a deadly PvE roll.

As with many other guns, Compulsive Reloader struggles to carve a place for itself among more consistently effective perk options. However, players wanting to get the most out of Chill Clip might find a spot for Compulsive Reloader in their roll of Deliverance. Chill Clip provides shots empowered with Stasis in the top half of the magazine exclusively, meaning that Compulsive Reloader can actually be a good pairing if you want to keep enjoying Chill Clip’s benefits and find yourself regularly reloading after only a few shots fired.

If Deliverance had been released only a few months ago, Tap The Trigger may have been the perfect option in a PvP god roll. However, Bungie recently nerfed the perk’s strength on fusion rifles after deeming that its benefits were giving the weapon archetype too much power in the Crucible. It’s still a great option for players, though it offers less of a significant stability bonus.

Successful Warm-Up has been making a name for itself as a good replacement option, giving you a faster charge time after a kill but without the reduction in damage that something like Accelerated Coils comes with. This can give you an edge against other fusion rifle-wielding Guardians with similar base charge times to contend with. Your success with this perk, however, depends on how easily you can shake your muscle memory from the original charge time.

These two perks represent your more traditional damage-boosting choices for the second column. While Harmony is only a 20 percent increase, the perk is active for seven seconds, which is nearly double how long Adrenaline Junkie lasts. The fact that activation requires a kill with another weapon while Deliverance is stowed also means you can enjoy a damage boost to the fusion rifle without needing to expend any of the limited special ammo you have available in PvP.

Adrenaline Junkie is still a good option, but getting the most of it requires a potent grenade build. More than likely, this perk will only realize its full potential on Deliverance in PvE settings where you have more ammo and enemies to work with to keep the damage boost active. But in that setting, when paired with Demolitionist, its full potential will be devastating.

Chill Clip is a unique new perk added with The Witch Queen, functioning as a Stasis equivalent to Reservoir Burst on Deliverance. While it might not be quite as explosive, the ability to consistently apply Slow stacks to enemies in PvE makes for not only great crowd control but also great buildcrafting with the Stasis subclass. Several Fragments provide benefits when opponents are affected by Stasis, and your fusion rifle being able to apply Slow so easily gives you options beyond just your abilities to get the most out of Fragments during an encounter.

Surrounded might have a more specific use case than other perks, but the 30 percent damage boost in a crowded room of enemies isn’t anything to scoff at. The perk also synergizes perfectly with Cornered in the first column with similar activation requirements. Getting the most out of these perks might be difficult with the lack of enemy density in many PvE activities. But when there’s enough of a crowd for Surrounded to grant you the major boost to damage, Deliverance will be a deadly choice of fusion rifle against even the tankier combatants in Destiny 2.

Bait And Switch struggles to compete against the amazing options in Deliverance’s second column. The 20 percent damage boost it offers is matched by Harmony and exceeded by Adrenaline Junkie or Surrounded. Unless the perk receives some love from Bungie later down the line, it’s hard to recommend against its competitors. However, the 20 percent damage boost does last for a sizable 10-second window compared to Harmony’s seven seconds. If you can deliver damage with all three of your equipped weapons to activate Bait And Switch, Deliverance will enjoy its deadly performance upgrade for a hefty chunk of time.