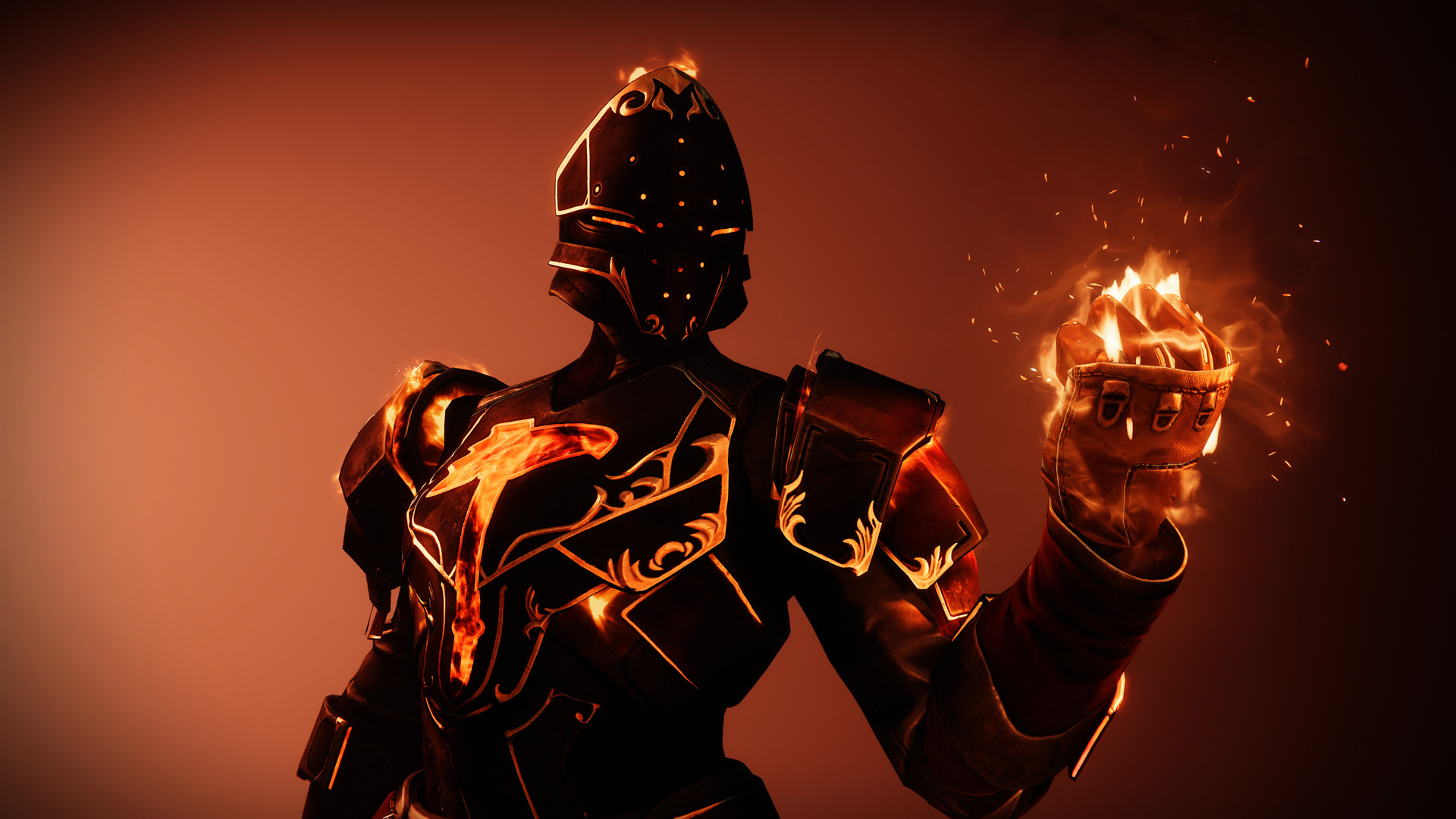 The release of Season of the Haunted brought the second 3.0 subclass, months after The Witch Queen gave players overhauled Void subclasses. Titans got some love with Solar 3.0, especially when paired with Resilience changes, which gave them more reason to spec into the attribute that governs their class skill.

Solar 3.0 saw the transformation of both Sunspots (now as Sol Invictus) and Roaring Flames into Aspects, removing their skill tree restriction. Additionally, Consecration gave Titans another tool to bring to the fight, in the form of a high-powered melee attack. Fragments lean into the new buffs and debuffs with Solar 3.0, including Radiant, Scorch, and Ignitions, with the Throwing Hammer in particular shining because of how easy applying Radiant with it is.

Another layer to Solar 3.0 are new weapons that can roll with Incandescent. With this perk, kills will make an explosion that spreads Scorch to nearby targets, further synergizing with Solar 3.0.

We’ve set aside four of the builds we’ve been using with Titans in Solar 3.0 to give you ideas of what you want to build. Though these can serve as templates, you should tweak them to adjust to your playstyle, especially when it comes to mod and fragment choices.

With Solar 3.0 and the changes to Resilience, dying as a Solar Titan is harder than ever thanks to the power from Loreley Splendor Helm, which released alongside The Witch Queen. Loreley will consume your class ability to create a Sunspot with improved Restoration whenever you’re critically damaged or whenever you cast your barricade, which means you can take advantage of that Sunspot to heal up when you’re in danger. Having high Resilience is essential both due to its damage mitigation and the decreased cooldown on your Barricade.

Loreley is the core of this build, but Sol Invictus helps by creating even more Sunspots throughout the field, which apply Restoration when you step on them. The second Aspect is a matter of personal preference. Consecration offers a quick way to clear an area and generate Sunspots, while Roaring Flames will give you more power on your other Solar abilities.

For this build, you’ll usually want to go with Rally Barricade due to its shorter cooldown, and you can throw in a healing grenade for extra survivability or go with your grenade of choice to deal damage. You’ll also want to bring the Throwing Hammer for the Cure effect when you pick it up, as well as the Radiant buff on demand thanks to Ember of Torches.

As far as mods go, there aren’t that many restrictions or necessities. You can use your Elemental Well mods of choice and pair them with Well of Life, which regenerates your health upon picking up a Solar Elemental Well, or with Font of Might for extra damage. The core survivability of this build exists without any of those mods, though, so there’s no need to check Ada’s stock every day if you’re looking for anything in particular.

Titans got a flashy new melee attack with Solar 3.0 thanks to the Consecration Aspect, and this build takes it to the max. This is our take on content creator Ehroar’s Consecration build, and one that’s helped us through a series of activities so far. The premise behind it is simple: find a group of enemies, then slide into them and use your Consecration to wipe them out. It’s simple, but it’s effective. Pair that with different sources of melee energy, and you’ll barely have to wait between Consecrations.

Heart of Inmost Light will empower your melee attacks if you use your Barricade or a grenade, increasing its damage and regeneration. You’ll also have a tremendous uptime on Radiant thanks to Ember of Torches and your Throwing Hammer. You’ll also benefit from having Elemental Well and Kickstart mods to refill your abilities in addition to Heart of Inmost Light. We follow Ehroar’s advice and do Bountiful Wells, Explosive Wellmaker, and Melee Wellmaker, which also opens up more space for other mods. You could use Elemental Charge and Heavy-Handed to round out or invest in other Elemental Well mods like Well of Life.

Before Solar 3.0, Solar Titans who enjoyed bonking enemies with their little hammers looked jealously at other Solar Titans who could make their own Sunspots from thin air. Now, though, you can make that fantasy come true thanks to the Sol Invictus Aspect, which will create a Sunspot on every Throwing Hammer kill. Roaring Flames, another part of the subclass, is also present in this build, keeping it as close to the middle tree as possible—with the bonus of having Sunspots on kills.

We recommend Heart of Inmost Light for this build, though you can get by with your Exotic of choice. Heart of Inmost Light will empower your abilities, however, and Roaring Flames will also boost their damage, making you a hammer-throwing machine. Synthoceps and Wormgod Caress are also good choices for maximum bonking.

If you were having a perfectly good time before Sunspots came along, then there’s no reason to spec into them if you don’t want to. Roaring Flames and Consecration can make for a good combo if you don’t like staying in one place too long, and they synergize well to make a destructive shockwave of ignitions since Consecration will ignite Scorched targets in its path.

The Fragment choice takes advantage of how easy it is to apply Scorch and Ignitions to enemies thanks to the Aspects, with Roaring Flames scorching enemies with normal melee attacks while it’s active. This is perfect for ability spamming, and as such, Heart of Inmost Light is perfect for buffing these abilities.