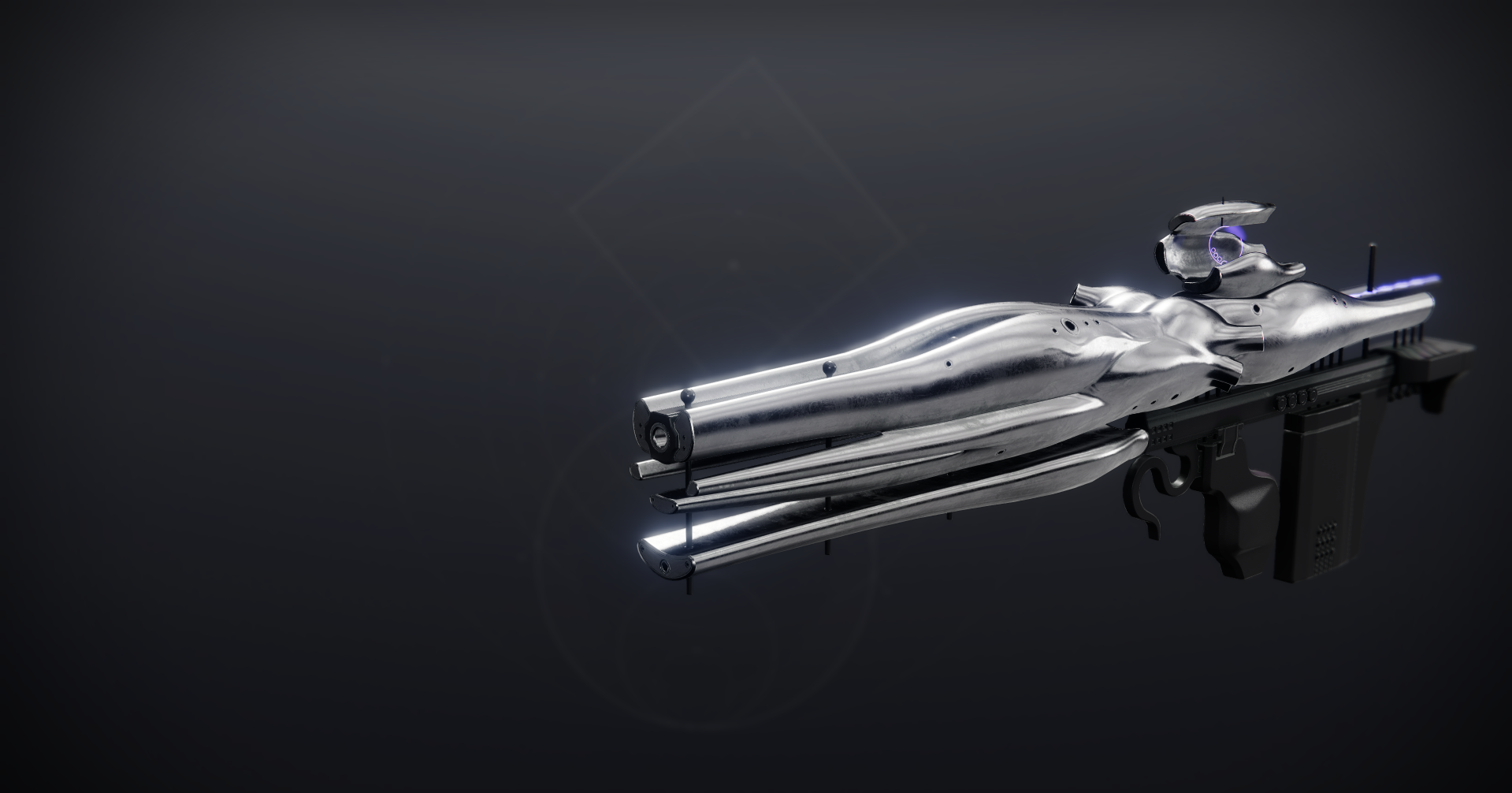 Each of the Legendary weapons has an acquirable pattern for crafting, as well as their own set of unique perks tied to the raid. Vow of the Disciple’s Origin Trait, Souldrinker, is integrated on all of these guns and allows the player to gain health based on the number of hits before reloading. When paired with some of the potential random rolls, these additions to your arsenal promise to pack quite the punch.

Here are all of the new raid weapons from Vow of the Disciple in Destiny 2.

Submission is a Lightweight Frame SMG in the Kinetic slot, putting it in the same 900 RPM class as other top contenders in the archetype such as Funnelweb and the Multimach CCX. While its base stats fail to match these two outliers in some areas, Submission’s perk pool features perks such as Sleight of Hand, which can give the weapon a big boost in handling, stability, and reload speed. With 37 bullets in the magazine and a quick fire rate, Submission will significantly benefit from the Souldrinker Origin Trait, offering a level of sustain you can’t get from similar SMGs.

While the Particle Deconstruction Artifact mod may have gone away with the conclusion of Season of the Lost, linear fusion rifles still pack a punch in boss fights. Cataclysmic offers all the greatest hits for the archetype, with perks such as High-Impact Reserves and Box Breathing making a return. It can also uniquely roll with Dragonfly in the third perk column, allowing you to stack it with an additional damage-related perk in the fourth column.

Insidious belongs to the rare Aggressive Burst Frame of Pulse Rifles, with only boasts a few notable weapons such as Sacred Provenance from Garden of Salvation and the now-sunset Blast Furnace. Perks like Rapid Hit and Sleight of Hand are on the table for powerful utility options. The raid-exclusive Bait and Switch perk synergizes well with the rest of your arsenal, giving you a damage boost on the gun after dealing a small amount of damage with each equipped weapon in a short time.

Forbearance continues the recent Destiny 2 trend of new grenade launchers filling out the Wave Frame category. Whether Forbearance can stand up to Season of the Hunt’s Deafening Whisper will come down to its damage perks, but the Sleight of Hand and Bait and Switch combination has the potential to make Forbearance a dominant force. It is also the only Arc Wave Frame Grenade Launcher in Destiny 2 as of The Witch Queen‘s release, making it a useful acquisition for content with the Match Game modifier.

While Precision Frame fusion rifles might not often be the talk of the town, Deliverance will be. After all, it’s the first Legendary Fusion Rifle in the Kinetic slot, thanks to Stasis. This has a major impact on the potential of future Fusion Rifle builds that traditionally have been shackled to the Energy Weapon slot. It also comes with the new Season of the Risen perk Successful Warm-Up, which has been a powerful tool for making Fusion Rifles faster in dense encounters. Old favorites like Tap The Trigger are here as well, alongside Vow’s exclusive perks, making Deliverance’s entrance into the Kinetic slot an impressive one.

Lubrae’s Ruin offers a new Solar flavor to the Glaive. Souldrinker has the potential to be incredibly potent on this weapon since one of the glaives’ key struggles in endgame content comes down to survivability. Vow of the Disciple’s Origin Trait could mitigate this weakness, depending on whether or not the melee hits count toward the total health gained when reloading.

Vow of the Disciple’s raid Exotic appears to be another random drop after beating the final encounter. Its power lies in its ability to leech Void-related debuffs. If an enemy is affected by Weaken, Volatile, or Suppress—the three Void 3.0 effects—shooting that enemy with Collective Obligation will store that debuff in the weapon. If the target is affected by all three, you can store all three for maximum impact. If you swap firing modes after this, you activate a 10-second window where all of your shots from the Pulse Rifle have the leeched effects. The ability to efficiently outsource these potent debuffs with only a Pulse Rifle could be powerful in harder endgame content.