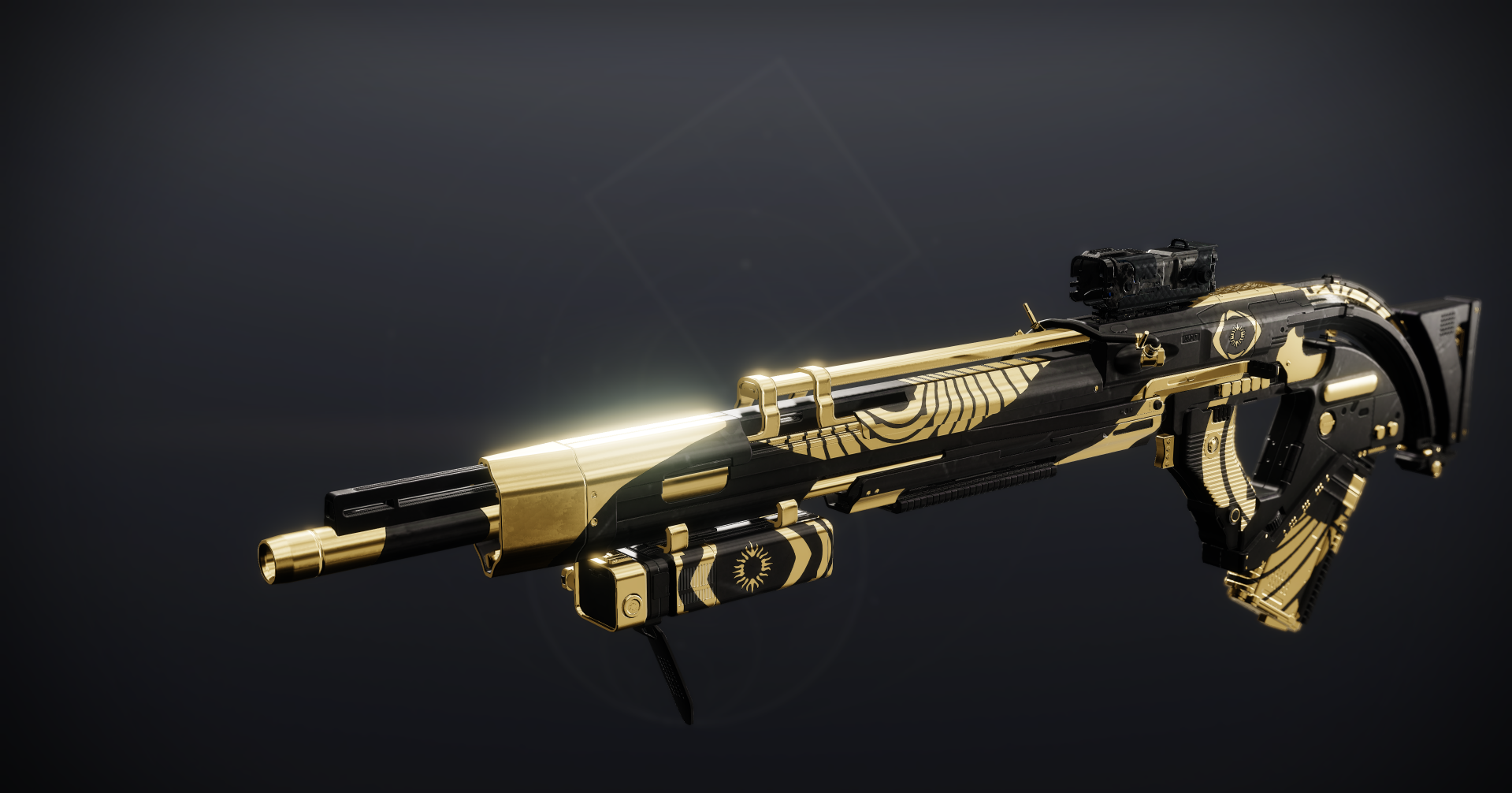 After a few weeks of downtime at the beginning of The Witch Queen, Trials of Osiris went live again, bringing some new weapons to Destiny 2. At first, changes to the rewards on offer may appear minimal in their impact. Only a few weapons have been switched out, replaced by a new scout rifle and a refurbished version of The Summoner.

That new scout rifle, Aisha’s Embrace, is a lot more than it may appear at first glance. It’s a 260rpm scout rifle, an archetype that makes it significantly more desirable than other scout rifles in a PvP setting. It also deals Void damage, making it an almost essential piece of loot after the Void 3.0 rework.

The Trials Origin trait, Alacrity, also gives Aisha’s Embrace passive boosts across the board in stats such as range and aim assist that let it stand out in the crowd in the clutch moments or when solo. When paired with some of the rare perk combinations unique to this weapon, it’s soon clear that the perk pool accommodates builds that let this Trials of Osiris gun not only stand out in its intended competitive setting but endgame PvE content as well.

Here’s our god roll for Aisha’s Embrace in both PvP and PvE:

While a god roll is in the eye of the beholder, these two builds focus on playing to the strengths of Aisha’s Embrace in both activities. In the Crucible, a lack of damage-boosting perks like Kill Clip means the god roll instead focuses on consistency in duels. The perks all work in tandem with Alacrity to make Aisha’s Embrace an incredibly stable and accurate weapon in all gunfights. High-Caliber Rounds feels like a necessary inclusion, giving your shots the ability to severely flinch opponents and give you the edge.

In a season with the Anti-Barrier Scout Rifle mod, PvE rolls instead focus on building Aisha’s Embrace for high-level Nightfalls. Triple Tap and Vorpal Weapon are a trusted combination that gives you both the ammo and damage you need to deal with Champions at range. Focused Fury is a less popular choice, but if you’re already dealing enough precision damage on big targets to trigger Triple Tap, you’re probably going to activate Focused Fury as well.

Of course, these aren’t all the available perks, and some variations might suit your playstyle more than any meta-defining roll will. Here are the available perks and which ones synergize well with the strengths of Aisha’s Embrace.

Stats For All (PvE)

Stats For All is a new perk introduced in Season of the Risen, best paired with its sister perk One For All to buff every attribute of the weapon dramatically after hitting three targets. Unfortunately for players, One For All is not available on Aisha’s Embrace, somewhat weakening the impact of this perk. However, the easy-to-activate buff to handling, stability, reload and range makes it a great perk in a PvE environment regardless.

Both of these perks offer more niche benefits, but can still be potent in the right hands. Tunnel Vision’s activation cost of a kill and subsequent reload can make it hard to use reliably, but players who can trigger it will find this perk dominant in PvP. Unrelenting is similarly reliant on a high activation cost of multiple kills to trigger its health regeneration, but can be a clutch option if you often get into intense fights.

While traditionally famed for its effectiveness on sniper rifles, Triple Tap is just as useful on a scout rifle like Aisha’s Embrace in PvE. As endgame content gets harder and enemies have more health, the ability to return rounds to the magazine based on precision hits allows you to keep outputting damage far past the time you should have had to reload. When paired with perks that increase the amount of damage each bullet does, it’s a deadly slice of utility.

Unlike other perks that struggle with a complex activation trigger, Perpetual Motion’s simple requirement of moving makes its bonuses to stability, handling, and reload speed hard to pass up. You move often in Destiny 2 already, and as long as you don’t stop moving, you can keep Perpetual Motion’s benefits active at all times.

Shoot To Loot and Compulsive Reloader

Both of these perks are mostly recommended for players who enjoy the playstyle they encourage. They struggle to get value against perks like Stats For All or Triple Tap due to their rare use cases. Shoot To Loot can be good in endgame content, removing the potential risks of diving out of cover for ammo, while Compulsive Reloader is strong in more casual PvE content, offering rapid reload speed if 70 percent of the magazine still remains.

It might not be the beloved darling that is Kill Clip, but Multikill Clip can still have a big impact. Even one stack can provide the weapon with a 17 percent damage buff, giving it a tangible impact in both PvP and PvE. Whether the difference in damage is enough to override the consistency Eye of the Storm can provide is up to personal preference. In PvE, achieving a full three stacks of Multikill Clip and a 50 percent damage buff is much more attainable, making it a deadly perk in enemy-dense content.

Vorpal Weapon’s power lies in the bonus damage it dishes out to Champions. While it’s only a 20 percent damage buff compared to the potential 50 percent of Multikill Clip, Vorpal Weapon has no activation requirements beyond the type of enemy you’re shooting. It makes fighting Champions noticeably easier and gives scout rifles in particular an edge in Grandmaster Nightfalls, where enemies have significantly more health.

Eye Of The Storm (PvP)

Eye of the Storm is somewhat underrated, with players often thinking that accuracy and handling at the cost of health isn’t a worthwhile risk. However, in a PvP environment as you duel an opponent, you are inevitably going to take damage. The bump that Eye of the Storm can provide to Aisha’s Embrace as you take that damage gives you the chance to come out on top. It scales as your health falls further too, making the most important shots you fire the most accurate toward the end of any fight.

These perks can be powerful, but struggle against similar options available in Aisha’s Embrace’s pool. Fourth Time’s The Charm is a potentially entertaining combination with Triple Tap for an endless magazine, but whether sacrificing the chance at a damage-increasing perk is worth it is up to individual interpretation. Focused Fury’s damage bonus is significant, but whether or not you want to take it over Multikill Clip or Vorpal Weapon is dependent on how consistently you can hit the needed precision shots in the top half of the magazine.

These perks suffer in the face of more ideal options in the rest of the perk pool. Turnabout can potentially increase your survivability. It generates an overshield after breaking a combatant’s shield, but Aisha’s Embrace is a Scout Rifle you’ll often use at ranges where an overshield isn’t necessary. Adagio’s functionality is interesting, effectively changing the fire rate of the weapon after a kill and increasing its damage temporarily, but the perk has struggled to find a spot in the meta due to the lack of consistency and how it can change the feel of a weapon.