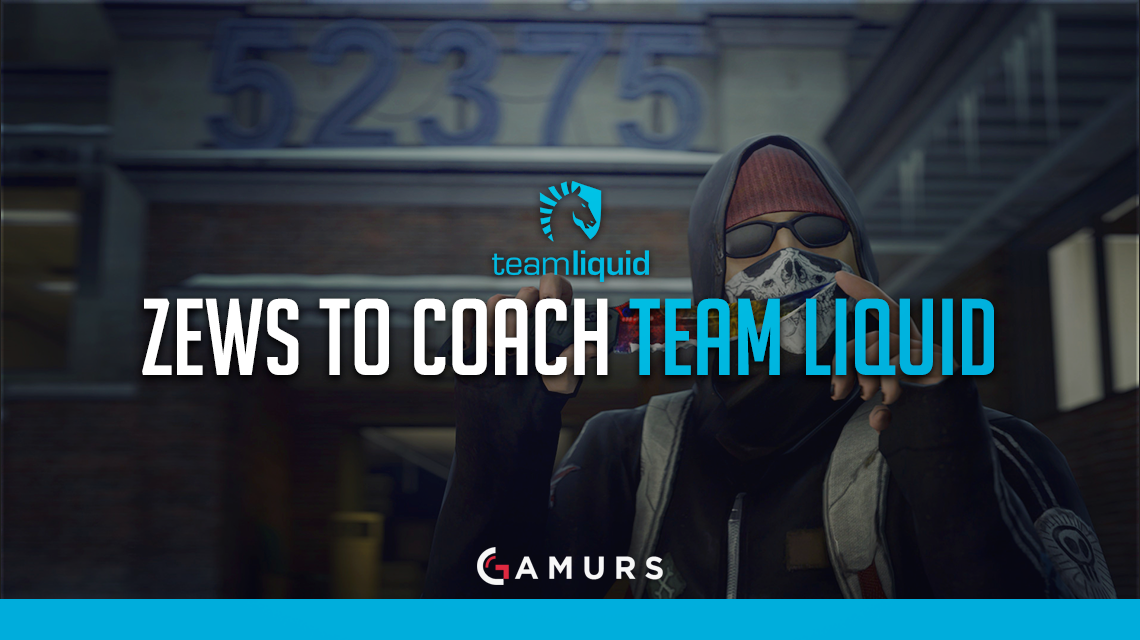 Former Immortals player and SK Gaming coach, Wilton “zews” Prado, has made a surprise appearance at Northern Arena in the form of coaching Team Liquid. The Major winning coach is offering his coaching expertise to the team at the ongoing Northern Arena, and will continue to do so for a short time after the tournament is over.

The addition of zews to Team Liquid is surely an effort to bolster the organization’s results since the departure of both Oleksandr “s1mple” Kostyliev and Luis “peacemaker” Tadeu. Team Liquid recently attended the LAN Finals of the ESL Pro League Season 4, where they went home in the group stages, suffering 16-2 and 16-4 losses to OpTic Gaming and Team EnVyUs respectively. Prado’s arrival should bring a much-needed leader to a team full of players capable of much better results.

Liquid’s CEO, Steve “liquid112” Arhancet, has stated on Twitter that zews will coach the team at Northern Arena and at IEM Oakland, which will take place next week. Beyond that, zews’ position on the team is uncertain. It will certainly be exciting to follow Team Liquid’s progress with a seasoned mind behind them once more.

How do you think Team Liquid will do with zews behind them? Let us know by commenting below or tweeting us @GAMURScom.