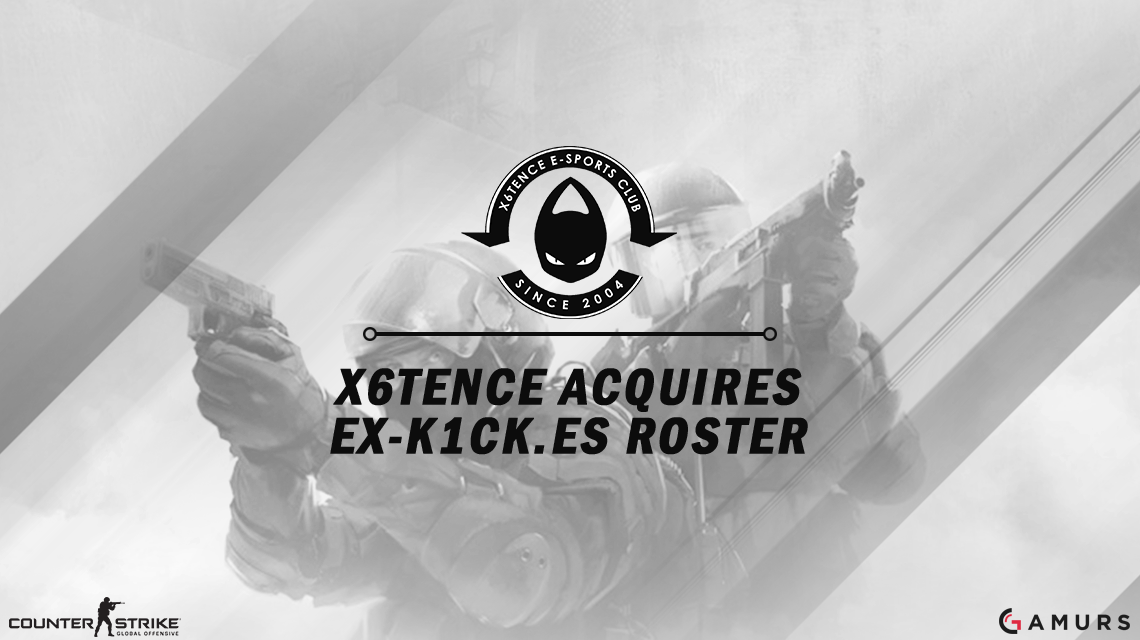 The Spanish organization x6tence has announced that they have acquired the Spanish Counter-Strike: Global Offensive roster of ex-k1ck.es for the current season. The squad will continue to be coached by their k1ck.es coach, Laratz “dracU” Dominguez.

According to the official statement, the team will be heading to the Inferno Online boot camp in Stockholm, Sweden to prepare for the $15,000 Assembly Winter event, scheduled to take place in Helsinki, Finland from Feb. 3 to 4.

What do you think of the new x6tence roster? Let us know below or @GAMURScom.